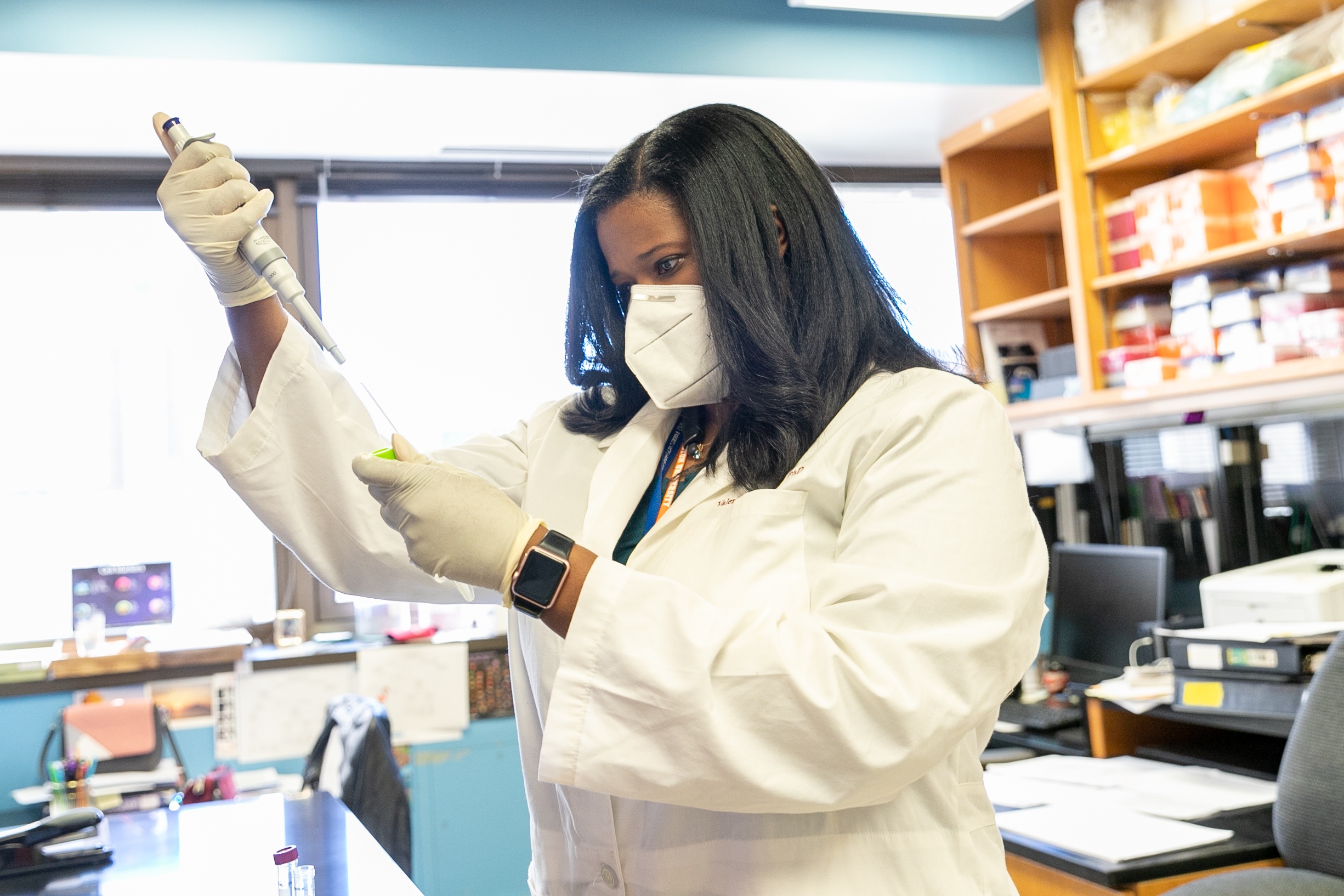 Home - On Your Health - Changing the complexion of science

Science has a diversity problem. And so does the Oklahoma Medical Research Foundation.

In this, our 75th year, we have a rich history to celebrate. But there is one chapter of our story that is sorely lacking: Black scientists. 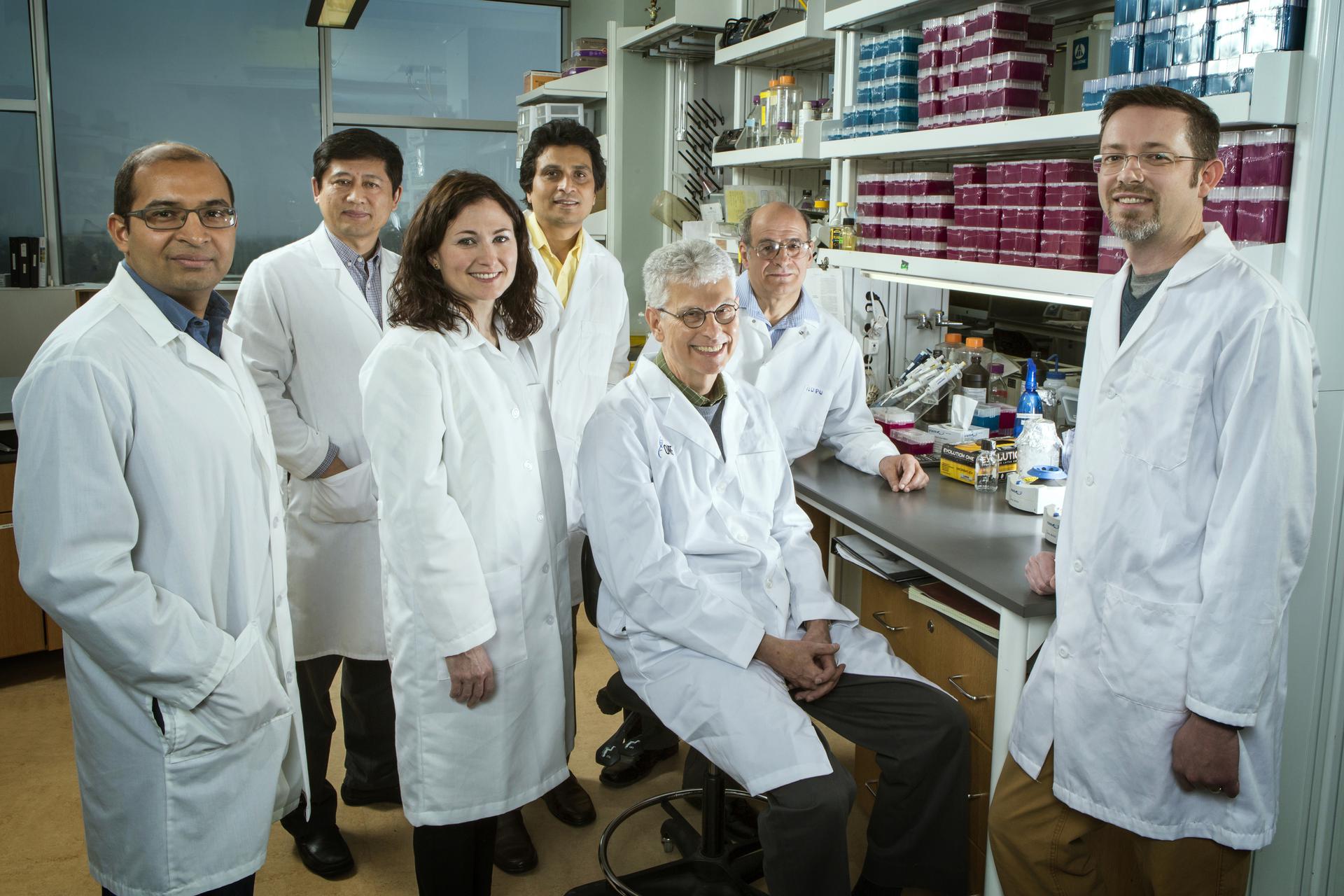 They are our faculty, the senior scientists who map the course of the scientific projects we undertake at OMRF. As such, we make a considerable investment in each one, to the tune of more than $1 million apiece to help them start their labs at OMRF. And we compete mightily with other institutions around the country to recruit them.

The first step to becoming a PI is to earn a bachelor’s degree, typically in the biological sciences. After that, it’s on to graduate school for a doctorate. (Most earn PhDs, while a smaller number have MDs or both an MD and a PhD.) At least one post-doctoral research fellowship follows.

It’s a long, hard path, with plenty of competition at each step of the way. Of those who earn PhDs in the biological sciences, fewer than 20% end up as PIs.

So, that’s the background. Now let’s talk a little about the underrepresentation of Black people in the field.

According to the National Science Foundation, between 2000 and 2017, Black undergraduates earned 9.1% of bachelor’s degrees in the biological sciences at U.S. institutions. At the doctoral level, that figure shrank to less than 5%.

At OMRF, we’ve had and have Black grad students. Post-docs, too. But as a relatively small, independent research institute in the middle of the country competing against massive, better-known medical schools on the coasts, we haven’t succeeded at drawing interest from Black scientists for faculty-level positions.

Aside from wanting a more diverse institution that better reflects the population of our city and state, we recognize that we’re missing out on gifted scientists. Indeed, every time a promising Black student in the biological sciences opts for a different career path – say, law or investment banking – we as a society are losing a potential difference-maker, someone who could help advance our understanding of human disease.

Over time, when you systematically deter or redirect a significant portion of your population away from a particular field, that field will suffer. If the U.S. wants to maintain its position at the forefront of medical research, we simply can’t afford to draw all of our future scientists from a pool that includes few Black people.

At OMRF, we began to think about strategies for affecting change on this front. Even if what we could do would be relatively small, we wanted to try. But how? 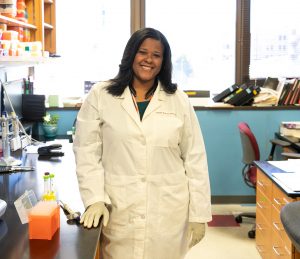 Dr. Lewis is a post-doctoral fellow in OMRF’s Arthritis and Clinical Immunology Research Program, where she’s researching the autoimmune disease lupus. But before she went to graduate school and chose a life in the lab, she worked in the office of career and professional development at Langston University. LU is the only historically Black college or university in Oklahoma.

Dr. Lewis connected us with Dr. Byron Quinn, who chairs the biology department at LU. When we sat down to talk, Dr. Quinn described an issue that he and his colleagues were wrestling with.

“We see a lot of our top students apply to out-of-state internship programs,” he said, citing places like Stanford and Yale. Once those would-be scientists spend a summer in Palo Alto or New Haven, he explained, they almost always end up leaving Oklahoma upon graduation. “It would be nice to keep some of the students here,” he said.

Both institutions were, we realized, dealing with different aspects of the same problem. So, we put our heads together to see if we could devise a program that could meet both LU’s and OMRF’s needs.

For LU students, summer internships provided useful real-world experience, yet only to a point. “You might learn a few exciting things, but at the end of the summer, the research project for the student comes to an end,” said Dr. Quinn. Ideally, he said, you’d like to create a situation where “both the mentor and student can get more out of it.”

This resonated with us. An eight-week internship program would represent a great start. However, we wanted to build something more permanent: long-term relationships between students and OMRF mentors, ones that would last not just months, but years.

That kind of lasting mentorship would pay dividends to students in the form of deeper, more intellectually rewarding research experiences. They could also build meaningful relationships with OMRF faculty members, who’d guide and support these young scientists as they mapped future career paths. Meanwhile, OMRF mentors would benefit from the energy and new insights that talented, inquisitive students bring to their laboratories. 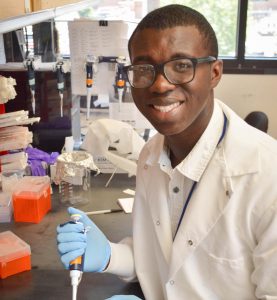 We engaged in a series of discussions involving teams from both institutions, and over time, a plan took shape. Next month, that plan will come to life with the launch of the OMRF-Langston University Biomedical Research Scholars Program.

OMRF will welcome a group of LU students who will spend their summers in OMRF’s labs. But that, we hope, will be just the beginning, with this initial foray into research opening the door to research projects and mentorships that will extend through students’ undergraduate careers.

“These can stretch on for multiple years,” said Dr. Quinn. “This will be the only program like this that I know of in STEM. It will be a true collaboration that can create real research and real opportunities.”

Of course, we understand that a program targeted at undergraduates isn’t going to change the complexion of OMRF tomorrow. We still need to focus on the “now” of trying to identify and hire Black PIs. And we must also redouble our efforts to hire PIs from other underrepresented groups in science: women, Latinx and Native peoples.

In time, though, partnerships like the one we’ve formed with LU can make a difference. If we can help eliminate barriers that prevent promising Black science students from choosing careers in research, we’ll increase the talent pool in biomedical research. And more top-flight researchers will mean more life-changing discoveries.

In other words, we’ll all win.