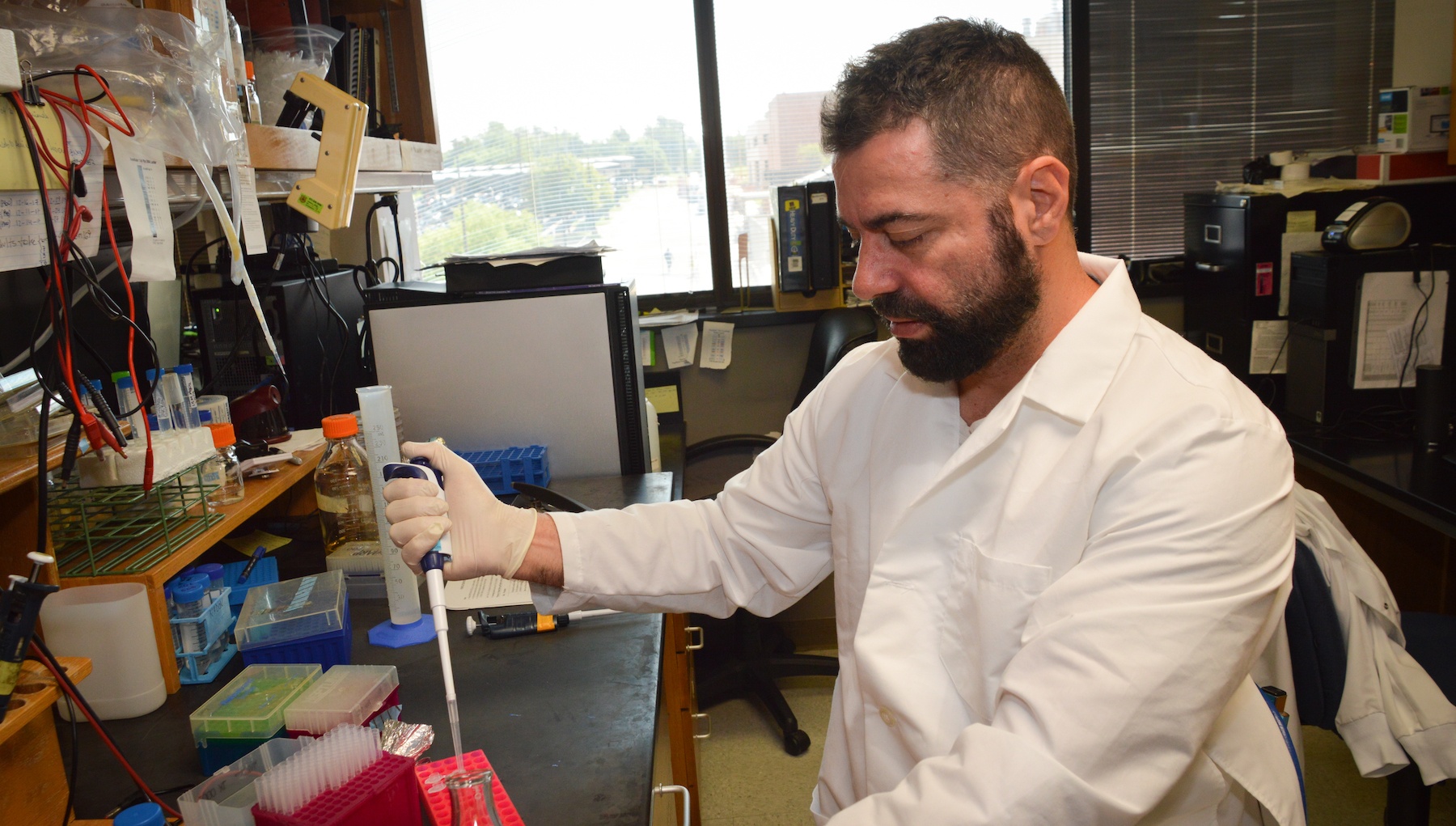 The National Institutes of Health has awarded the Oklahoma Medical Research Foundation $495,000 to use a new approach to study the genetic origins of miscarriage, infertility and certain birth defects.

OMRF scientist Roberto Pezza, Ph.D., received a two-year grant to study the development of chromosomes, the parts of cells that carry genetic information on everything from eye color to height. Most people inherit a set of 23 chromosomes from each of their parents. When that number is off by even one, birth defects or miscarriage often result.

With new technology, Pezza’s lab will be the first to mark single chromosomes in mice with fluorescence. Using 3D time-lapse imaging, the researchers will then follow each chromosome and the proteins that make them up through the complete process of cell division.

“Not only will we be able to target and track a specific protein, but we can also inhibit genes we couldn’t before and test what happens,” said Pezza, who joined OMRF from the NIH in 2009. “We’ve waited a long time for technology to reach a level that allows us to do this.”

The approach will allow the scientists to get a step-by-step look at the movements within cells that can lead to genetic conditions like Down syndrome, Turner syndrome and Klinefelter syndrome when errors occur. Knowing how, where and when chromosomes pair is key to designing interventions to prevent mistakes in the process in the first place.

“This work will yield understanding about chromosomes that we’ve never had before,” said Pezza. “The widespread potential is nearly limitless.”

The grant, R21 HD103562-01A1, is funded by the Eunice Kennedy Shriver National Institute of Child Health and Human Development, part of the NIH.