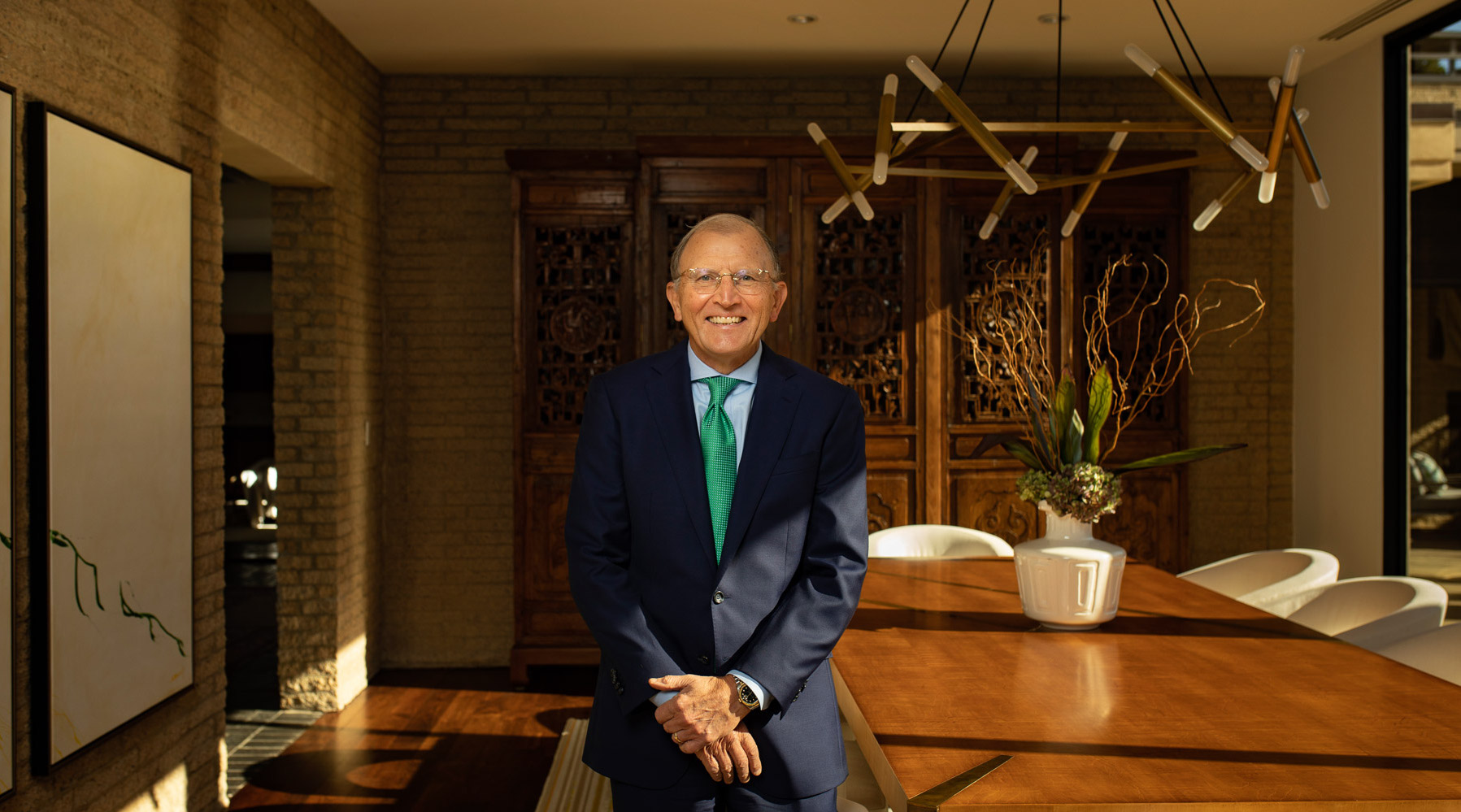 When Len Cason became chair of the Oklahoma Medical Research Foundation’s board of directors, George W. Bush was in the first year of his presidency. The University of Oklahoma Sooners were college football’s reigning national champs. Stock markets were recovering after the dot-com bubble burst, and the iPhone wouldn’t debut for another half-dozen years. 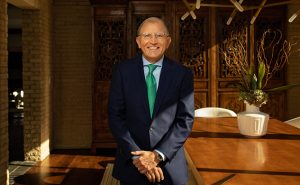 Obviously, a lot has changed since 2001.

But at OMRF, one thing hasn’t: Len Cason still chairs our board. And for our organization, that’s proven to be an incredible advantage.

An attorney who specializes in tax, estate planning and business law, Cason co-founded the Oklahoma City law firm now known as Hartzog Conger Cason in 1979. He joined OMRF’s associate board in 1988 and became a part of the full board three years later.

Over the next decade, he helped spearhead fundraising initiatives for the foundation as part of the board’s development committee. In 2001, a schism among OMRF’s directors precipitated a search for new leadership for the full board.

“There were two factions, and they needed someone neutral as chair,” Cason said. “I guess I was Switzerland.” That year, he was elected board chair.

The volunteer position ostensibly comes with a one-year term. But since that time, his fellow directors have unanimously re-elected Cason 19 consecutive times. On the heels of the most recent vote in November, he’s celebrating his 20th anniversary as board chair in 2021. 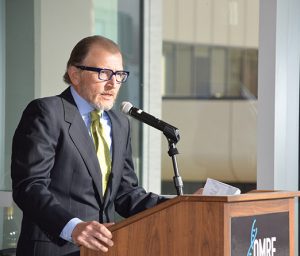 “You just don’t see this continuity of leadership on nonprofit boards,” said Bruce Benbrook, who chairs OMRF’s governance committee and renominated Cason this past autumn. “It’s a testament to Len’s commitment to OMRF that he’s willing to continue to devote his time and service to the foundation. And the fact that he keeps getting reelected – with 100% support – speaks volumes about what kind of leader he is.”

According to BoardSource, which tracks and analyzes trends in nonprofit board leadership, OMRF is not the norm. In a 2017 survey of almost 2,000 nonprofit boards nationwide, it found that 72% had adopted term limits for directors. Of those with limits, the most common approach is to cap service at two, three-year terms.

The logic behind term limits, which have grown more prevalent on nonprofit boards in the past few decades, is that they necessitate the recruitment of new leadership talent. These individuals can provide fresh insight and energy to a nonprofit, which, according to the BoardSource report, will “ensure that the board has the necessary skill sets, perspectives, and networks for the future, rather than the past.”

As with most arguments, this one makes a point that deserves consideration. But it also ignores another one that carries at least as much weight: Long-serving leaders bring stability, experience and institutional memory. All of these assets can prove invaluable to nonprofits, which are especially prone to personnel turnover and financial crunches.

Since Cason took the helm of OMRF’s board, we’ve replaced more than 80% of our principal scientists. Similarly, not a single current OMRF officer can match his tenure in a leadership role at the foundation. During this time, we’ve also faced a pair of global economic crises.

Still, despite such external headwinds and internal changes, the last two decades have been the most successful in OMRF’s 75-year history. That is due in no small part to Cason’s steady hand on the tiller.

He was instrumental in securing a pair of major grants from the state to build a research tower in 2011, the centerpiece of the largest campus expansion in OMRF’s history. Under his leadership, OMRF’s operating budget has more than doubled, and a combination of scientific success, philanthropic support and fiscal discipline has enabled us to more than triple the foundation’s endowment. Three drugs born at OMRF have received FDA approval in this span, during which the National Institutes of Health has also repeatedly named the foundation one of the country’s 10 Autoimmunity Centers of Excellence.

“A lot of that has to do with what I’d call Len’s inviting leadership style,” said retired Oklahoma Supreme Court Justice Steven Taylor, who’s served with Cason as an OMRF director for 30 years. “He has created an atmosphere where people want to be involved with OMRF.”

Cason has also helped navigate OMRF through countless challenging situations. “Len is constantly applying his experience as a lawyer to every decision we make. That has really benefited the foundation,” said Taylor.

Characteristically, Cason deflects the compliments. “What OMRF does is so incredible. I’m just honored to be a part of it.”

With a busy law practice and decades of service under his belt, you’d forgive Cason if he were ready to pass the gavel. But, he said, “So long as I get reelected, I don’t plan on going anywhere.”

We sure hope not.