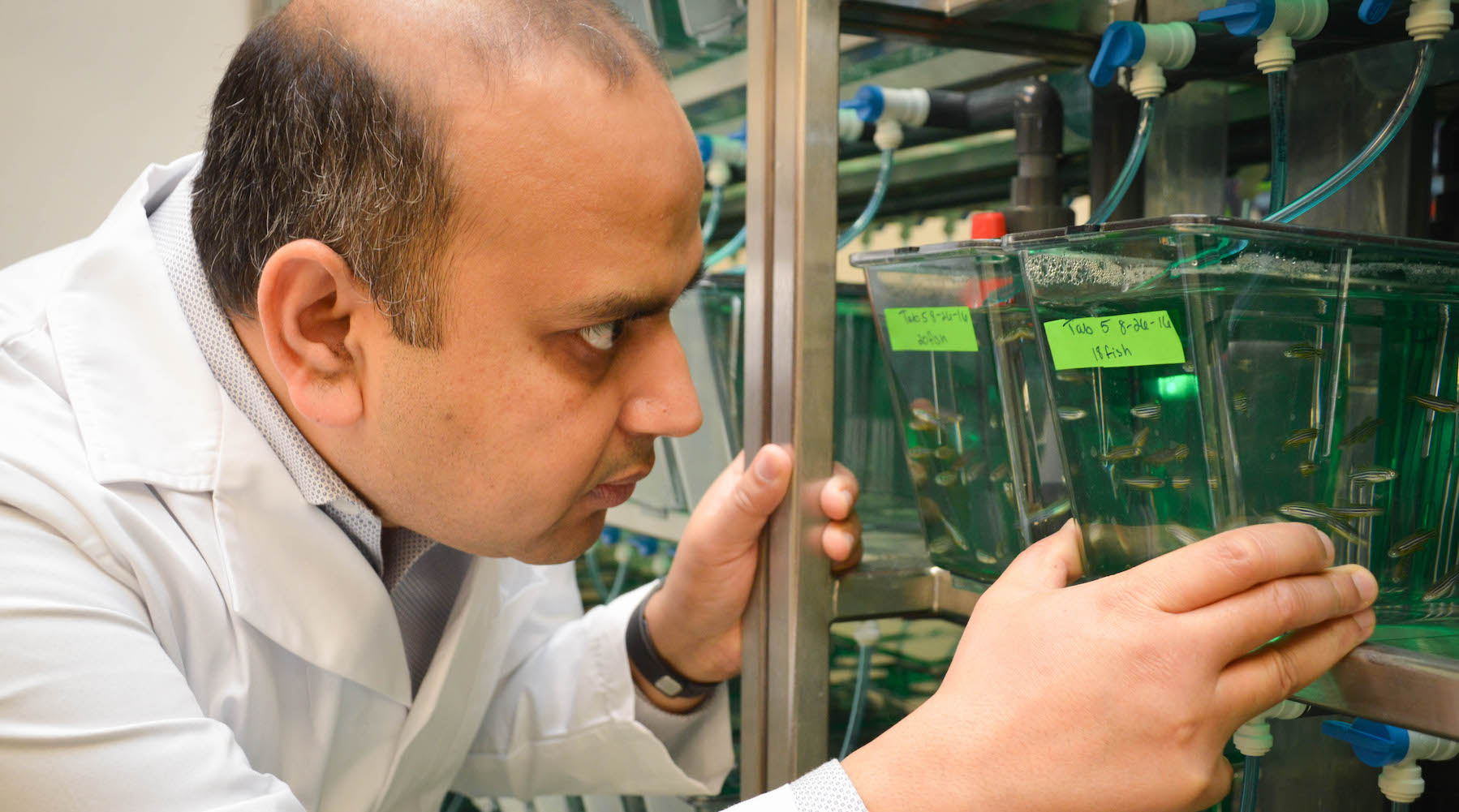 The National Institutes of Health has awarded the Oklahoma Medical Research Foundation and Stanford University $2.6 million to use tiny fish to investigate the genetic origins of several human diseases.

More than 95% of genetic variations associated with human disease are in the non-protein coding regions of DNA. Although the variants’ role in disease is known, which gene each one regulates has eluded researchers. Using scalpel-like precision of the gene-editing tool CRISPR, Varshney hopes to change that.

“Simply put, we can’t tell if a certain gene, or the one next to it, is responsible for a disease,” said Varshney, who joined OMRF from the National Human Genome Research Institute at the NIH in 2017. “CRISPR allows us to zero-in on genes more than ever before.”

The researchers will investigate 18 genetic variants identified as conferring risks for diseases in humans. The paperclip-sized zebrafish share 70% of humans’ genetic code. By introducing genetic changes in the fish that correspond to the changes seen in humans one-by-one with CRISPR, the scientists will learn which genes are regulated by the variants. Ultimately, the genes causing human disease will be identified.

More than 80% of human genes known to be associated with human disease have a counterpart in zebrafish. Because the fish reproduce frequently, develop quickly and are transparent, scientists can easily monitor their developing cells and see in days what would take years to observe in humans.

“Thanks to Dr. Varshney’s pioneering and unique work in CRISPR gene editing since 2013, Stanford and OMRF can team up to understand complex mutations that are located in non-coding DNA regions shared by fish and human genomes,” said Mourrain, an associate professor of psychiatry and behavioral sciences at Stanford.

“This research is exciting and well-suited for the discovery of new disease-modifying drugs,” said Thompson, who holds the Putnam City Schools Distinguished Chair in Cancer Research at OMRF. “It’s unbelievably clever and powerful work.”

The grant, No. 1R01GM136741, is funded by the National Institute of General Medical Sciences, a part of the NIH. Varshney also receives funding support from NIGMS grant No. P20GM12345 and the Presbyterian Health Foundation.