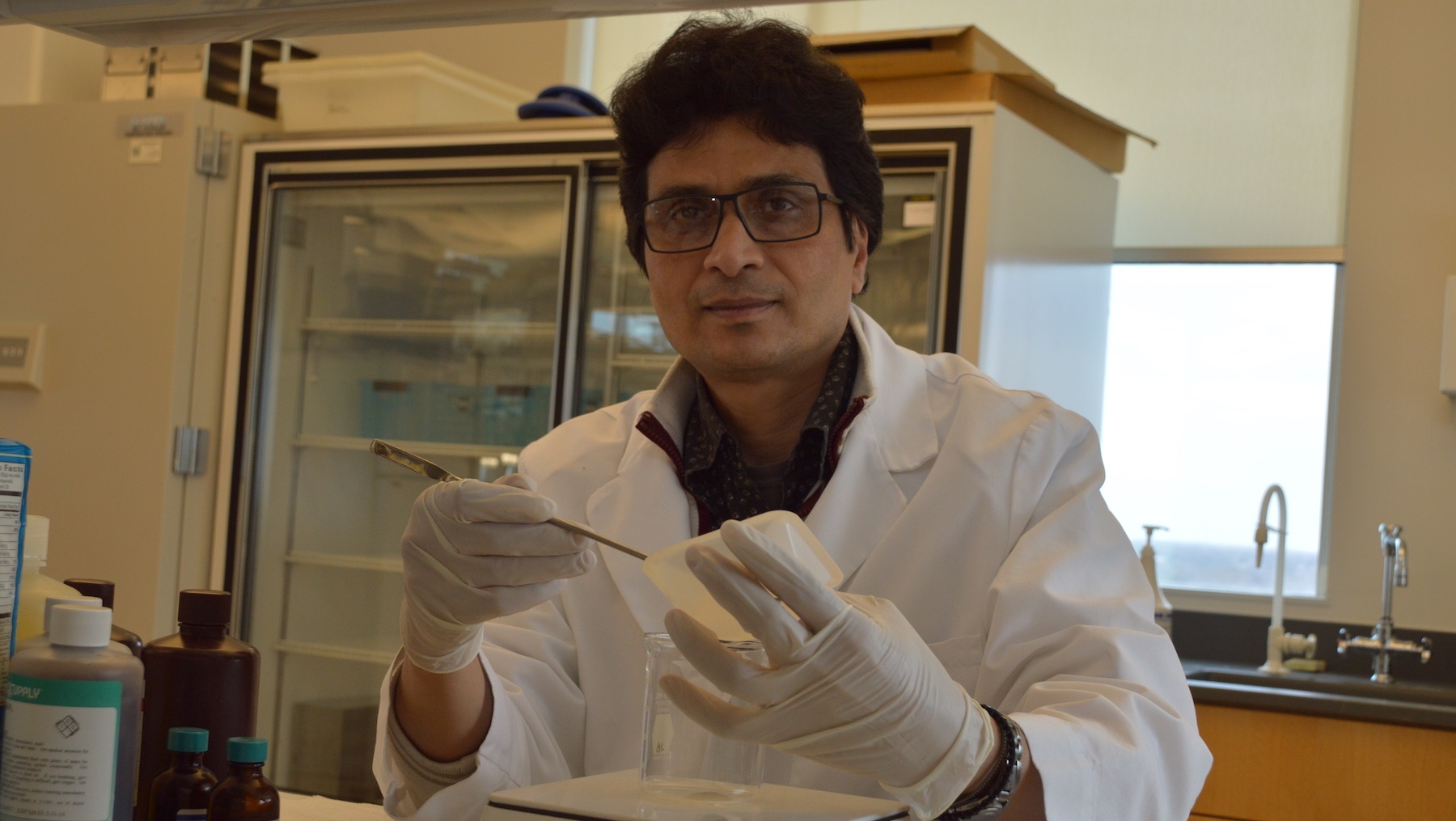 OMRF scientist Jasimuddin Ahamed, Ph.D., has received a $2.1 million grant from the National Institutes of Health. The five-year grant will support research on aortic valve stenosis, a potentially fatal heart condition that strikes hundreds of thousands of Americans each year.

Aortic valve stenosis is one of the most common heart conditions in the elderly, and no treatment for it currently exists.

It occurs when the main valve of the heart—the aortic valve—becomes stenotic or narrowed. The narrowing of the valve makes the heart overwork, eventually leading to heart failure or death in many. Each year, aortic stenosis affects more than 200,000 Americans, almost exclusively age 65 or older, a prevalence that will rise as the U.S. population ages.

In his lab at OMRF, Ahamed studies how fibrosis, the formation of scar tissue, can damage the heart. In experimental models, he and his research team have found that a naturally-occurring protein called TGF-beta1 contributes to cardiac and aortic valve fibrosis, which can lead to deterioration of heart function and ultimately heart failure and death.

“Dr. Ahamed’s team has been working hard on this project,” said Lijun Xia, M.D., Ph.D., who leads the Cardiovascular Biology Research Program at OMRF. “This work will provide mechanistic insights into aortic stenosis that may lead to new therapeutic interventions for deadly disease.”

With the new grant, Ahamed will build on this research, a path he hopes will lead to new therapies to treat patients.

“The discovery of the role of platelet TGF-beta1 in aortic valve fibrosis was novel, but if we can find a way to inhibit this process and step in with a therapy, it could be a major breakthrough in heart health for our aging population,” said Ahamed, who joined OMRF in 2015 from Rockefeller University in New York.

He’ll utilize a method he’s developed to test compounds that could halt the disease process. “Our new, highly predictive experimental model can be used to test drugs to prevent the progression of this disease by targeting it in its initial stages,” said Ahamed.