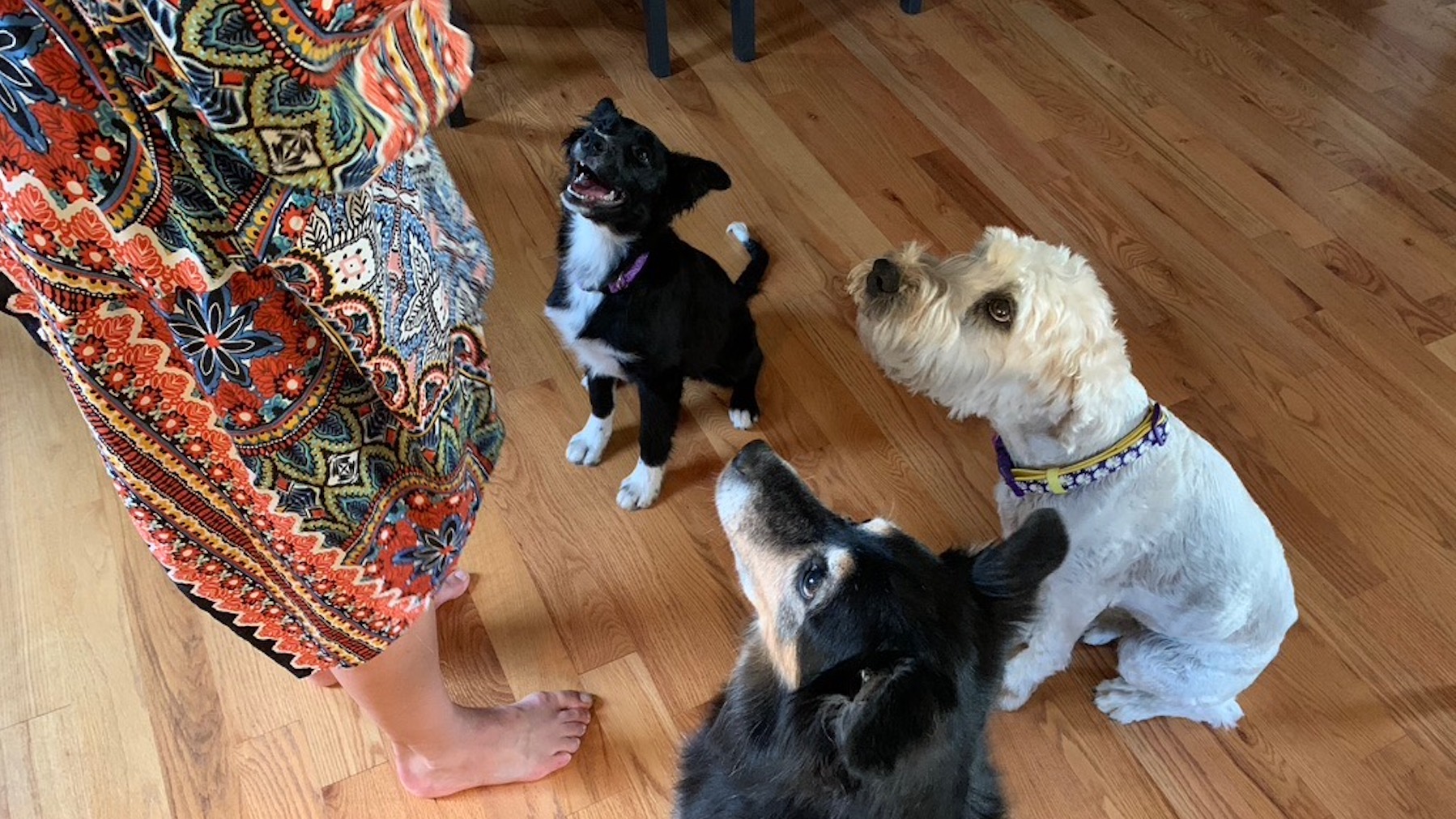 Home - COVID-19 News - How does a scientist work from home?

Benjamin Miller, Ph.D., still starts his workdays around 7 each morning. But since the pandemic closed his lab at OMRF in mid-March, he now has very different coworkers.

“My three dogs keep me company,” said Miller, a physiologist who studies diseases of aging at OMRF. While Koru, Bailey and Bingham, a new rescue dog, gather about his desk in anticipation of their daily walks, Miller works on projects from his home in Mesta Park.

The new working arrangement has its upsides, he said. “I have more time to analyze data in depth, and a lot of good has come of that. I’m also writing grants and papers and communicating with scientific collaborators.” Still, Miller said, “It’s not the same as being in the laboratory.”

One of Miller’s research projects at OMRF hinges on a clinical trial he was scheduled to begin just as the coronavirus took hold. For that research, he plans to recruit dozens of volunteers aged 40-75 to study insulin sensitivity and its link to age-related processes in the body. Over a 12-week period, Miller and his team will collect blood samples, conduct physiological testing and perform muscle biopsies on the research participants.

Then, in Miller’s lab at OMRF, they’ll examine the biological samples and data. “Our goal is to learn how well the mitochondria”—portions of the cell that work as a sort of engine—“work and to look at biomarkers of aging,” said Miller.

For now, though, all of that remains on hold.

To Miller, the laboratory is more than a physical space where scientists conduct experiments and analyze data. “It’s a gathering of people working toward common goals, where we’re always innovating and trying new things,” he said.

Zoom meetings can serve as a substitute for that human interaction—but only to a point. “They can’t replace the spontaneous discussions and interactions that lead to novel ideas and fresh approaches to problems,” said OMRF Vice President of Research Rodger McEver, M.D.

The shutdown has been particularly hard on graduate students and postdoctoral fellows. “These are young scientists who are just beginning their careers. They need intensive training and the ability to generate new data,” McEver said. “But in this environment, that’s simply not possible.”

OMRF has now begun reopening its labs in a limited capacity. Like just about every other scientist at the foundation, Miller is excited to restart his projects, but he knows it will take time.

“Much of science is momentum-driven,” said Miller. “We’ve lost some of that in the shutdown, and it will take a lot of energy to get it all back up and going again.”

Although he’ll miss working with his canine companions at his feet, Miller is ready to get back in the lab. “Even in a pandemic, people continue to age, and we want to find ways to make those later years of life as healthy as possible,” he said. “Patients deserve that.”