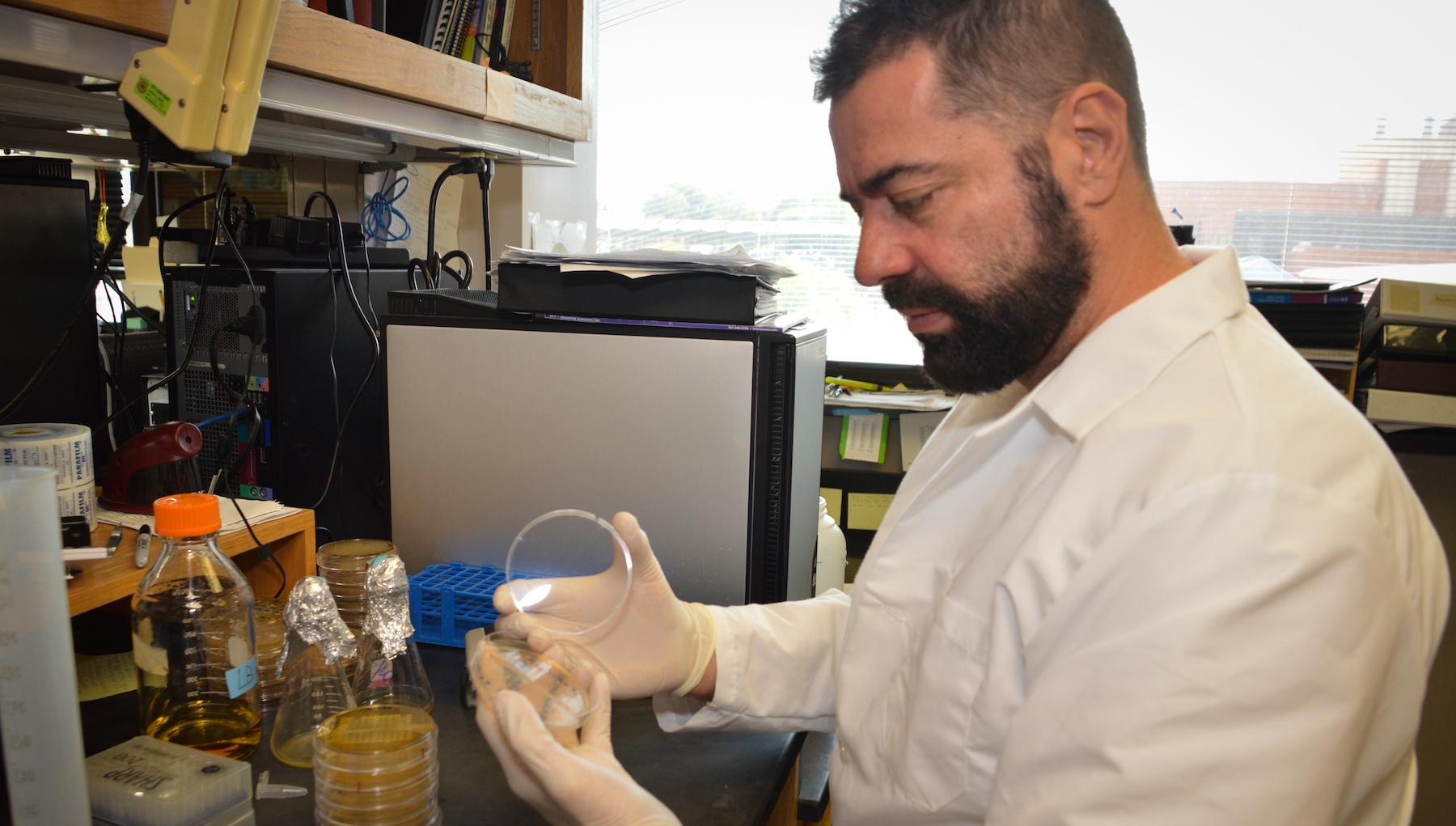 A team of researchers at OMRF has identified the exact origin point of movement within chromosomes for the first time.

This is a critical step in understanding—and potentially treating or preventing—diseases where people inherit an incorrect number of chromosomes, known as aneuploidy. This is a common cause of genetic disorders and birth defects, including Down syndrome, Turner syndrome, Klinefelter syndrome, spontaneous abortion and fertility problems.

OMRF scientist Roberto Pezza, Ph.D., and his team discovered other remaining unknown elements in the process, as well as their functions, down to the most basic level.

“We now know the complete machinery that directs, energizes and regulates the movement of chromosomes,” said Pezza, who joined OMRF’s Cell Cycle and Cancer Biology Research Program in 2008 from the National Institutes of Health in Bethesda, Md. “By knowing these aspects, we can move toward better diagnosing, treating or preventing aneuploid diseases and problems with fertility.”

Chromosomes are long, thread-like pieces of DNA on which genes are encoded. These carry hereditary information on everything from eye color to hair color to height and contain all the specific genetic instructions that make us unique. We have 23 pairs of chromosomes, so 46 in all.

During reproduction, he said, all of this information needs to be halved so the child receives equal genetic information from each parent, resulting in the correct number of chromosomes. During that process, however, many errors can occur.

Every year an estimated 7.9 million children—6 percent of total births worldwide—are born with a serious birth defect of genetic or partially genetic origin. Errors in this process are also the leading cause of spontaneous abortion.

“This process is very complicated and humans are notable among all sexually reproducing organisms for how many problems occur,” said Pezza. “We have to know exactly where—and when—to look to understand what is going wrong. And now we have that information.”

Pezza said this finding will not only help researchers answer questions about errors in cell division that can lead to birth defects or diseases, but also potentially lead to the development of therapies or even methods to prevent the errors from occurring altogether.

The findings were published in the journal Current Biology. Other OMRF researchers who contributed to the findings were Luciana Previato de Almeida, Ph.D. and Emma Lee, Ph.D.

The research was supported by funding from the National Institute of General Medical Sciences, a part of the NIH, as well as the Fulbright Program.

“What we now understand could fundamentally change the future of these diseases and fertility problems,” he said. “The finding itself is very basic, but its importance could be significant for human health.”