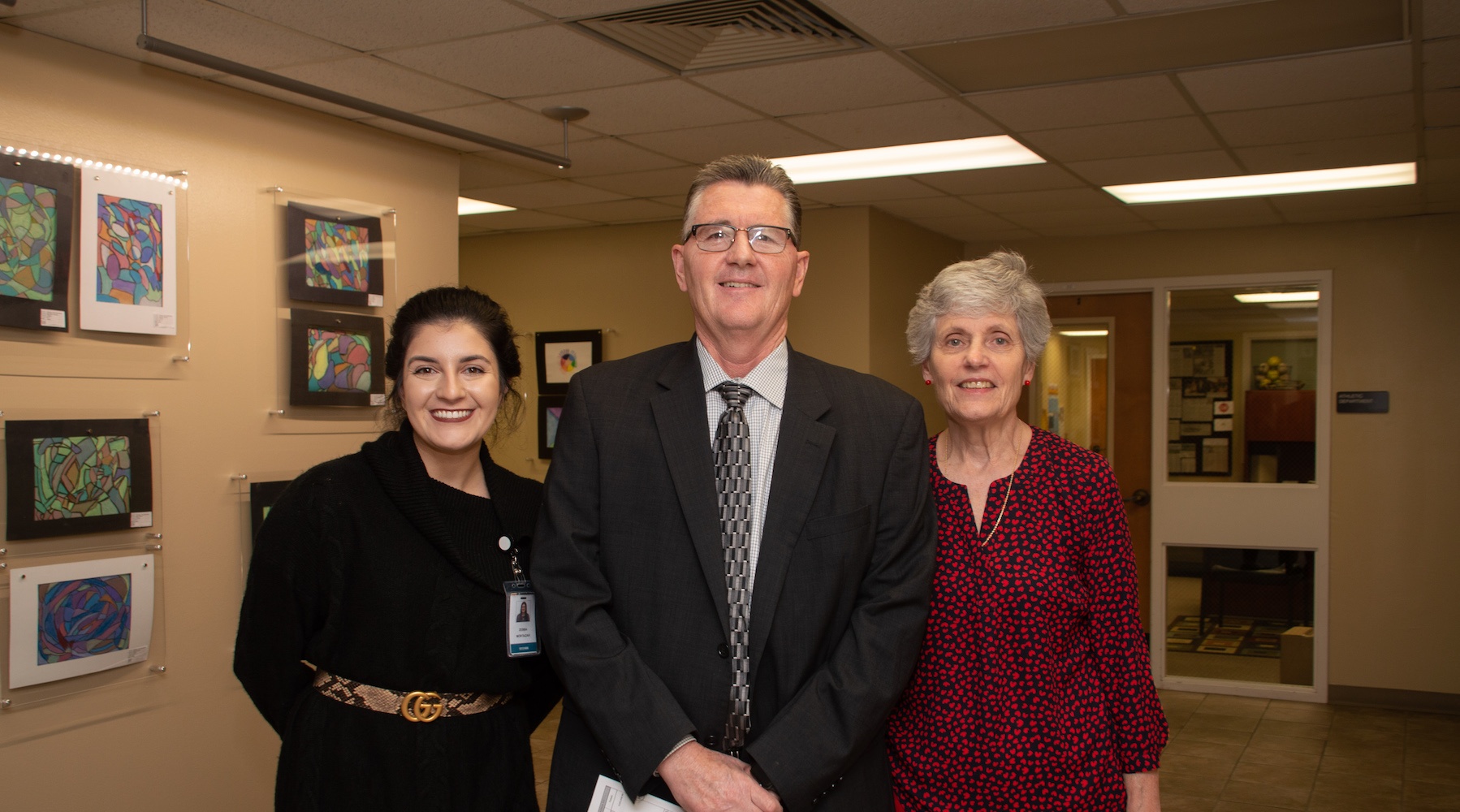 For the 44th consecutive year, Putnam City Schools have come together to support cancer research at OMRF.

The school district hosted a series of bake sales, car washes, carnivals, 5k runs and other fundraising events to generate $80,000 for research at OMRF.

“Putnam City is amazing,” said Thompson. “Their continued support of OMRF is admirable, and they have made a very real impact in the fight against cancer.”

Work at OMRF has created an experimental drug that is undergoing clinical trials at the Stephenson Cancer Center to treat patients suffering from glioblastoma, a deadly brain cancer.

Other foundation scientists are studying problems that arise during cell division, a crucial issue in a disease marked by uncontrolled division of abnormal cells.

The PC Cancer Drive began in 1976 when former Putnam City High School teacher Lois Thomas launched the grassroots effort. Since then, students, teachers and supporters have raised more than $3.7 million for research at the Oklahoma City-based nonprofit.

“Putnam City’s long-standing partnership with OMRF has created a tradition for our school district that staff and students are proud to continue,” said Dr. Fred Rhodes, superintendent of Putnam City Schools. “Through our OMRF fundraisers, students experience how they can impact their community. Advancing cancer research at OMRF is a contribution that reaches this generation and generations to come.”