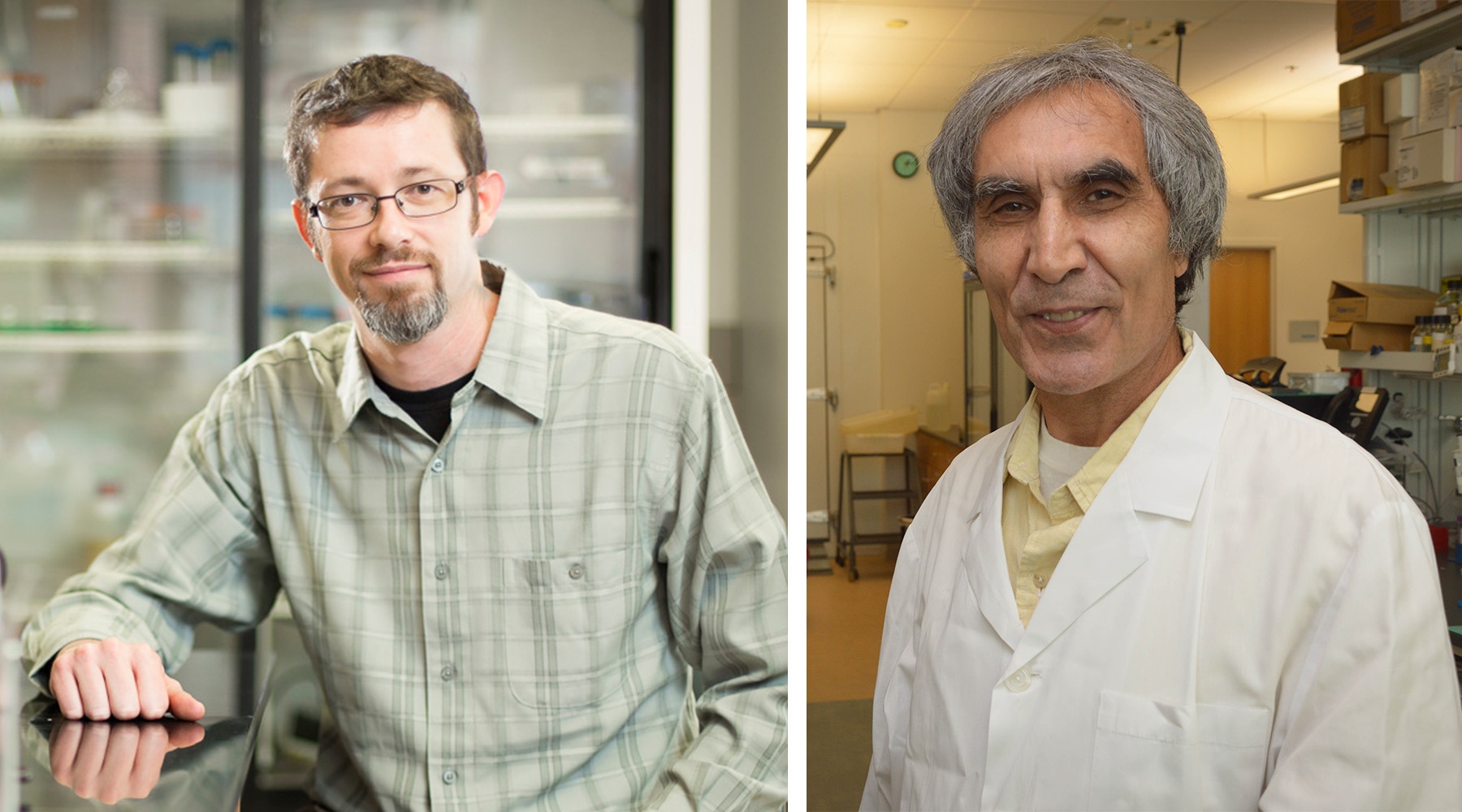 OMRF has received two grants from the National Institutes of Health totaling $3.6 million.

The federal funding will support investigations into cellular mutations linked to rare skeletal diseases and vessel function. Both grants were awarded to scientists in OMRF’s Cardiovascular Biology Research Program.

The National Institute of Arthritis and Musculoskeletal and Skin Diseases has awarded OMRF scientist Lorin Olson, Ph.D., a five-year, $1.9 million grant to study mutations that cause defects in skeletal growth.

Olson is specifically looking at cellular mutations in two rare skeletal conditions: Penttinen syndrome and Kosaki overgrowth syndrome. Both diseases have fewer than 10 known cases globally. Although the mutations are different in each disease, both can be traced to one specific gene, a protein called PDGF receptor beta.

“When they find several people with a new disease and they all have the same mutation, that’s a pretty good correlation to suggest that the mutation causes the disease,” said Olson. “But it isn’t proof.”

Olson’s lab hopes to confirm this over the next five years and will conduct experiments to see what this particular mutation does and its consequences.

“We need to learn why these mutations occur, prove that they lead to these diseases and understand how they do what they do,” he said. “In humans, the mutations occur in every cell in the body, so you don’t know where to identify the original culprit. We can test this to zero in on the causes.”

Olson joined OMRF in 2010 from the Mt. Sinai School of Medicine in New York.

“When these signaling systems aren’t properly regulated, it can impair vascular function,” said Rezaie, who joined OMRF’s scientific staff in 2017 from the St. Louis University School of Medicine.

“A lot happens in the case of an injury, the enzymatic and signaling functions of coagulation factors are needed to initiate blood clotting, to stop blood clotting and then to initiate the repair mechanism all at the right time and right location. When this system goes wrong, it can lead to debilitating disorders like heart attack and stroke.”

Researchers must gain a better understanding of these signaling mechanisms in order to develop new drugs for these life-threatening disorders, Rezaie said.