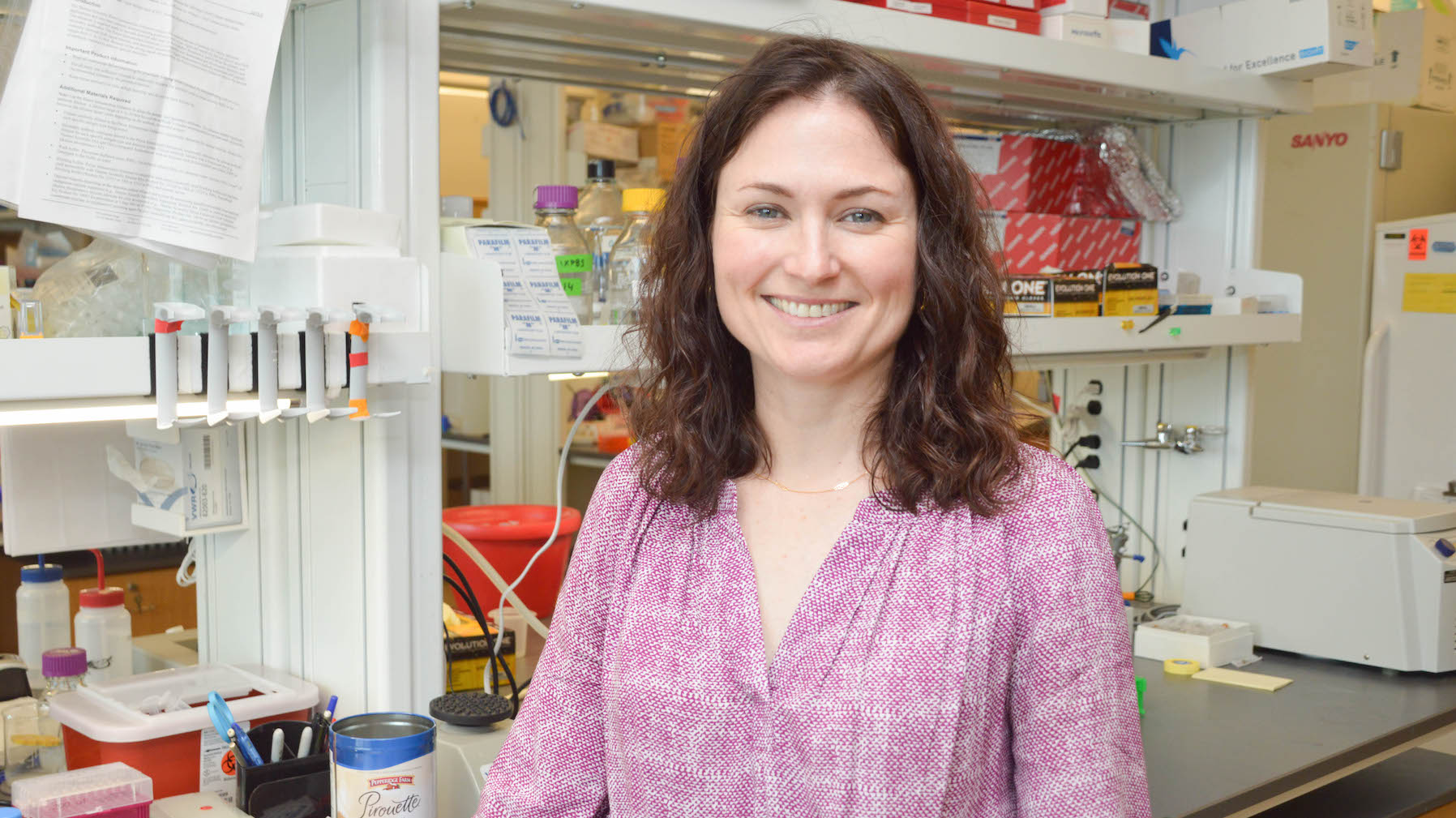 The National Heart, Lung and Blood Institute has awarded an OMRF scientist $5.9 million to study new ways to control bleeding like that which occurs in aneurysms.

“Seven years is like paradise to a scientist. It allows us to address questions and take our research in new directions we couldn’t have before,” said Griffin, who joined OMRF from the University of North Carolina at Chapel Hill in 2008. “This will give us the opportunity to dig in on basic science questions that could lead to new drugs and therapies for devastating conditions.”

The grant was awarded under a new federal granting program known as the R35, which was established to promote scientific productivity and innovation by providing sustained support and increased flexibility in research. NHLBI program officer Yunling Gao, Ph.D., said the R35 award is designed to provide long-term support to outstanding investigators like Griffin who are conducting research that breaks new ground or extends ongoing studies that are making significant contributions to the field.

“Dr. Griffin has been supported by the NHLBI’s programs over the past decade, and she has emerged as an expert in the field on protease-mediated regulation of vascular stability,” said Gao. “We look forward to her new breakthroughs and achievements for years to come.”

Griffin’s work is focused on proteases—proteins that chew up other proteins. At OMRF, she studies the role proteases play in a healthy setting and also the damage they can cause in blood vessel development when they go awry. When blood vessel integrity is compromised, they become weaker and can rupture, which can be fatal.

By knowing what vessels are susceptible and under what conditions, they can identify disease links that may be predictable and lead to the development of therapeutic interventions.

“The competition for these grants is fierce, and you must have an incredible track record to be considered for one of them,” said OMRF President Stephen Prescott, M.D. “The NHLBI is betting on Dr. Griffin, and she is an outstanding choice for this award. I have no doubt she will reward them with her incredible work.”