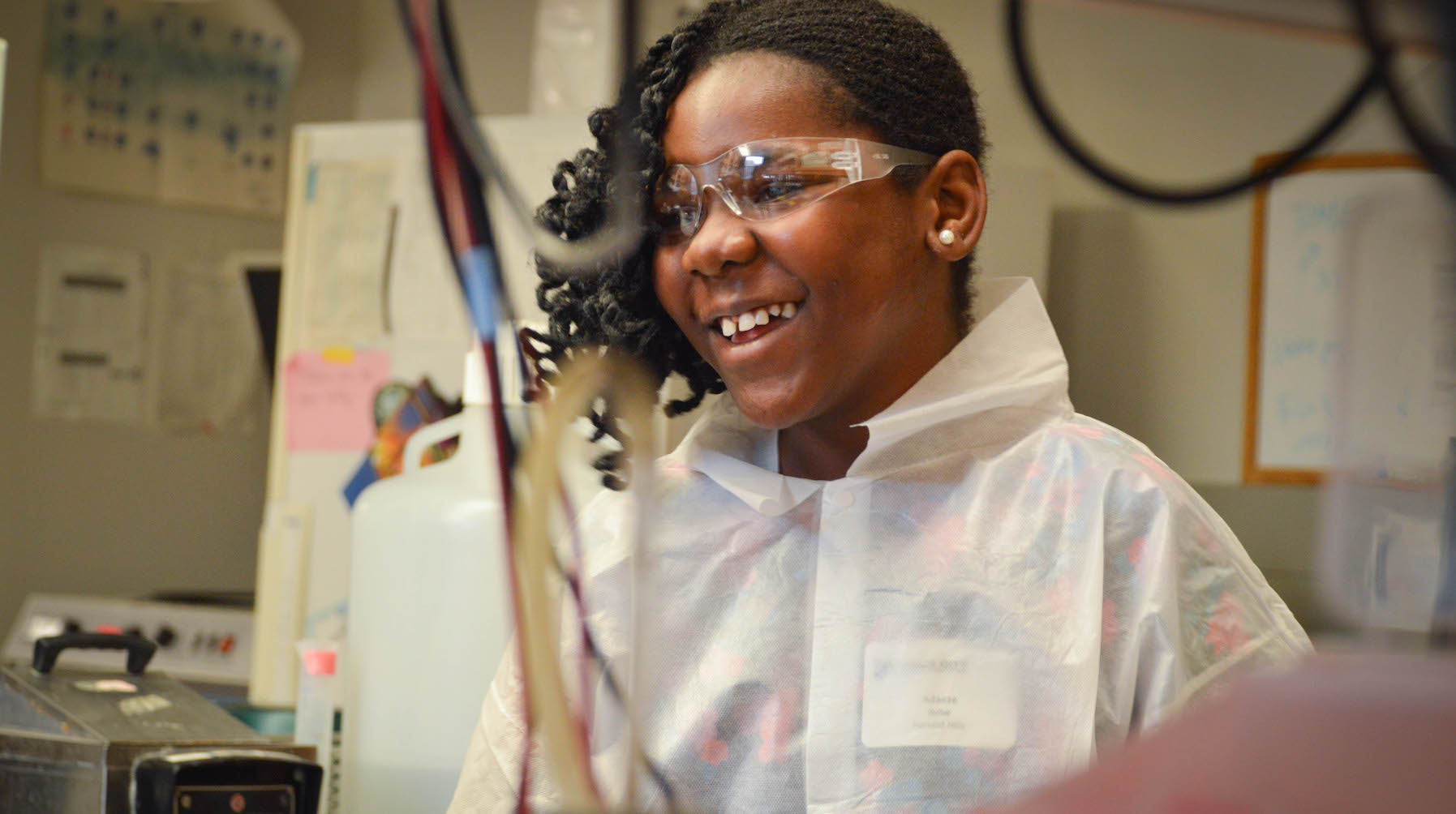 On Tuesday and Friday, the labs at the Oklahoma Medical Research Foundation had a decidedly youthful feel.

More than 30 students from Putnam City Schools spent their days in OMRF’s labs, where they learned about science and medical research through hands-on experiments.

“It was so much fun to get to experiment, walk around and really do it ourselves until we see what is right,” said Adaeze Nebe, a fifth-grader from Harvest Hills elementary who worked in a lab on suspending and mixing DNA. “I want to be a doctor some day and I like learning about science in school, but it is a lot more fun to move around and do the science for yourself.”

The two-day event marked the 40th anniversary of OMRF’s annual Putnam City Junior Scientists Days, which is OMRF’s way of thanking the school district whose students, teachers and parents have raised nearly $4 million for cancer research at OMRF.

OMRF scientist David Forsthoefel, Ph.D., taught his students the basics about regeneration in a memorable way: worm races. He used worms called planaria, which have the extraordinary ability to grow back any body part.

“It was cool because we got to cut up the worms, and they regrew themselves,” said Central Elementary fifth-grader Bladamir Sauceda. ”Then we raced them to see how they were regenerating by how fast they crawled away from light. It was so fun. I wish we could do experiments all the time. It’s a fun way to learn.”

While the kids worked in the lab, parents and school officials were treated to a presentation by Dr. Thompson, following by a tour of the foundation’s facilities.

“Four decades is a significant milestone for this impactful tradition,” said OMRF development associate Caroline Allen. “OMRF is so appreciative of everything Putnam City has done for us, and we love being able to give back in this way. The energy and enthusiasm these kids bring into the labs every year helps energize us and remind us that the future is bright.”