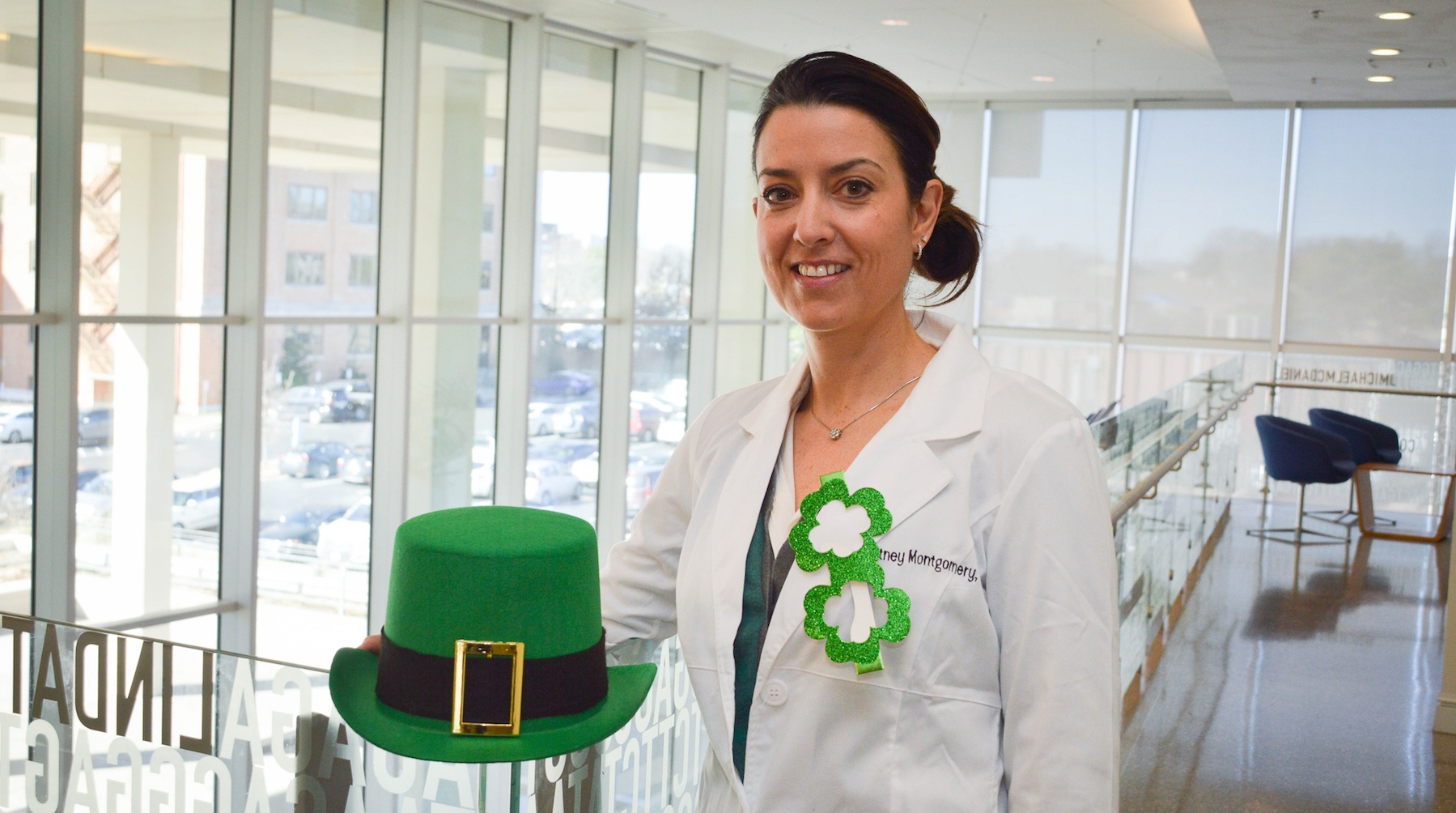 Home - News - Lots o’ luck: How the shamrock gets its shape

The four-leaf clover has long been considered a symbol of good luck.

While it’s unknown where the tradition originated, four-leaf clovers are most commonly associated with Ireland because of the island’s high rate of producing the rare four-leaf variety. It has since become a symbol for the St. Patrick’s Day holiday.

The four leaves are said to represent hope, faith, love and luck. But they also represent something else: genetic mutation.

“These mutations occur because of changes in the sequences of the plant’s DNA, or changes in gene structure,” said Montgomery.

And clovers aren’t alone. Even humans undergo mutations of varying degrees. To understand these mutations and how they occur in everything from a clover to a human, it’s important to know a little about genetics.

“Think of your genetic makeup like a book,” she said. “Your genome is the whole book, and the proteins are sentences. The base pairs that make up the DNA are the letters. But the genetic alphabet only has four letters (or chemicals) to create the words that make up everything in the book.”

Those four chemicals—adenine, thymine, cytosine and guanine—comprise the story of you, your neighbor or even a four-leaf clover. Used in countless combinations, sequences and orders, they result in a book you’d struggle to read, with about 3 billion base pairs in a single set of human DNA.

“These A, T, G, C sequences in genes determine things like hair color, height, susceptibility to certain diseases and much more,” said Montgomery, who studies genetics on the human front in autoimmune diseases like lupus and sarcoidosis.

A single change in the order or number of these chemicals can result in mutations, and the changes are permanent. Certain mutations can even have observable consequences, like a fourth leaf on a shamrock.

While they make us unique, sometimes these changes can have negative consequences, contributing to diseases like asthma, heart disease and cancer, all of which have a genetic component. Sickle cell anemia is a rare disease almost exclusively controlled by genetic mutations.

“We all have mutations in our DNA, a lot of them actually,” Montgomery said. “But we tend to categorize them based on whether or not they result in a change we can see. But some can be completely benign and have no health consequences of any kind.”

Researchers are just beginning to truly understand mutations, because the science of genetic sequencing has only recently progressed to the point where DNA can be tested against parents and other family members, she said.

“These advancements could lead to a wide range of new discoveries by helping us better understand the role genetic mutations play in human health,” she said. “When we find those answers, the research could bring all of us plenty of good luck for the future.”