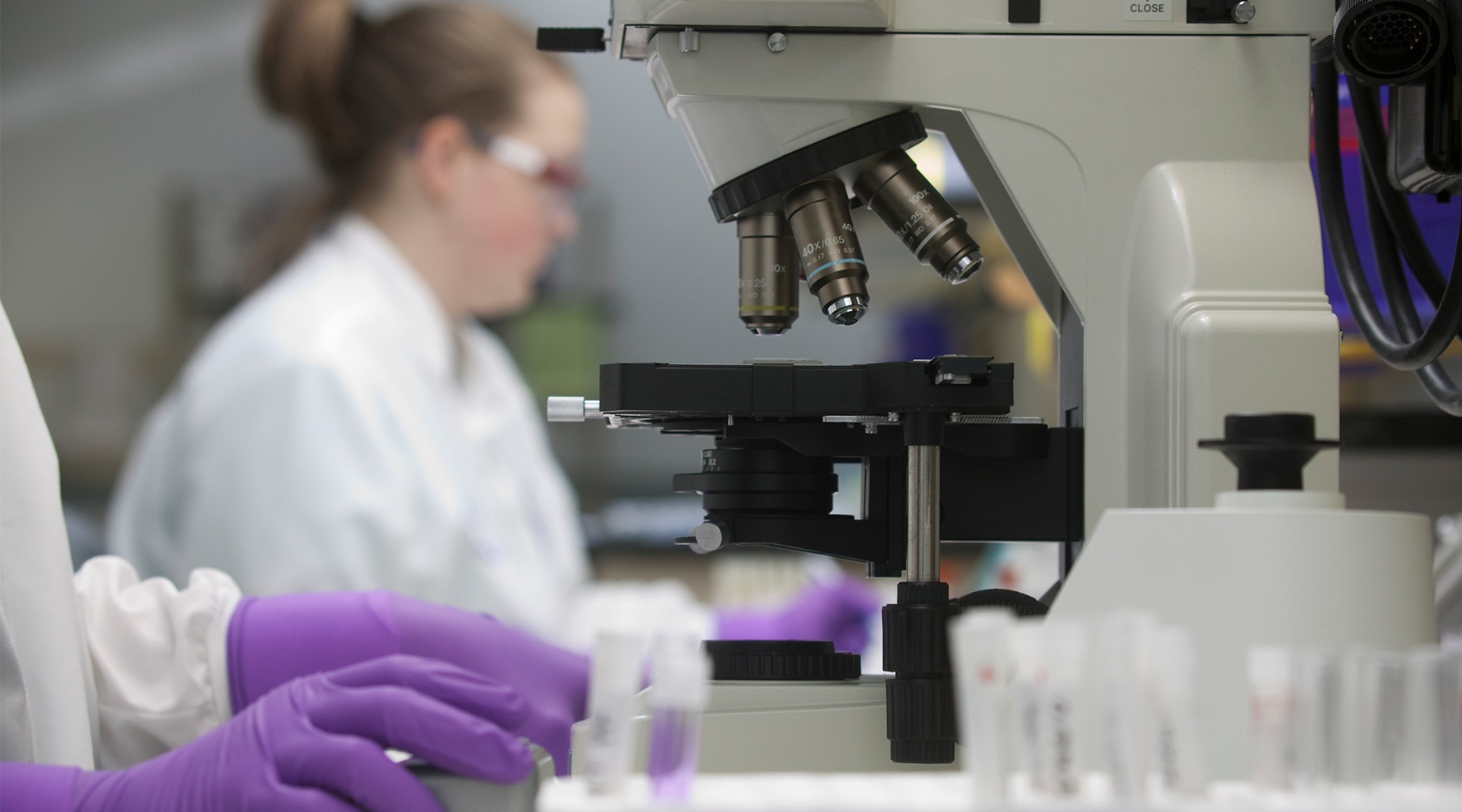 Sjögren’s, lupus, RA and more than 80 other disorders are known as “autoimmune” diseases, conditions in which the immune system becomes unbalanced and turns on the body instead of protecting it. Many of these illnesses strike women at much higher rates than men.

For clues as to why this happens, OMRF scientist Hal Scofield, M.D., studied men who suffer from Sjögren’s syndrome, an autoimmune disease where the body attacks its own moisture-producing glands. It occurs in women more than men at a 9-to-1 ratio.

Examining biological samples donated at OMRF’s Sjögren’s research clinic by 136 men who suffer from the disease, Scofield was looking for the presence of a relatively uncommon condition called Klinefelter syndrome, where men have an extra X chromosome in their cells. This condition normally occurs in about 1 in 500 men.

In men with Sjögren’s, Scofield discovered that Klinefelter occurs at 17 times the normal rate.

“We found that the female-heavy basis of these diseases is not actually whether you’re a man or a woman. It’s how many X chromosomes you have,” said Scofield. “This is kind of a new idea.”

In other words, when it comes to understanding the gender bias of Sjögren’s and other autoimmune diseases, X might literally mark the spot.

Chromosomes determine the biggest difference between males and females genetically. Each person typically has one pair of sex chromosomes per cell. Females have two X chromosomes, while males have one X and one Y.

Klinefelter syndrome alters that balance by giving men an extra X, which gives them the same risk of autoimmune diseases as normal women.

Typical symptoms of Klinefelter are subtle and include weaker muscles, smaller genitals, enlarged breasts and infertility. According to Scofield, nearly 80 percent of men with the syndrome never know they have it. But a previously unknown consequence could be this increased likelihood of developing an autoimmune disease.

The research was published in the journal Clinical Immunology.

In a separate but related study published in Arthritis & Rheumatology, Scofield also saw this trend in Triple X, a syndrome that occurs in 1 in 1,000 women born with an extra X chromosome. Typically Triple X has no symptoms, but research showed they ran nearly a 50 percent higher risk of developing lupus and Sjögren’s than normal women, again showing that an extra X was present in elevated risk.

“I think for the first time we have opened the door to understanding why there’s a sex bias or gender bias in autoimmunity,” said OMRF scientist Christopher Lessard, Ph.D., who contributed to the research. “Because there have been so many different studies done covering so many things, perhaps the simple answer got overlooked: the biological fact that males and females have different numbers of X chromosomes.”

According to Scofield, the OMRF researchers have begun looking at proteins expressed by genes on the X chromosome. The scientists believe these proteins might be responsible for the effect, a finding, if proven, that could lead to new targeted therapies for autoimmune diseases.

This research was funded by grants AR053483 from the Oklahoma Rheumatic Disease Research Cores Center, AI082714 from the Autoimmune Center of Excellence, the Lupus Research Institute Novel Research Grant and the Veterans’ Affairs Merit Review.