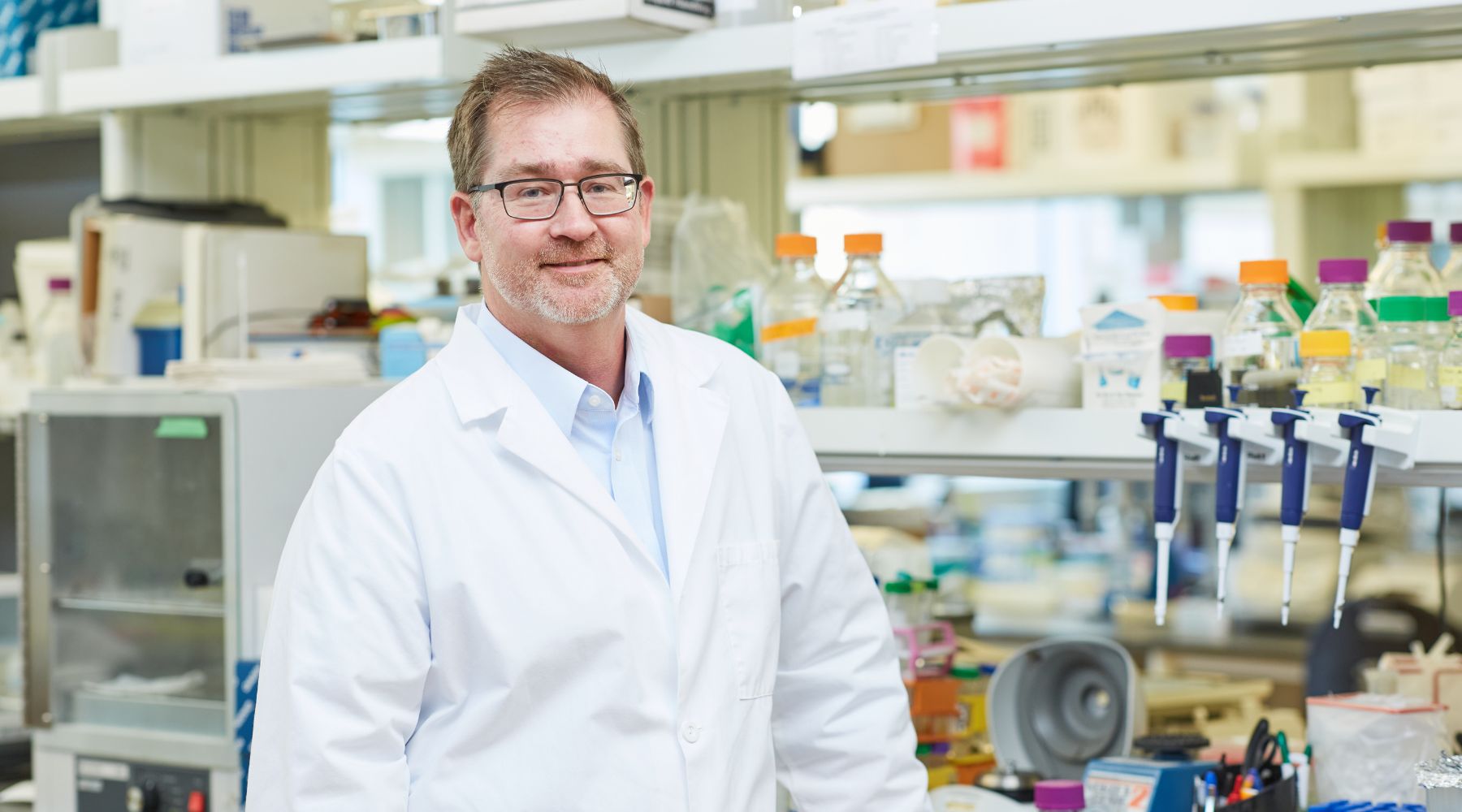 For more than a century, scientists have been puzzled by the ability of the planarian flatworm to regrow its entire body.

A recent discovery at the Oklahoma Medical Research Foundation addresses a key piece of this mystery. The revelation may ultimately lead to improved repair of human tissue, said OMRF scientist Dave Forsthoefel, Ph.D.

The tiny, sunflower seed-sized flatworms have many biological similarities to humans. They are especially interesting to researchers because their stem cells can regenerate any lost body part. “If you cut one into 10 pieces, within a few days, you will have 10 planarians,” Forsthoefel said.

In a study published in Nature Communications, Forsthoefel’s team made two discoveries: that regeneration requires lipids and that a protein also present in humans called Apolipoprotein B, often called ApoB, plays a critical role.

“Lipid is just a fancy word for fat,” Forsthoefel said. “‘Fat’ tends to have a negative connotation, and too much fat is unhealthy, but fats, or lipids, are one of nature’s oldest and best forms of energy. They also help build new cells and control how genes are turned on and off.”

Planarians’ abundance of stem cells partially explains their ability to regenerate. ApoB transports lipids to adult stem cells, and in response to amputation, these cells divide and make new tissue. Forsthoefel theorized that without the presence of this protein, lipids would accumulate in the intestine instead of reaching the stem cells.

His team inhibited ApoB in the planarian’s intestine. Some lipids still made their way to adult stem cells, Forsthoefel said, but without the normal supply, stem cells could not complete their transformation into the many cell types that make up the flatworm’s brain, muscles and other tissues.

As a result, regeneration slowed by about 50%.

Despite this discovery, Forsthoefel said, “We still have a million unanswered questions.” The next steps are to understand the role of lipids during regeneration by planarians and whether the same molecular process occurs in other species, particularly those that can regrow body parts, like salamanders and zebrafish.

“Science has come a long way in understanding how to induce regeneration in damaged human tissue, and this work offers more important clues,” said physician-scientist Patrick Gaffney, M.D., chair of OMRF’s Genes and Human Disease Research Program. “If future research shows that humans need additional lipids to regenerate tissue, we might discover a way of supplying those lipids where they are needed to expedite healing from disease or injury.”