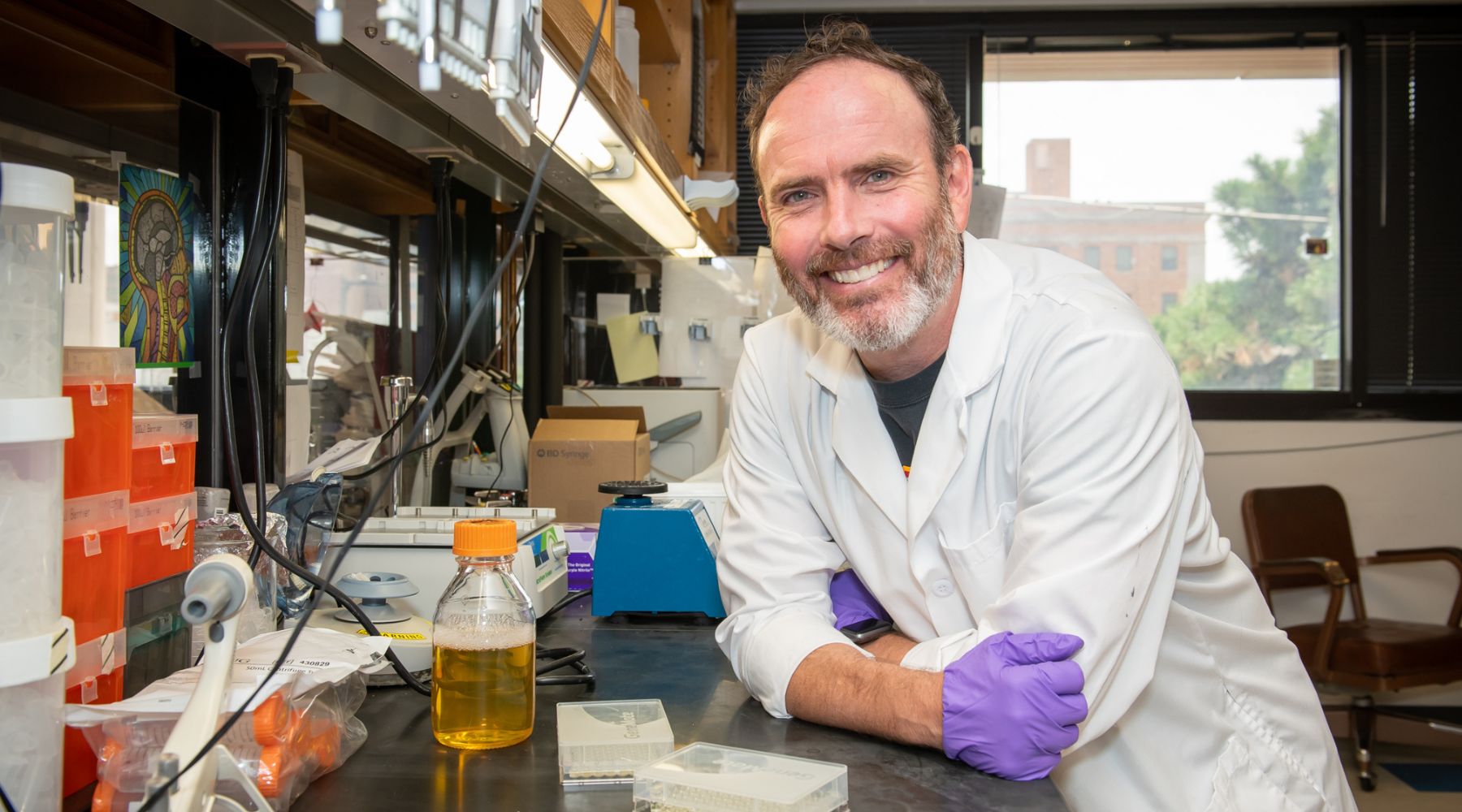 New findings from the Oklahoma Medical Research Foundation may give doctors more certainty when diagnosing multiple sclerosis relapse in patients.

Someday, said OMRF scientist Bob Axtell, Ph.D., who led the study, the results could help detect a relapse sooner or perhaps even prevent it.

“That’s the goal: to identify relapse before inflammation causes damage within the brain,” Axtell said.

MS is an autoimmune disease in which the body’s immune system attacks its own healthy tissues, resulting in inflammation that can cause vision issues, muscle spasms, tremors and paralysis. According to the National MS Society, the condition affects nearly a million Americans.

The disease is marked by periods of remission and relapse. Physicians diagnose a relapse with an MRI or by interpreting symptoms, said Gabriel Pardo, M.D., director of OMRF’s Multiple Sclerosis Center of Excellence, where more than 3,000 patients from Oklahoma, Arkansas, Kansas and Texas receive treatment for the condition.

Diagnosis isn’t foolproof, however. Sometimes the inflammation-related neurological damage precedes the onset of symptoms. Other times, symptoms can disappear within 24 hours or result from an infection or unrelated condition. Neurologists call this a “pseudo-relapse.”

Recently, a blood protein called sNfl has emerged as a biomarker, or strong indication, of an MS relapse. But, says Axtell, monitoring MS activity with a single protein “has limitations.” Age, sex and other neurological conditions could affect the protein. And it may not behave the same way in all patients.

To increase diagnostic precision, Axtell’s lab looked for other biomarkers. The scientists examined blood samples from 87 patients experiencing an MS relapse from the MS Centers at OMRF and Stanford University.

Axtell’s team found that patients showed significantly different levels of three proteins in addition to sNfl. While a spike in sNfl correctly reflected a relapse in 69% of patients, the four-protein panel increased the accuracy rate to 87%.

Pardo said verifying a relapse is “critical” in a disease where both swift action and avoiding unnecessary intervention are equally important. “These additional biomarkers will provide enhanced accuracy and add confidence to the crucial decision-making process,” he added.

Axtell said a more expansive study is needed to verify the results. Ultimately, he hopes to develop predictive tools. One potential outcome is a home test that would use a finger prick to detect blood biomarkers.

“Early treatment of relapses is important for long-term prognosis in patients,” Axtell said. “If we could use these biomarkers for early identification of a relapse, we might be able to prevent long-term disability in patients.”

The findings were published in the journal Multiple Sclerosis and Related Disorders. Axtell’s research was supported by National Institutes of Health grants R01AI137047 and R01EY027346.