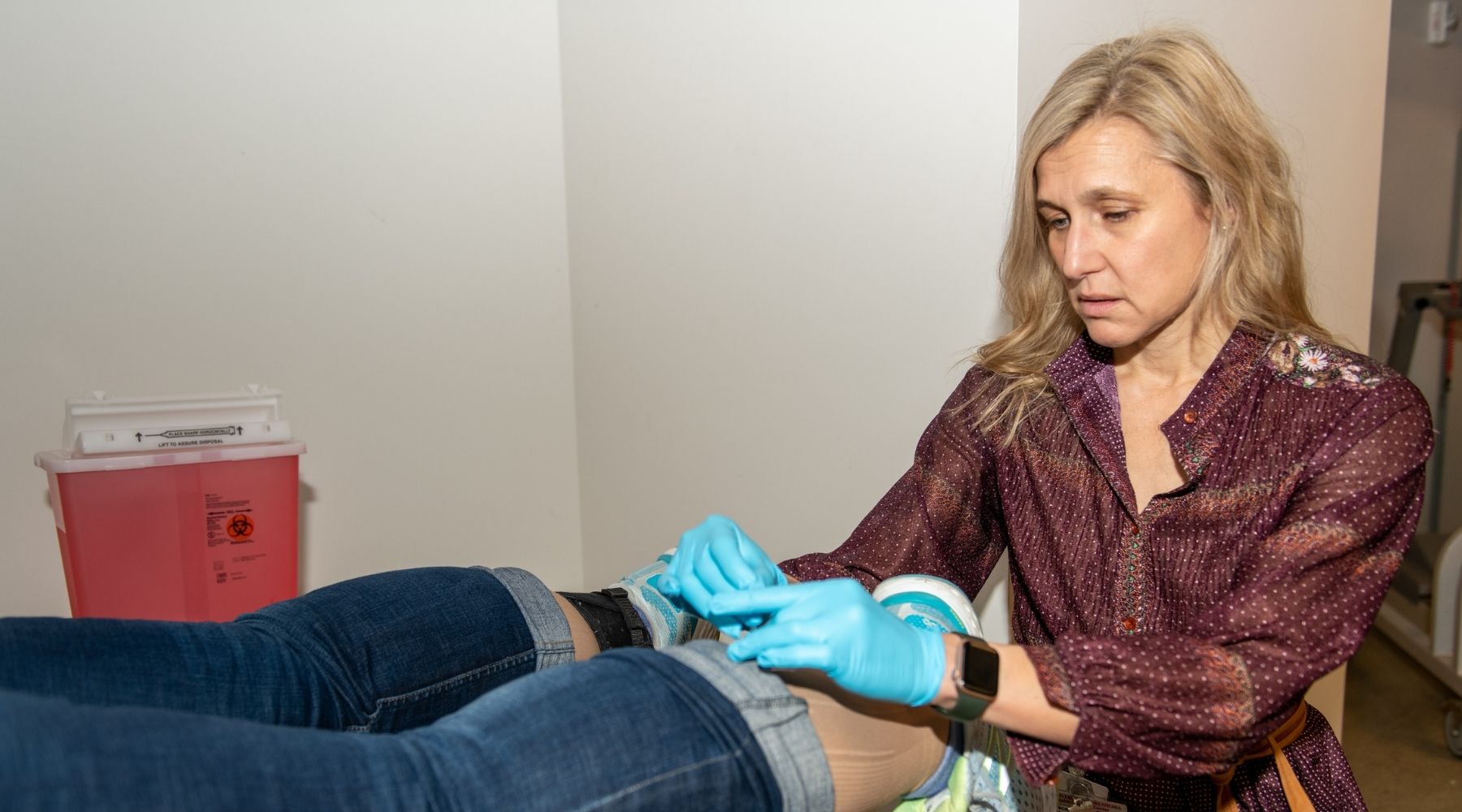 “The results need to be confirmed in a larger study, but they suggest possible improvement upon current intervention methods,” said Bobbette Miller, who treats patients at OMRF’s Multiple Sclerosis Center of Excellence and the University of Oklahoma Medical Center.

MS occurs when the body’s own immune system attacks the insulating layer that protects nerves in the brain and spinal cord. Significant gait impairments affect about 85% of the estimated 2.3 million people worldwide living with MS, Miller said. The source of these gait problems is a chronic muscle tightness called spasticity, particularly in the feet and ankles.

“Spasticity can be painful and debilitating,” she said. “Typically it forces the person to take slow, short steps and causes extreme fatigue, often preventing these people from holding a job and living independently.”

Botox injections are the most common current intervention for MS-related spasticity. These injections are moderately effective for short periods, Miller said, but many insurers do not cover them.

The study included 16 patients from either OMRF’s Multiple Sclerosis Center of Excellence or OU Medical Center. To ensure valid results, participants were excluded if they had received a Botox injection during the previous six months.

Miller’s study design was approved by the Internal Review Boards of OMRF and the OU Medical Center. Individual assessments determined the precise location of electrical stimulation for each participant.

The results: After six weeks of the new regimen, study participants, on average, walked an extra 30 feet during a 6-minute test, shaved nearly a second during a timed 25-foot walking test and increased the number of toe taps and heel raises performed before becoming fatigued.

While other studies have investigated electrical stimulation with dry needling as a spasticity treatment following strokes and spinal cord injuries, this was the first such study involving people with MS, Miller said.

“Improving quality of life is paramount in the management of chronic diseases, especially MS,” said Gabriel Pardo, M.D., director of OMRF’s Multiple Sclerosis Center of Excellence. “Bobbette’s novel approach to controlling spasticity has the potential to have a meaningful impact for these individuals. I’m eager to see this treatment modality continue to evolve through research and clinical use.”

Miller’s findings were published recently in the Multiple Sclerosis Journal. Her study was funded by a grant from the Presbyterial Health Foundation.