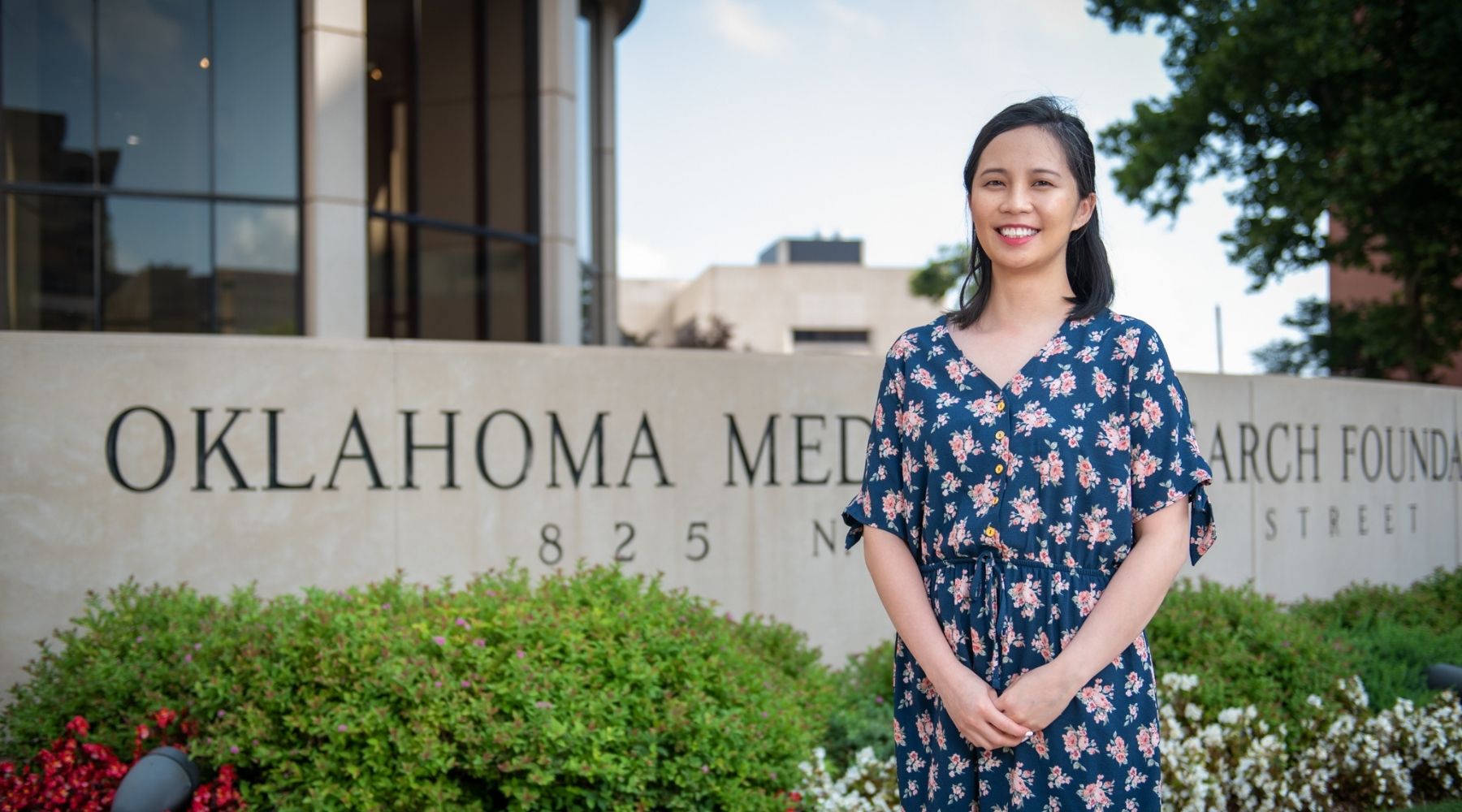 When Joan Merrill, M.D., joined the Oklahoma Medical Research Foundation in 2001, she came with a dream.

The physician-scientist wanted to treat and study lupus, an autoimmune disease that primarily strikes women. But with a full patient load as a rheumatologist at Columbia University, Merrill’s research dream remained just that.

OMRF offered the opportunity to do both.

Merrill’s arrival spawned what is now known as the Oklahoma Cohort of Rheumatic Diseases, a collection of tens of thousands of blood, urine, saliva and tissue samples donated by patients in OMRF’s Rheumatology Research Center of Excellence.

Those samples have contributed to hundreds of research studies published about lupus, which causes chronic inflammation that can damage the body’s organs and tissues. And in the cohort’s 20-year history, three new medications for lupus have earned Food and Drug Administration approval. All went through clinical trials at OMRF, tested by cohort patients.

Oklahoma City’s Jennifer Chan, 36, was diagnosed with lupus in high school. She joined OMRF’s cohort in 2003. Participating in research, Chan felt, was empowering. “I was practically beating down the door to join,” she said. “I decided if my body was going to fight me, I was going to find a way to fight back.”

Chan imagined the possibility of having a younger sibling or a child with lupus. “I wanted the future to be better for them,” she said. And, according to Merrill, it is.

“The downstream effect of the growing knowledge base is earlier diagnosis, flare prediction and intervention, and customized treatment,” Merrill said.

A 2021 analysis published in the journal Environmental Research and Public Health found that OMRF leads the U.S. in research productivity on systemic lupus erythematosus, the most common form of the disease. Over the past half-century, the foundation has contributed to more research papers on the disease than any other institution in the nation. Nearly 10% of all lupus studies published in that span have a foothold at OMRF.

That’s attributable in no small part to the cohort, said OMRF Vice President of Clinical Affairs Judith James, M.D., Ph.D. Beyond its worldwide contributions to the understanding of lupus, James said the cohort fundamentally shifted research at the foundation, paving the way for research collaborations leading to potential precision medicine for lupus and innovative clinical trial design.

Merrill feels certain that the cohort thrived largely because of OMRF’s environment, which blends clinical and lab research with world-renowned experts in autoimmune disease such as James.

“It would have never had the same impact without OMRF,” she said. “It was the conjunction of planets.”

For people living with lupus like Chan, the dream Merrill set out to make reality two decades ago offers hope that someday, the disease will be a thing of the past.

“If not in my lifetime, it will be solved for future generations,” said Chan. “Because of research.”