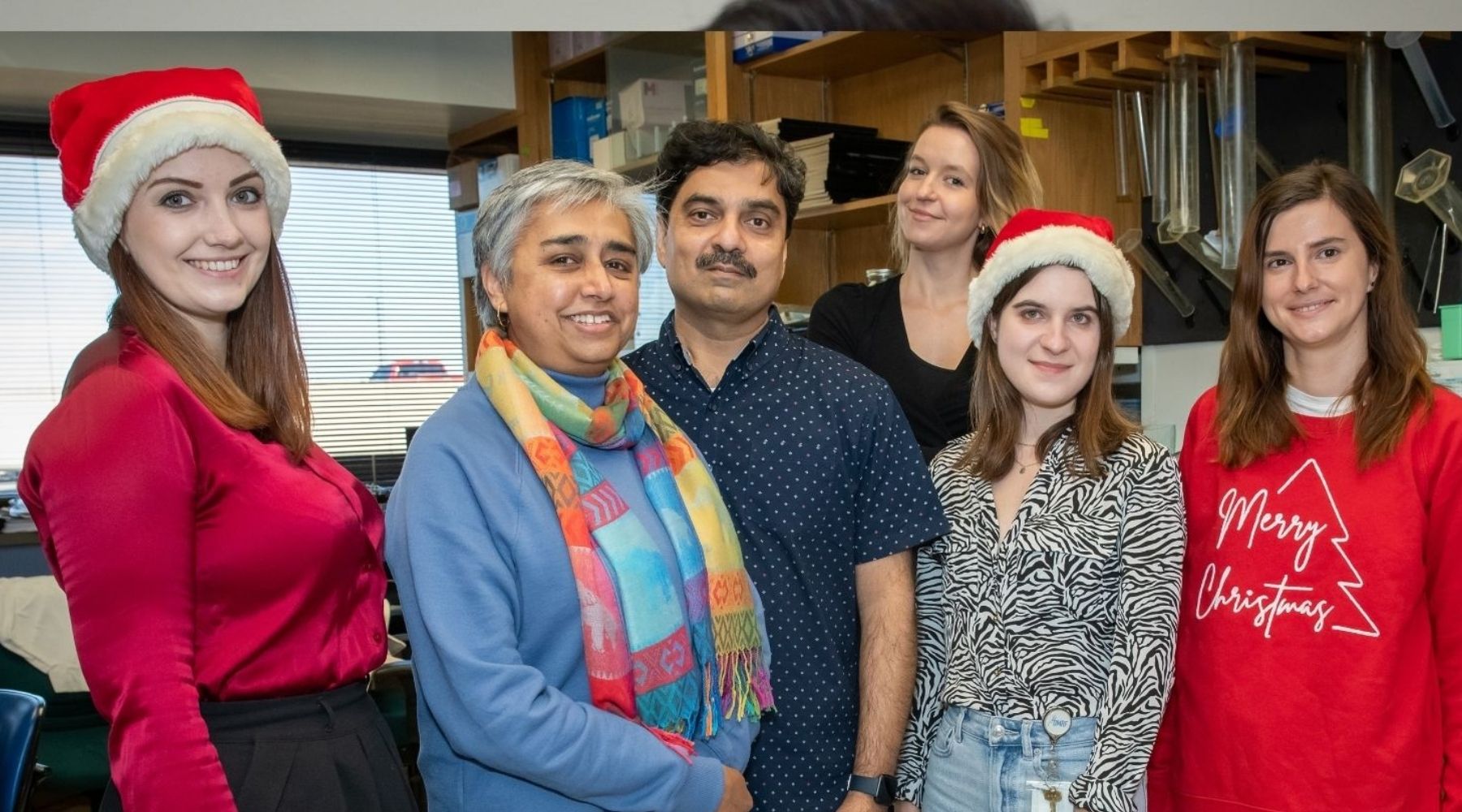 Home - News - Not quite home for the holidays

Christmastime, as countless carols and Hallmark movies remind us, is a season to relish in one’s family. But what if you’re thousands of miles from your loved ones during the holidays?

That question is especially relevant at the Oklahoma Medical Research Foundation, where more than a quarter of employees hail from over 30 countries around the world. Included are nearly two dozen scientists from Poland, at OMRF thanks to the country’s Visiting Research Graduate Traineeship/BioLAB Program.

December exacerbates the reality of being 5,000 miles from home for them, said Ola Bylinska, who arrived at OMRF in 2018. Now a graduate student at the University of Oklahoma Health Sciences Center, she is pursuing a doctorate while studying autoimmune disease in OMRF’s Arthritis and Clinical Immunology Research Program.

“The most important part for us is to recreate Polish Christmas traditions and try to feel like home with just a little bit of that magic and hope,” she said.

Those traditions include fasting on the day of Christmas Eve, and then sharing an unleavened Christmas wafer and a 12-course meal, “but only after the first star appears in the night sky on Dec. 24,” Bylinska said.

Although Oklahoma grocery stores don’t have every ingredient needed to prepare the dozen dishes, Bylinska tries to make several each year. She’ll decorate her home, and a live tree is a must, too. Combined with her community at OMRF, it all makes for a holiday season that’s a close second to the one she knows on the other side of the Atlantic.

“Christmas is always in our hearts, wherever we go,” said Bylinska. “Despite homesickness, I’m thankful for the family I found across the world in Oklahoma City.”

Those community connections are thanks in part to OMRF scientists Umesh Deshmukh, Ph.D., and Harini Bagavant, Ph.D. Originally from India, the husband and wife know how it feels to be far away during times of family celebration.

Deshmukh coordinates OMRF’s Polish graduate student program, which is administered by the Polish-U.S. Fulbright Commission. The couple frequently hosts cookouts for the visiting Polish students, and until recently, it’s also where they’ve all gathered at Thanksgiving and Christmas.

“In our kitchen, we’ve made almost 400 pierogis at a time,” Deshmukh said of the Polish dumpling most commonly cooked during the holidays.

But with the number of Polish employees and graduate students at OMRF growing, Deshmukh said several smaller groups now meet for holiday meals. And a new tradition has emerged: using the break to travel the U.S.

Still, Araszkiewicz says it is heartening to know the colleagues who share her native language will regroup around New Year’s Day to discuss their travels before diving into their research again.

“When you’re separated from your family, it’s hard to think of them celebrating the holidays without you,” she said. “But our group has grown so large at OMRF that we’re now a small community that supports each other.”