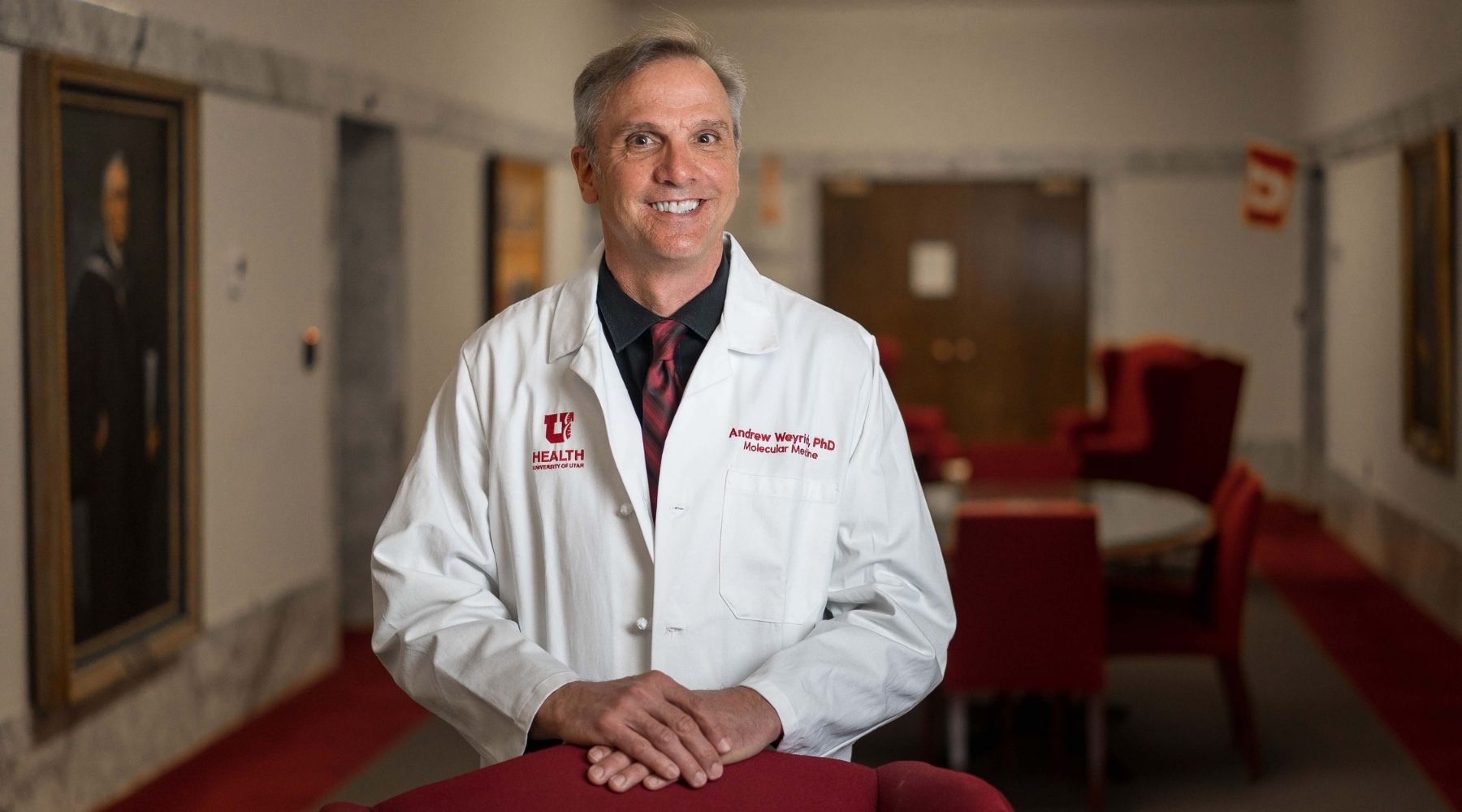 Weyrich, 58, comes to OMRF from the University of Utah, where he is vice president for research. He also serves as professor of internal medicine and holds the H.A. & Edna Benning Presidential Endowed Chair. An internationally recognized leader in blood clotting, his discoveries have facilitated key advances in the field of hematology.

Weyrich was selected following a nationwide search to lead OMRF, which this year is marking its 75th anniversary. He succeeds Stephen M. Prescott, M.D., who died in May, and OMRF general counsel Adam Cohen, who is currently serving as interim president.

“We searched for a visionary scientific leader who will build on OMRF’s reputation as home to the best and the brightest in research,” said Len Cason, chair of OMRF’s board of directors. “Dr. Weyrich is in a class of his own. He is a highly respected researcher who will propel the foundation to even greater heights.”

Originally an exercise physiologist, Weyrich joined the University of Utah as a postdoctoral fellow and over the next 28 years built his scientific reputation on the investigation of how blood cells impact human thrombotic and inflammatory diseases. He received his undergraduate degree in biology from Baldwin-Wallace College in Ohio, his master’s degree in health and exercise science from Wake Forest University, and his doctorate in physiology and pharmacology from the Bowman Gray School of Medicine at Wake Forest.

Weyrich has authored more than 150 peer-reviewed articles and has been funded by the National Institutes of Health for over 25 years. He is a member of the advisory council to the NIH’s National Heart, Lung, and Blood Institute, an associate editor for the journal Blood Advances, and a former member of the editorial board for the journal Blood. Among his numerous honors is the American Society of Hematology’s prestigious William Dameshek Prize for outstanding contributions leading to a new fundamental understanding of hematology.

In addition to his role as the University of Utah’s vice president for research, Weyrich is president of the University of Utah Research Foundation and Innovation District. As the leader of the university’s research community, Weyrich implemented strategic initiatives and programs that drive diverse and inclusive research excellence and contribute close to $600 million annually to the state’s economy.

“Dr. Weyrich’s laboratory and administrative experience give him a keen understanding of the importance of biomedical research and the challenges that it will face in the coming years,” said OMRF Vice President of Research Rodger McEver, M.D. “He will inspire scientists and staff at OMRF, and he will work effectively with community leaders to enhance biomedical research in Oklahoma.”

Weyrich is no stranger to OMRF, having collaborated with its scientists on research dating back more than 25 years. OMRF’s Prescott was also Weyrich’s mentor and colleague at the University of Utah.

“Scientists worldwide recognize OMRF for excellence in biomedical research,” said Weyrich. “That is because of the pioneering contributions made by OMRF researchers, all made possible by the incredible generosity of Oklahomans.”

Weyrich joins OMRF following 15 years of record growth that included the foundation’s largest campus expansion and the addition of more than 40 new principal scientists. In the same span, OMRF has three times earned designation by the NIH as an Autoimmunity Center of Excellence, one of only 10 in the nation, and three life-changing drugs born at OMRF have earned FDA approval, including the first treatment for pain crises caused by sickle cell disease.

An independent, nonprofit biomedical research institute with 450 employees and a budget of nearly $100 million, OMRF focuses its research on such critical disease areas as cancer, lupus, Alzheimer’s, heart disease and Covid-19.

“When I came to Oklahoma, I was overwhelmed by the outpouring of support for OMRF,” said Weyrich. “To lead the institution is a once-in-a-lifetime opportunity, and I couldn’t be more excited to get started.”