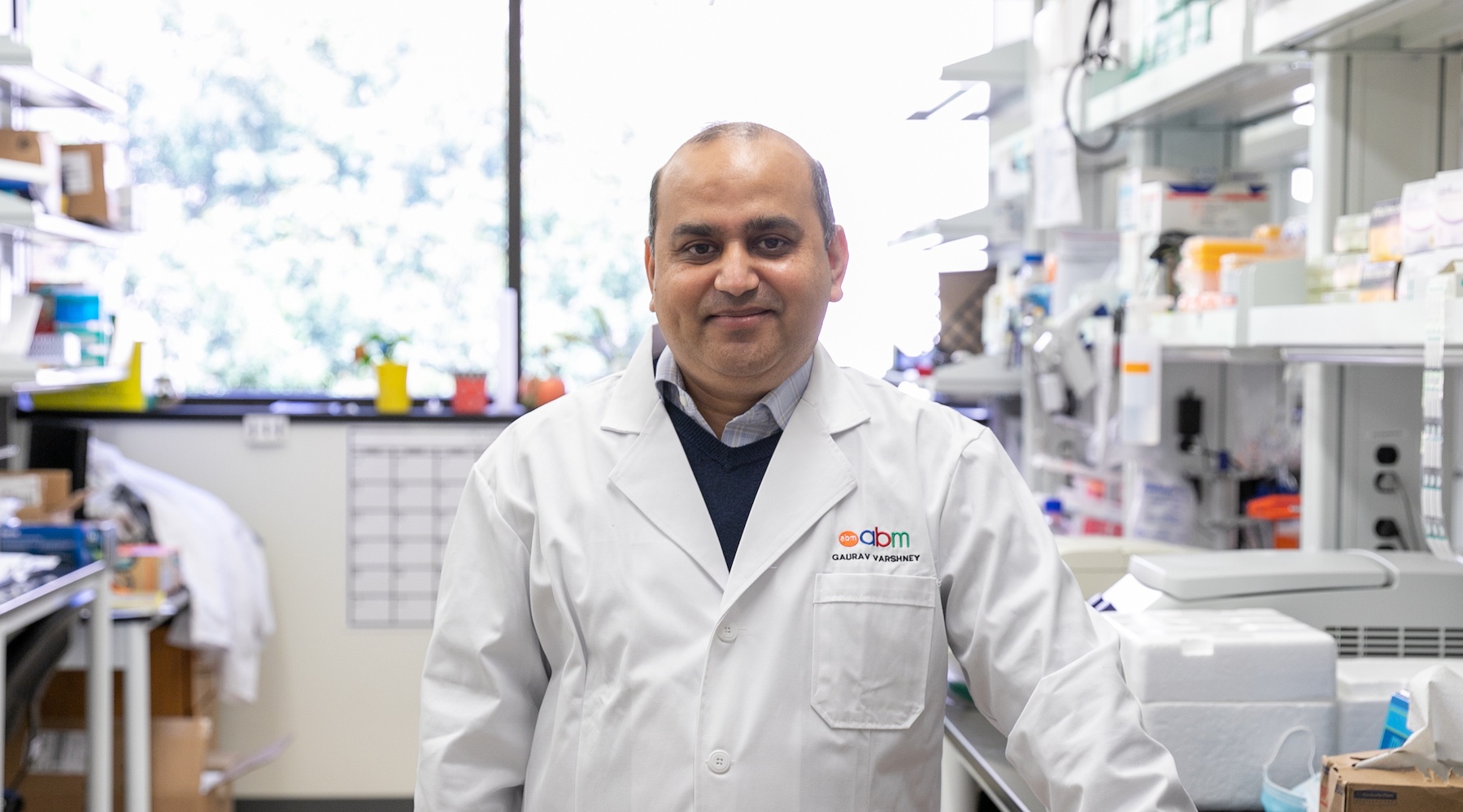 With a new grant from the National Institutes of Health, an Oklahoma Medical Research Foundation scientist is zeroing in on a set of understudied genes believed to be involved in developmental disorders.

“In the human genome, there are 20,000 to 25,000 protein-coding genes,” said Varshney, who joined OMRF from the National Human Genome Research Institute at the NIH in 2017. “But only a fraction of these genes have been studied.”

Scientists believe some 3,000 of our genes are susceptible to medication. Research so far has focused on less than a quarter of them.

To shine a light on these understudied pieces of our DNA, the NIH created the Illuminating the Druggable Genome program to prioritize the investigation of 300 genes scientists could develop treatments for if they knew more about them.

To examine these genes, researchers in Varshney’s OMRF lab will use zebrafish, a paperclip-sized fish. More than 80% of human genes known to be associated with human disease have a counterpart in zebrafish. Because the fish reproduce frequently, develop quickly and are transparent, scientists can easily monitor their developing cells and see in days what would take years to observe in humans.

Varshney and his team will use the gene-editing tool CRISPR/Cas9 to turn off individual genes in the tiny fish. Observing what happens when that single gene isn’t working will give researchers clues about what it might affect in human development. It could also indicate what disorders might be treated by targeting it with medication.

“Unless we know a gene’s function, we can’t develop a drug to target it,” said Varshney. “This work has potential to be expanded to all 300 of these genes and someday, we hope, lead to disease-modifying drugs.”

The grant, R03 TR003694-01, is funded by the NIH Common Fund and the National Center for Advancing Translational Sciences, a part of the NIH.