Another season, and Covid-19 is still with us.

The novel coronavirus first reared its head last winter. Throughout the spring and summer, it surged and, occasionally, ebbed a bit, only to surge again. With the coming of fall, we’ve now made it almost full circle.

So, in that time, what have we learned about this virus that’s now claimed more than 200,000 American lives? 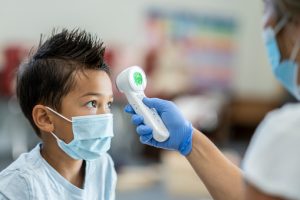 There are presymptomatic people: infected folks who have yet to develop symptoms. And then there are the asymptomatic ones, those who harbor the virus technically known as SARS-CoV-2 but never manifest any signs of it.

Both groups, it turns out, can spread the virus. And this symptom-less spread, which experts have estimated accounts for as much as 45% of infections, has made the pandemic particularly difficult to rein in.

2. Surface spread? Not so scary 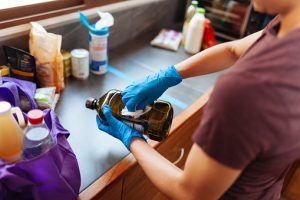 Remember when you wiped down your groceries and cowered from that package on your doorstep? Well, the scientific consensus is now that germs on surfaces don’t constitute a significant transmission vector for the virus.

Still, don’t put down the Lysol and hand sanitizer just yet. Studies have shown that surfaces around infected people can be home to viral particles that linger. So, stay safe by continuing to clean high-touch surfaces like doorknobs and countertops, and keep washing your hands. 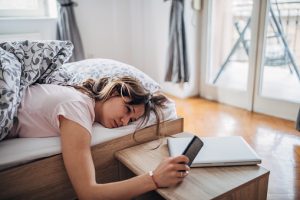 Just because your body has cleared the virus doesn’t mean you’re in the clear. Increasingly, physicians are documenting ongoing effects in people months after they no longer test positive.

This group, who call themselves long-haulers, reports symptoms that range from anxiety and chronic fatigue to a sort of brain fog that disrupts thinking and other mental processes. A study out of Germany has also shown lingering inflammation in the hearts of more than 60% of recovered patients.

“The body’s immune response seems to go haywire, leaving lasting damage behind,” said Dr. Linda Thompson, an immunologist at the Oklahoma Medical Research Foundation. “In some people, we’re seeing it in the lungs. Others in the heart. Some even in the brain. Only time and more research will tell the extent.”

4. We can develop vaccines quickly 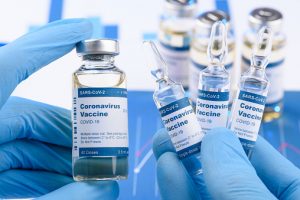 Historically, vaccine development has been measured not in months or years, but decades. Even the new Ebola vaccine, which received the green light from the FDA late last year, required almost six years for development, testing and regulatory approval.

But Operation Warp Speed has shown that scientific advances and massive investments by the public and private sectors can cut those times dramatically. In less than a year since scientists first identified SARS-CoV-2, we now have five different vaccine candidates in the final stage of clinical trials.

Barring unexpected setbacks, I expect multiple vaccines to receive FDA approval once these trials meet their endpoints in the coming months. Widespread vaccination of much of the American public should follow in 2021. 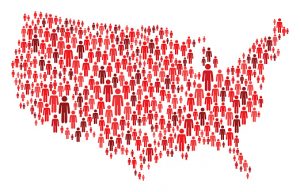 5. But herd immunity is still a long way off

Some had hoped we could stem the pandemic quickly with so-called herd immunity, where the virus runs out of susceptible hosts to infect. But the numbers of infections we’ve seen still fall multiples short of what we’d need to reach these levels.

Most public health experts estimate that about 70% of a given population would need to develop an immune response to the virus to stop its general spread (so even those who aren’t immune have protection). However, the most aggressive estimates suggest that no more than 20% or so of Americans have had the virus.

There are two roads to getting to the 70% threshold. One entails many, many more deaths. The other involves waiting – but, I predict, not too much longer – for the vaccine development and testing process to run its course.

You can guess which road I favor.

Next week: What we still have to learn about Covid-19