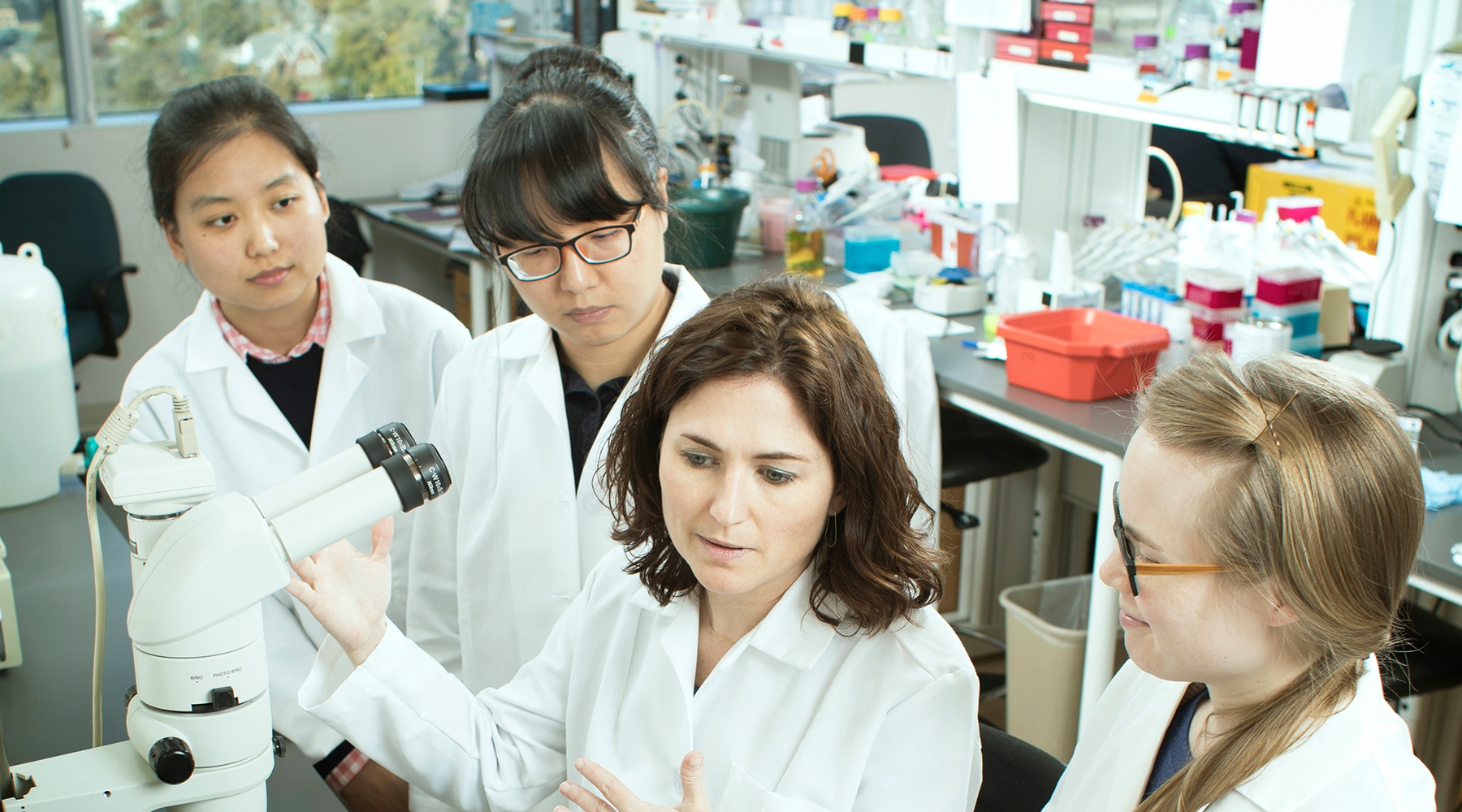 As a teenager, Courtney Griffin kept busy during the summers. Sometimes, she babysat her siblings. Others, she’d lend a hand at her father’s law office in Athens, Georgia, where she grew up. But it was the summer following her senior year in high school that would end up mapping the course of her professional life.

And it might never have happened if not for music.

When she was 17, Griffin was at her piano teacher’s house, awaiting a lesson. She struck up a conversation with Lois Miller, the mother of another piano student. It turned out that when Miller wasn’t taxiing her daughter to music lessons, she was a high-powered biologist who ran a lab at the University of Georgia. When she learned that Griffin was interested in science—Griffin had particularly enjoyed an Advanced Placement chemistry class where she’d determined the chemical makeup of a bobby pin she’d found on campus—and was headed to Harvard University in the fall, Miller offered the teen a summer job in her lab.

“That was the turning point for me,” says Griffin. “After two weeks in Lois’ lab, I was completely hooked on research. There was no going back.”

In addition to the hands-on exposure to biology, Griffin relished the times when Miller took her aside to talk about science and her career aspirations. “I was amazed that she identified somebody with no experience, but with real interest, and reached out to me and spent time with me,” Griffin says. “That was powerful and meant so much at that time in my life. I didn’t know it then, but she was teaching me how to mentor others.”

Griffin continued working in Miller’s lab for several summers during college. After graduating with a biology degree from Harvard, she went on to earn her Ph.D. at the University of California, San Francisco. Having decided to pursue a career as a cardiovascular biologist, she accepted a postdoctoral fellowship at the University of North Carolina at Chapel Hill. It was there that she reconnected with Dr. JoAnn Trejo, whom she’d met in California and who would become another mentor to the young scientist.

“Finding JoAnn was instrumental in my progress as a postdoc,” says Griffin. “I was able to watch her make her way as a faculty member and see firsthand the steps it took to get there. She helped relieve my fears, because she made it all seem attainable.”

Following the completion of her fellowship, Griffin joined OMRF, where she runs her own lab and has enjoyed considerable success as a cardiovascular biologist. That means spending the lion’s share of her days studying how blood vessels develop.

Still, she knows the part that mentoring played in her professional development, so she’s taken on that mantle for a number of junior scientists in her lab at OMRF. Recently, she’s also assumed broader responsibilities for guiding young researchers at OMRF, serving as the chair of OMRF’s postdoctoral training committee. That means helping to shepherd the careers of 40 or so trainees at OMRF who are at a pivotal point in their lives.

“Courtney always makes herself available to us when we need answers to questions or advice about developing our career choices,” says Dr. Erola Ainsua Enrich, a postdoctoral fellow who also leads OMRF’s postdoc association. “She encourages and guides us to become better scientists.”

For Griffin, that encouragement extends beyond students who’ve earned their graduate degrees. She and her husband, Tim, who’s also a researcher at OMRF, helped organize annual science nights at Oklahoma City’s Wilson Elementary School, introducing children to biology and chemistry through a series of fun, hands-on activities. This past fall, she also co-hosted an event with the American Heart Association designed to attract teenage girls to careers in science, technology, engineering and mathematics (STEM) fields.

“I might not have considered becoming a scientist if I hadn’t met an influential female scientific role model when I was a teenager,” Griffin says. “I just hope I can inspire other young people to consider science as a rewarding and creative career option.”