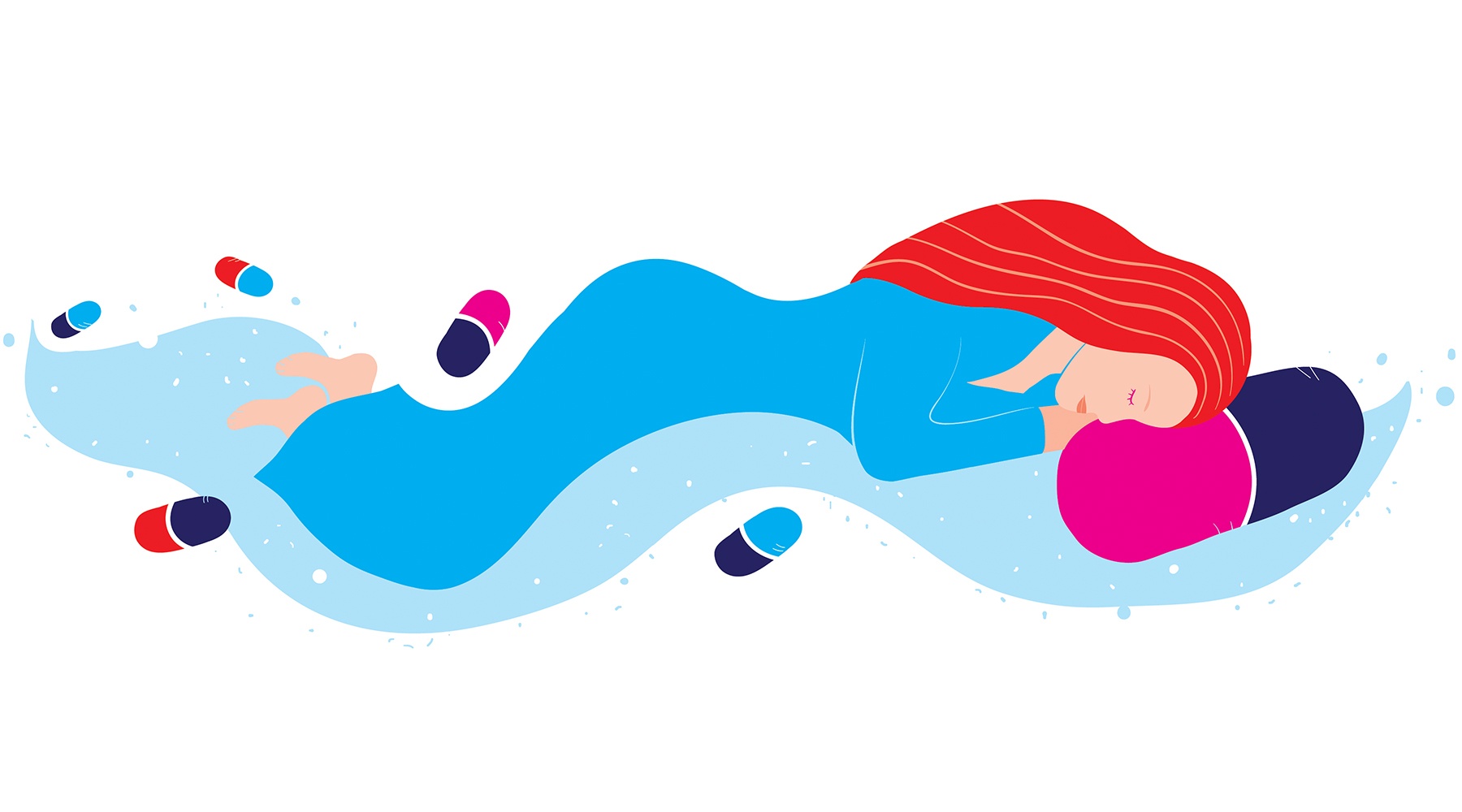 When I have difficulty falling asleep, I am torn about using over-the-counter sleep medications. Are there any long-term health effects associated with the use of sleep aids? In particular, I was wondering whether the use of these drugs might increase the risk of dementia?

Before we talk about sleep aids, let’s think for a moment about sleep itself. Or, more precisely, about how little sense it seems to make from an evolutionary perspective.

By day, our ancient ancestors stalked antelopes and gazelles in the grasslands. But when night fell, they’d curl up to get some shut-eye. Which is an extremely dangerous thing to do when nocturnal predators like leopards and lions are prowling the savannahs. So for this trait of sleeping (which probably converted a few of its less fortunate carriers into cat chow) to have survived, it must carry some pretty big biological benefits.

Research has shown that sleep plays a key role in forming and consolidating memories. Ditto for building new neuronal bridges and leveling old ones. Experiments in the past few years have also pointed to sleep’s essential role in physiological maintenance—specifically, clearing waste from the brain.

Not surprisingly, sleep deprivation has been linked to a variety of health problems: anxiety, depression, diabetes and hypertension. There’s also the higher rate of vehicular accidents that comes with persistent drowsiness, not to mention a decrease in productivity. When a neurologist and sleep consultant to numerous professional sports teams (including the Oklahoma City Thunder) studied Major League Baseball players, he found that 86 percent of those who reported the highest levels of drowsiness were no longer in the league two years later.

In a chronically overworked and underslept world, many turn to non-prescription sleeping aids such as Nytol or the antihistamine Benadryl. Researchers have yet to determine whether aided sleep produces the same level of physiological benefits as natural sleep. But research released earlier this year did find an increased risk of dementia among senior citizens who engaged in long-term use of sleep aids like these, which block the neurotransmitter acetylcholine. Other studies have also associated the use of multiple anticholinergic drugs (like the anti-depression medication Paxil and pain medications such as Tylenol PM) with lower levels of cognitive function.

Still, the evidence linking these drugs to dementia, Alzheimer’s or other forms of cognitive impairment remains weak, with no underlying explanation of what might be happening on a biological level. Moreover, the most recent study—the most rigorous by far—suggests that risk increases only when people use these drugs for three years or more.

So I wouldn’t be overly concerned that the occasional, short-term use of an over-the-counter sleep aid will cause Alzheimer’s.

That said, if you’re having trouble sleeping, there are other effective strategies that carry fewer potential side effects. Avoid all alcohol and caffeine before bed. Leave screens out of the bedroom, as the blue light emitted by devices like smartphones and TVs suppresses the release of the sleep hormone melatonin. Ensure your room is completely dark, as any light can disturb sleep patterns.

Most importantly, don’t panic if you find yourself tossing and turning. Try to visualize the step-by-step process involved in an everyday activity like a workout or cooking a meal. But unlike our prehistoric cousins, there’s no need to worry that when you do fall asleep, you might actually become a meal.