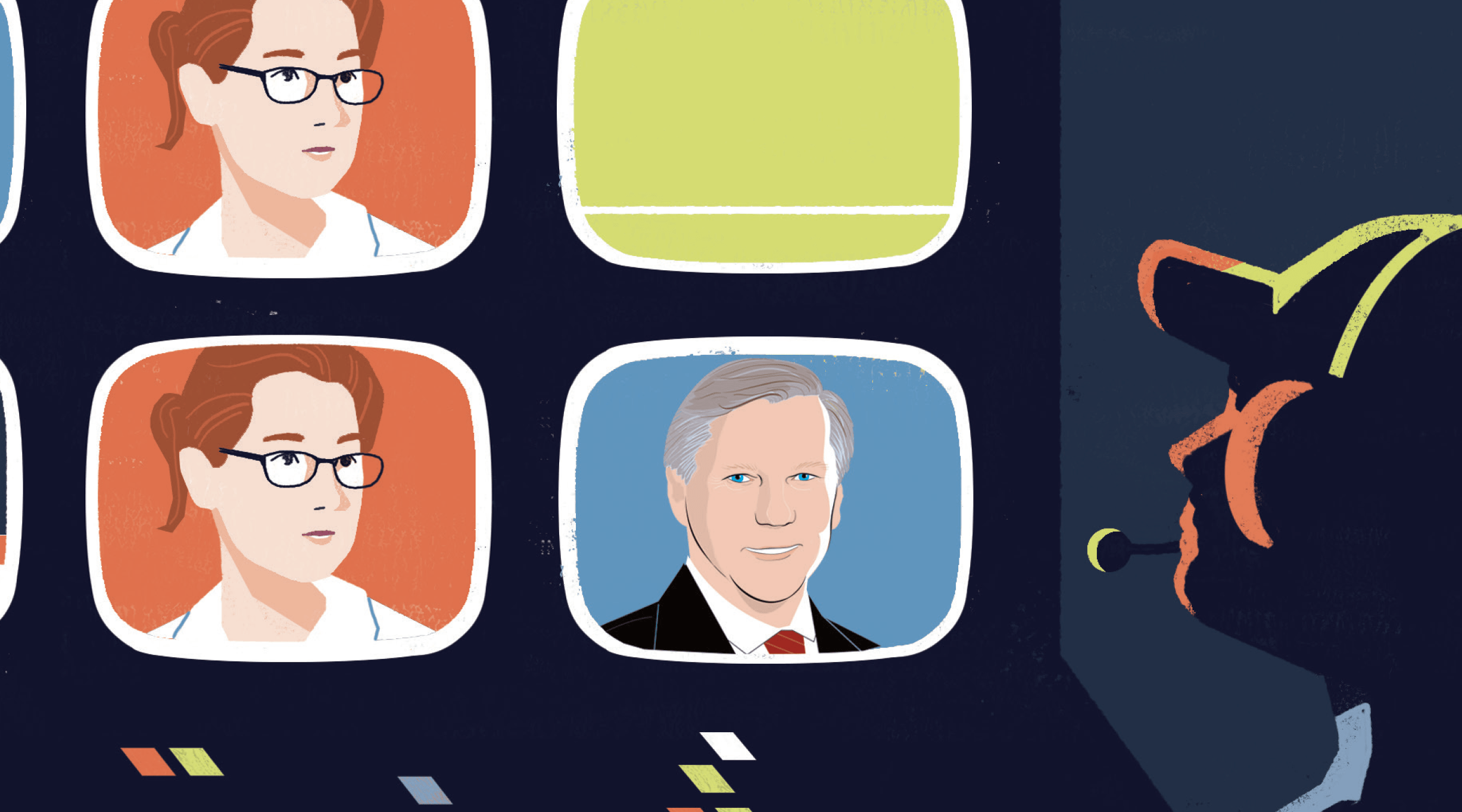 Dr. Stephen Prescott had received standing ovations before. Just not on the set of a local morning news show. And not from the production crew who had just filmed his appearance.

“It was pretty unexpected,” says OMRF’s president. “But then again, we were navigating a landscape that was all new to us.”

Earlier that week, Prescott had been booked as a Thursday morning guest on the Oklahoma City ABC affiliate, KOCO. He’d already made a similar appearance at the beginning February to talk about the new virus that had appeared in the U.S. It was now the second week in March, and producers had asked him back for further on-air discussion as the virus starting taking hold across the country. 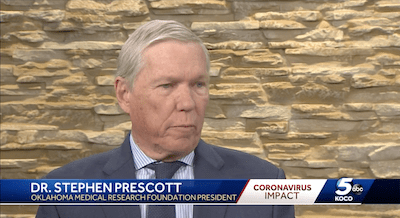 The night before Prescott’s appearance, the Oklahoma City Thunder abruptly cancelled their game at the Chesapeake Arena with the Utah Jazz. A few hours later, the National Basketball Association suspended its season after announcing that Jazz forward Rudy Gobert had tested positive for SARS-CoV-2. This news confirmed what state health officials had for months dreaded: The coronavirus had arrived in Oklahoma.

When Prescott came onto the set next morning, he sat down on a studio couch across from anchor Maggie Carlo. Unlike in previous appearances, there was no handshake, only an elbow bump. After calling Oklahoma City “ground zero” for the coronavirus in light of the NBA’s cancellation, Carlo proceeded to quiz Prescott about topics that would soon become second nature to him: viral spread, precautions, travel and quarantine.

Although guests are usually ushered from the set once a commercial break arrives, Carlo asked Prescott to stay for another segment, during which he fielded questions from viewers. “The virus had been on the edge of many people’s consciousness for a little while, but now there was no disputing it was here. And, understandably, that rattled just about everybody,” says Prescott.

When the interview finished, Prescott rose to leave the set. As he did, the camera operators, sound technicians and on-air personalities all rose—and applauded. “It was touching,” Prescott says. “It really hammered home how much people appreciated the access to reliable medical facts and guidance in a time of such uncertainty.”

In the months that followed, Prescott and other OMRF scientists would make scores of similar appearances on local news stations. Dr. Eliza Chakravarty, who did almost two dozen interviews for various coronavirus stories, believes she and her colleagues play a crucial role as honest brokers of information during health crises in today’s world. “These days, the media is full of all sorts of ‘information’ with relative degrees of veracity that makes it extremely confusing for non-scientists to understand,” she says. “It’s important that scientists take the time to review the actual data, distill it down so it’s more easily understandable, and then work with the media to make it available to the public.”

In addition to local media, OMRF scientists appeared in national outlets like Vice and The Los Angeles Times and also fielded inquiries from CBS This Morning and The Wall Street Journal. On the eve of President Donald Trump’s campaign rally in Tulsa, Prescott appeared live on CNN’s Anderson Cooper 360, discussing the wisdom of packing thousands of people into an indoor arena as new cases surged in Oklahoma.

Meanwhile, Chakravarty, an immunologist and rheumatologist, spoke with news outlets about topics that ranged from evolving guidance on mask-wearing to President Trump’s use of hydroxychloroquine, a drug she uses to treat her lupus patients. “The media helps to come up with the relevant questions folks are worrying about, and we can help with the answers as best we know them.” With a never-before-seen virus, she says, delivering those answers in real time can help people adapt behaviors as our understanding of the virus grows and changes. “I worry when information or predictions about the virus or treatments or timelines is presented as absolute. That’s just not how biological science works.”

Although social distancing has brought numerous downsides, Chakravarty, for one, was glad when news stations pivoted from in-studio interviews to using Zoom to talk to her from her home. “It removes the driving time to the studio and then waiting for the segment.” Instead, she can keep working on grants and publications until moments before going live on camera.

Plus, she says, “I can have plenty of Diet Pepsi and snacks right off camera for reinforcement. And wearing sweatpants instead of a skirt and heels is always a bonus.”