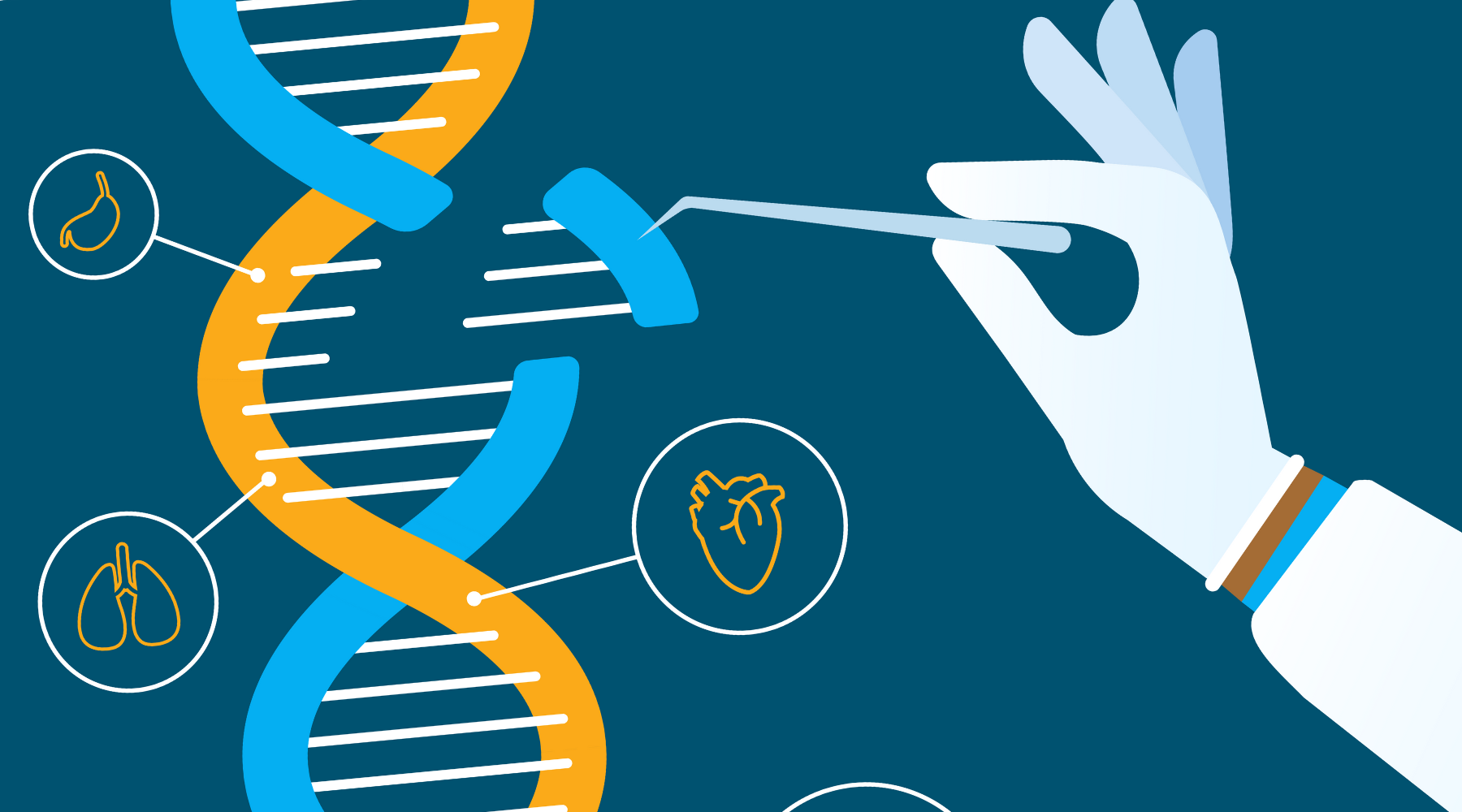 Home - On Your Health - With gene-editing technology, the possibilities are staggering

The year is at a stage where it’s pretty much all possibility. Sure, a resolution or two may have fallen by the wayside, but for most, the 11-plus months ahead remain filled with the opportunity for change and betterment.

In a larger sense, the New Year is a good metaphor for the potential held by the gene-editing technology known as CRISPR.

Discovered in 2012 by Drs. Jennifer Doudna and Emmanuelle Charpentier, CRISPR created a new method for editing DNA. When the researchers published their findings in the scientific journal Nature, Doudna remembers thinking, “[I]t’s like firing the starting gun at a race.”

A little more than a decade later, CRISPR has changed how medical researchers study disease. It also stands poised to transform the world we live in.

At the Oklahoma Medical Research Foundation, our scientists routinely design experiments where genes are custom-edited using CRISPR technology. This enables OMRF researchers to investigate genetic alterations with pinpoint accuracy: They now can zero in on the precise function of a single gene and understand how a mutation in that gene might lead to disease or other biological changes.

Cancer researchers are using CRISPR to discover the vulnerabilities of tumor cells. Meanwhile, cardiovascular biologists employ the method to tease out how certain cells – whose function had previously eluded scientists – affect the heart and contribute to heart disease.

Increasingly, we’re also seeing the technology making the leap to the clinic.

A host of CRISPR-based therapies have begun trials in patients. They run the gamut from rare genetic conditions (beta thalassemia, Leber congenital amaurosis) to a more common genetic illness (sickle cell disease) to diseases with more complicated roots (blood cancers, Type 1 diabetes). Doctors are even testing new treatments created with CRISPR for HIV and other infectious diseases, and the technology also has moved to the diagnostics side, enabling the rapid sequencing of emerging infectious diseases (like SARS-CoV-2, the virus that causes Covid-19) and the creation of inexpensive, fast tests.

In short, it’s a world ripe with potential we scarcely could have imagined even a few years ago. And we’re just scratching the surface.

CRISPR’s impact stretches beyond medicine. A botanist has created a tomato that can accumulate vitamin D when exposed to sunlight. A single gram of leaves from the plant contains 60 times the recommended daily allowance of the vitamin.

Going forward, biologists are targeting a wide spectrum of modifications that could transform agriculture as we know it. Think nuts without allergens. Or crops that require less water and are resistant to insects.

As with any novel technology, we need to monitor development closely and establish guardrails. In 2018, a scientist in China edited the genomes of three embryos to confer resistance to HIV and then implanted the embryos in women. The scientist was roundly – and rightly – condemned and then imprisoned, but the question remains: If we develop the capability to fix disease-causing genes in utero, should we?

The episode also raised the specter of eugenics, with CRISPR potentially enabling in utero alterations in height, eye color or even intelligence in the coming years. However, as a bioethicist recently pointed out, “There’s a difference between making people better and making better people.”

Like the discovery of DNA by Watson and Crick 70 years ago, CRISPR has fundamentally altered research. We are just now beginning to see the first payoffs. We can’t know precisely what lies ahead, but the life-improving possibilities that await on the horizon seem as vast as a scientist’s imagination.