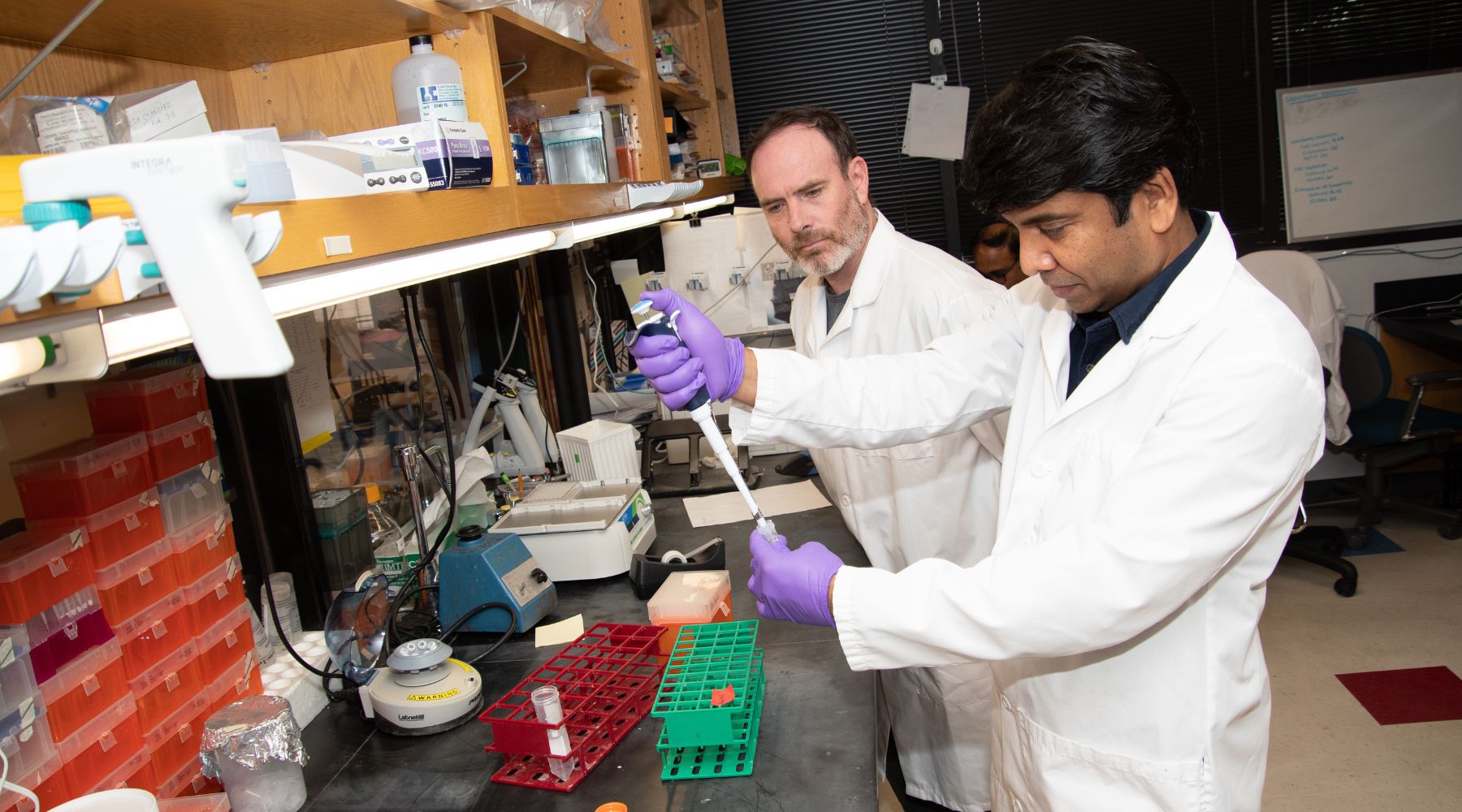 A discovery at the Oklahoma Medical Research Foundation is shedding new light on a particularly devastating form of multiple sclerosis.

OMRF scientists say their finding could lead to a treatment breakthrough for primary-progressive MS, which may affect as many as 10 to 15 out of every 100 people diagnosed with the condition and has no highly effective treatments. Conversely, there are more than a dozen approved drugs for relapsing-remitting MS, the most common form the disease.

In a new study published in the journal Redox Biology, the scientists found that in research models, the absence of a natural anti-inflammatory chemical found in neurons caused the same neurological issues and vision loss found in primary-progressive MS.

“We were surprised,” said Shylesh Bhaskaran, Ph.D., who devised the project’s experiments in the lab of OMRF’s Holly Van Remmen, Ph.D. “We expected that the loss of this chemical would cause muscle atrophy and other muscular dysfunction, but instead we found these quite different symptoms that mimic primary-progressive MS.”

MS is an autoimmune disease in which the body’s immune system attacks its own healthy tissues, resulting in inflammation that can cause vision issues, muscle spasms, tremors and paralysis. According to the National MS Society, the condition affects nearly a million Americans.

In relapsing-remitting MS, attacks are followed by periods of full or partial remission. In primary-progressive MS, the disease worsens over time without periods of remission. Treatment of the latter focuses on managing symptoms and increasing daily functioning.

Most MS research has focused on treating the relapsing-remitting form, said Gabriel Pardo, M.D., because it is more common and easier to study. Pardo leads OMRF’s Multiple Sclerosis Center of Excellence, where more than 3,000 patients from Oklahoma, Arkansas, Kansas and Texas receive treatment.

“There aren’t many research models that mimic progressive forms of MS, and that has created a prominent gap in our ability to develop new treatments for it,” Pardo said. “This discovery goes a long way toward filling that vacuum. Being able to study progressive MS in the lab will significantly improve our ability to understand it better and formulate treatment strategies tailored to this specific mechanism.”

OMRF scientist Bob Axtell, Ph.D., who led the research alongside Van Remmen, said the next steps involve working to understand the biology behind this finding and then testing an experimental drug in research models to see whether it blocks the progression of the disease.