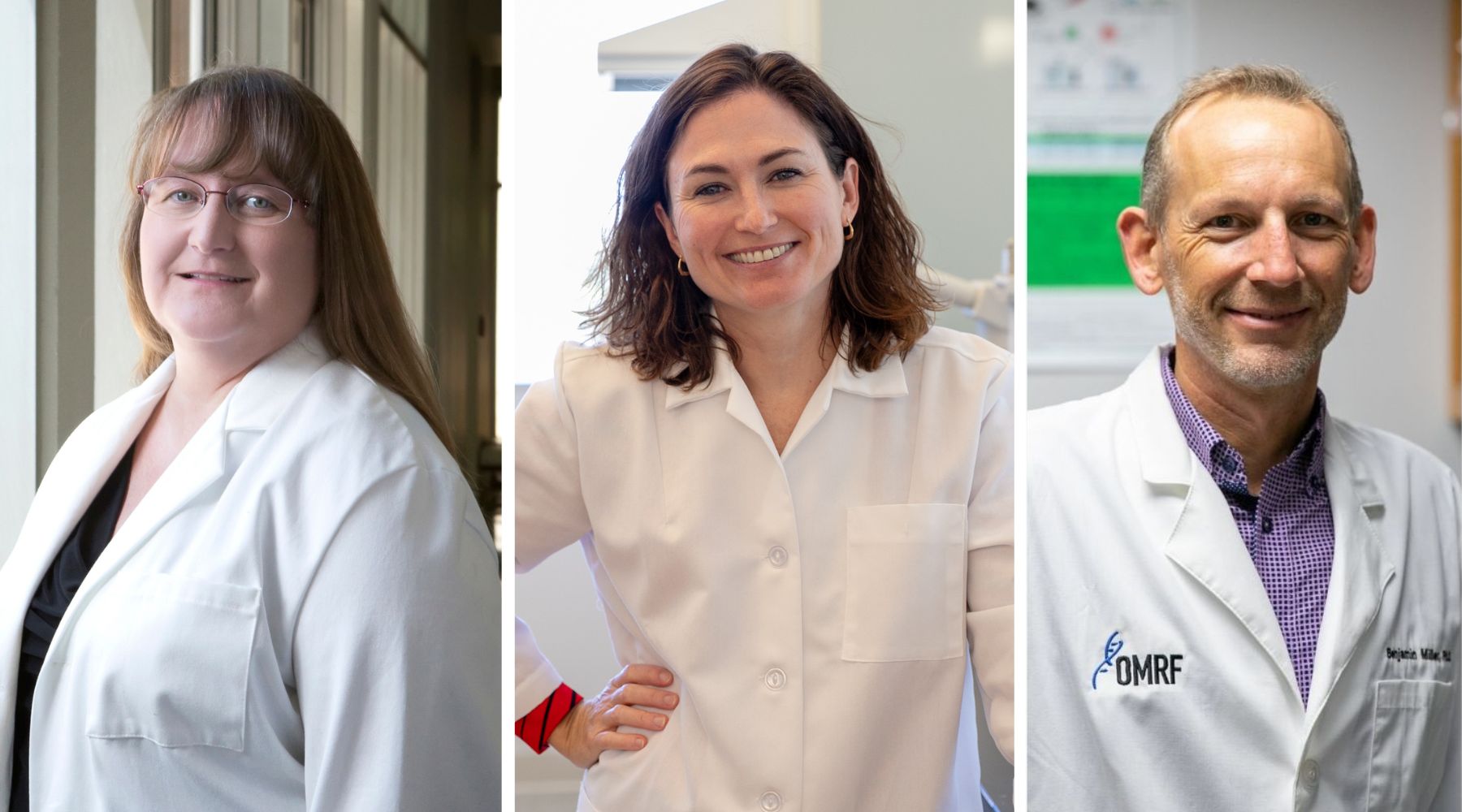 Judith James, M.D., Ph.D., was named executive vice president and chief medical officer. A native of Pond Creek, Oklahoma, James first came to OMRF as a Fleming Scholar in 1988. A member of the National Academy of Medicine and the foundation’s current vice president of clinical affairs, James holds the Lou C. Kerr Endowed Chair in Biomedical Research. She is recognized worldwide as a pioneer in autoimmune disease research. She is the foundation’s first chief medical officer and will assume her new role in January.

Courtney Griffin, Ph.D., was named OMRF’s incoming vice president of research. She joined OMRF’s Cardiovascular Biology Research Program in 2008 and holds the Scott Zarrow Chair in Biomedical Research. Griffin, who studies the development and healthy maintenance of blood vessels, also is scientific director of the Oklahoma Center for Adult Stem Cell Research. She will become vice president of research following the retirement of Vice President of Research Rod McEver, M.D., in spring 2023.

Benjamin Miller, Ph.D., was named chair of OMRF’s Aging and Metabolism Research Program, effective April 2023. An internationally recognized physiologist, Miller joined the foundation in 2018. His current research focuses on whether metformin, the world’s most-prescribed diabetes medication, can slow the biological process of aging.

“Each of these scientists has made key contributions to OMRF and to advancing the understanding and treatment of disease,” said OMRF President Andrew Weyrich, Ph.D. “With this leadership transition, I couldn’t be more excited about the future of OMRF and the discoveries that lie ahead.”