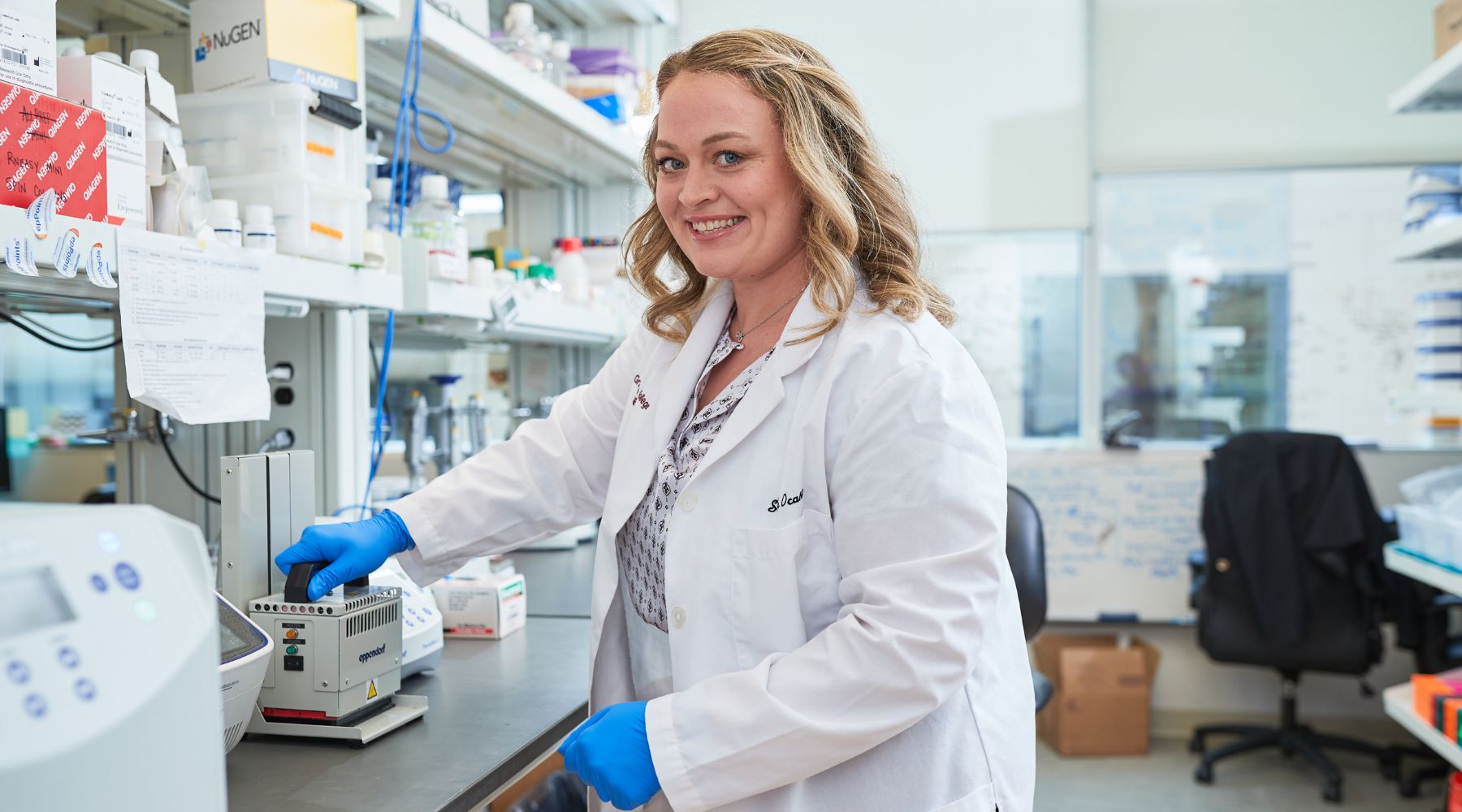 Ocañas joins an elite group of just 14 recipients for the 2022 awards from such institutions as the Broad Institute of MIT & Harvard, California Institute of Technology and Stanford University. She will receive a five-year, $2.2 million grant to fund her research in OMRF’s Genes and Human Disease Research Program.

“Competition for these kinds of federal dollars is intense. This is a tremendous distinction for Dr. Ocañas, OMRF and Oklahoma,” said OMRF Vice President of Research Rod McEver, M.D. “Winning a grant of this caliber is a significant achievement. It speaks highly of OMRF’s research excellence, and we’re proud to have Dr. Ocañas represent the foundation at this level.”

In her lab, Ocañas will work to determine why diseases progress differently between males and females. Of specific interest to her is Alzheimer’s, which is more prevalent and tends to cause greater cognitive decline in women, yet typically results in an earlier death in men.

“There are other diseases we study at OMRF that also affect the sexes differently, especially autoimmune diseases like multiple sclerosis and lupus, so I’m stepping back and looking at the mechanisms that could contribute to those differences,” Ocañas said.

Her goal is to identify gender-specific drug targets for new treatments.

Ocañas forged an unusual path toward operating her lab. After earning a bachelor’s degree in biology and math in 2010 from the State University of New York College at Geneseo, Ocañas joined Teach For America, part of the AmeriCorps national service network. She spent the next seven years teaching high school calculus, statistics and anatomy courses in the Texas Rio Grande Valley while pursuing her master’s in math from the University of Texas at Brownsville.

She has worked since 2017 as a graduate student in the lab of OMRF scientist Bill Freeman, Ph.D. Ocañas received her doctorate from the University of Oklahoma Health Sciences Center in May.

“This is a rare opportunity – to jump from getting her doctorate to having her own lab in just a matter of months,” Freeman said. “I’m excited for Dr. Ocañas, but also for OMRF because we get to keep a talented scientist who brings strong neuroscience and data science skills that will help several other researchers here.”

“The science advanced by these researchers is poised to blaze new paths of discovery in human health,” said Lawrence A. Tabak, D.D.S., Ph.D., acting director of NIH, of the 2022 high-risk, high-reward grant recipients. “This unique cohort of scientists will transform what is known in the biological and behavioral world. We are privileged to support this innovative science.”