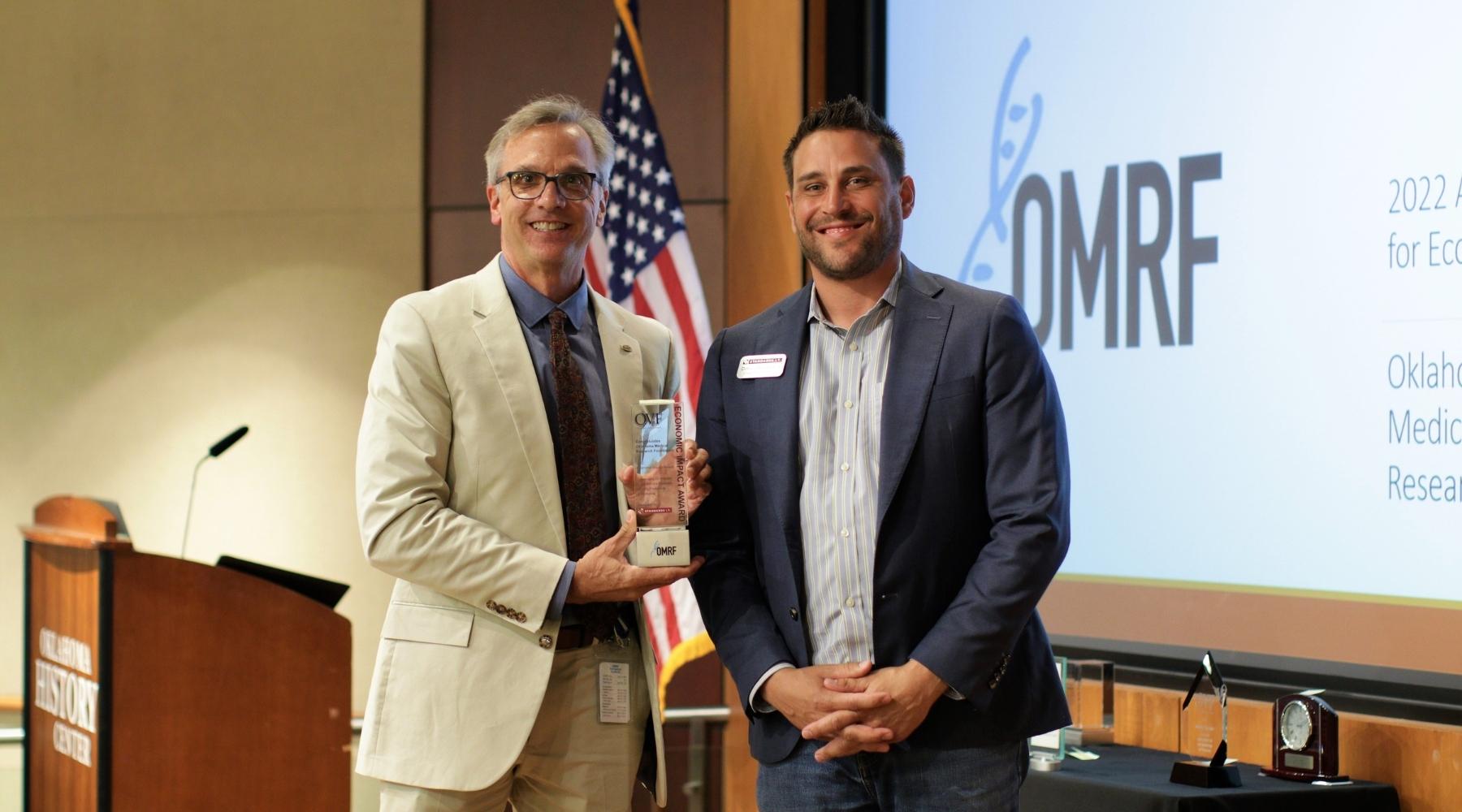 OMRF received the organization’s 2022 Economic Impact Award. “Everybody knows about OMRF and the phenomenal things they’ve been doing for a long time,” said OVF past president Danny Slusarchuk, who presented the award. “Their discoveries have yielded hundreds of patents and three life-changing drugs now available in hospitals around the world.”

“OMRF’s identity has hinged not just on doing groundbreaking research, but on translating that work into tangible advances that improve the lives of patients,” said OMRF President Andrew Weyrich, Ph.D., who accepted the award. “That emphasis has always set us apart from our peers.”

Weyrich also reminded the audience of OMRF’s impact on the state’s economy. “From our budget of approximately $100 million, most of it goes back into the community in salaries, induced labor income, or state and local taxes,” he said, adding that 100% of donations to OMRF go directly to research.

At the event, OVF also honored a host of start-up businesses and presented state Sen. Jessica Garvin, R-Duncan, with its Entrepreneurial Champion Award.

Since 1987, OVF has championed small businesses and economic development by connecting and recognizing venture talent. Entities receiving its awards must be independently owned and operated and headquartered in Oklahoma.