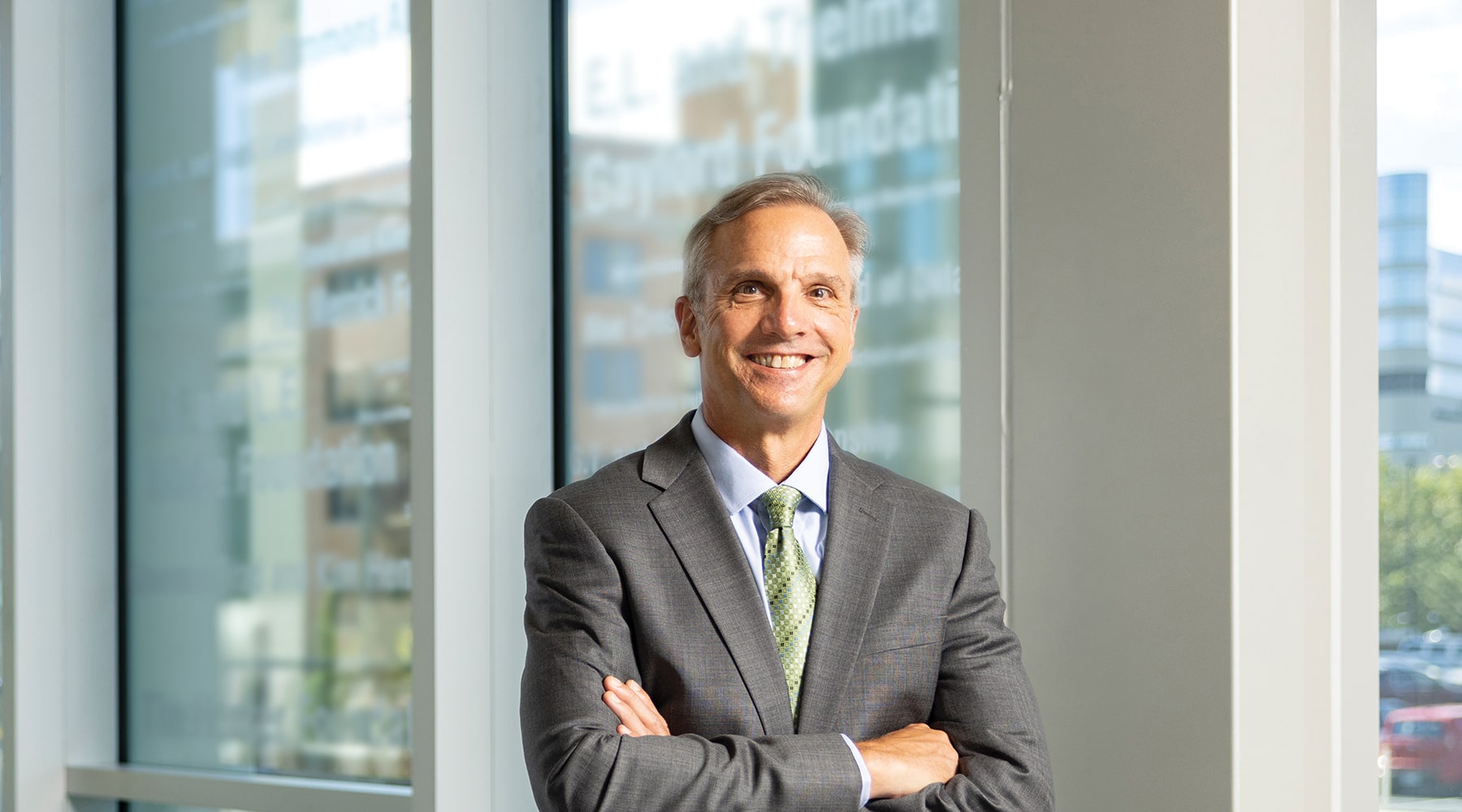 Weyrich comes to the foundation from the University of Utah, where he was vice president for research. An internationally recognized leader in blood clotting, his discoveries have facilitated key advances in the field of hematology.

OMRF, which is celebrating its 75th anniversary, named Weyrich president in October following a nationwide search. He succeeds Stephen M. Prescott, M.D., who died in May, and OMRF general counsel Adam Cohen, who served as interim president.

“Dr. Weyrich is a visionary scientific leader who will build on OMRF’s reputation as home to the best and the brightest in research,” said Len Cason, chair of OMRF’s board of directors. “OMRF’s excellence will only grow under his leadership.”

Weyrich has been engaged in transition planning with the foundation’s senior leadership since being named president. His early priorities include meeting the researchers in each of OMRF’s labs, developing a scientific strategic plan and expanding the foundation’s statewide outreach. That means seeking input from scientists, administrative staff, board members, donors, legislators and others.

“I’m here to listen,” Weyrich said. “I want to know what our scientists and our community need from OMRF.”

Weyrich is no stranger to OMRF; as a professor and researcher at the University of Utah, he collaborated with foundation scientists on research partnerships in cardiovascular biology that date back to the 1990s. His research focuses on how blood cells impact human thrombotic and inflammatory diseases.

An independent, nonprofit biomedical research institute with more than 450 employees and a budget of nearly $100 million, OMRF focuses its research on such critical disease areas as cancer, lupus, Alzheimer’s, heart disease and Covid-19.

Weyrich earned his doctorate in physiology and pharmacology from the Bowman Gray School of Medicine at Wake Forest. He’s authored more than 150 peer-reviewed articles and is a member of the advisory council to the National Heart, Lung, and Blood Institute. Among his numerous honors is the American Society of Hematology’s prestigious William Dameshek Prize.

His tenure at OMRF will follow 15 years of record growth at the foundation that included the foundation’s largest campus expansion and the addition of more than 40 new principal scientists. In the same span, OMRF has three times earned designation by the National Institutes of Health as an Autoimmunity Center of Excellence, and three life-changing drugs born at OMRF have earned FDA approval.

Weyrich said his goal is to “amplify and strengthen” an already thriving research institution.

“I want to set us up for continued success,” he said. “We want to move things forward so that the excellence here becomes a perpetual thing.”