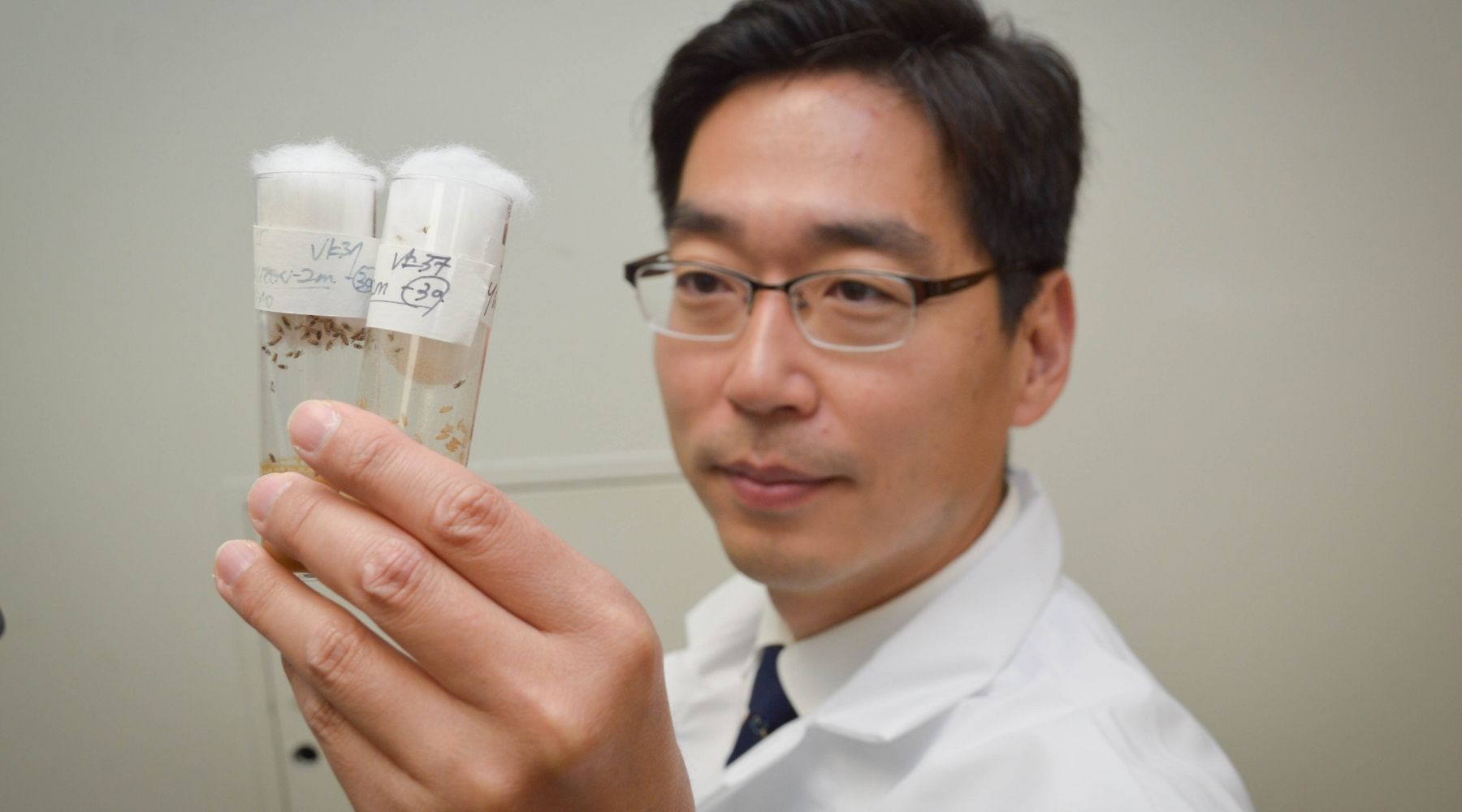 Worldwide research led by an Oklahoma Medical Research Foundation scientist has uncovered genetic variants that cause a wide variety of neurological and developmental disorders.

“These children experienced a wide range of symptoms, but we found one crucial link among them,” said Yoon, who joined OMRF in 2017 from the Baylor College of Medicine. “The common thread was that each person had mutations in the same gene.”

The study published in the American Journal of Human Genetics involved children from eight unrelated families, all from Europe and the Middle East. The children ranged in age, with some as young as 1 and 2 years old. Symptoms ranged from epilepsy, gait problems and an underdeveloped brain to hearing and sight loss.

DNA sequencing revealed that each patient shared a variation of a gene known as OGDHL. Yoon turned to Drosophila, the common fruit fly, to prove the mutations in the OGDHL gene were not just a shared trait but the actual cause of their disease. The tiny insect has served as his primary research model for 17 years.

Why fruit flies? For Yoon, the answer is simple: Flies are small, easy to maintain, and he can manipulate their genome using advanced technology. About 75% of their genes mirror those in humans.

Fruit flies contain a counterpart gene to the human OGDHL gene. Yoon’s lab removed that gene from the insects and introduced the mutations found in the patients. Doing so caused similar neurological symptoms in the fruit flies.

The scientists also found that the loss of OGDHL in human neurons caused defects in mitochondria — the driver for energy and metabolism — in brain cells. “That told us that OGDHL is essential in the development and function of neurons,” Yoon said.

Yoon said it’s too early to know how common the mutation is but noted the findings would help doctors better diagnose patients and understand how variations of the gene lead to disease. “It was the first step in someday finding a treatment or perhaps even a cure,” he said.