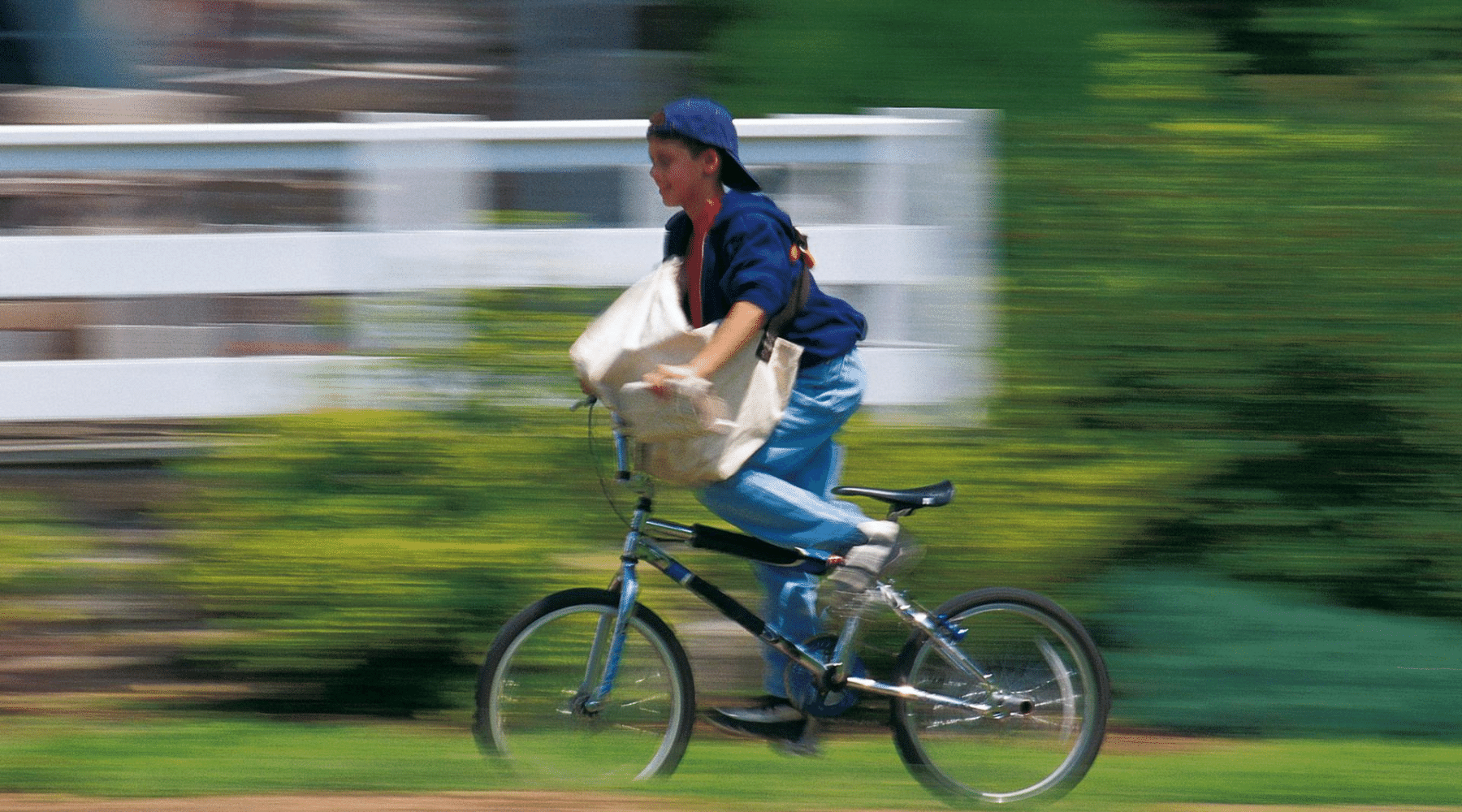 When I opened my front door a few minutes before sunrise on Monday, my newspaper was resting on my porch ledge. My neighbor and I have a longstanding friendly competition to see who can get up first and retrieve the other’s paper from the driveway we share. On this particular morning, Paul had won. 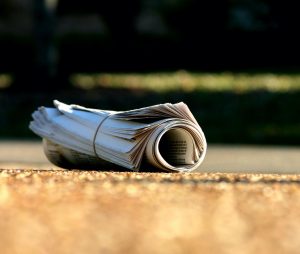 I removed the rubber band that kept everything bundled together, and a small scrap of paper fluttered to the ground. I scooped it up and blinked as my 53-year-old eyes struggled to make out the text in the soft, gray light.

“Just a heads up that after today I will no longer be your carrier,” said the handwritten note. “After three years, I decided this is no longer a fit for me. I’m going to follow my dreams!”

I recognized the handwriting from notes I’d received in the past, which usually came around Christmas. They typically wished me happy holidays and listed a woman’s name and address. I made it a practice to mail her a note and a check each year. Delivering the paper is a thankless job, and I wanted her to know I appreciated her.

And, selfishly, I wanted her to keep at it. Because if she quit, I had no idea who, if anyone, would replace her.

I never met her. But as she tossed more than 1,000 papers on my driveway – and, occasionally, in my yard if she missed her target by a bit – I tried to piece together the few clues she left.

Don’t worry, it wasn’t like I was putting together one of those crazy walls (think Polaroids, yellowed news clippings and pieces of string) TV detectives use to track down serial killers. I just wanted something that cast a bit of light on my mysterious courier. 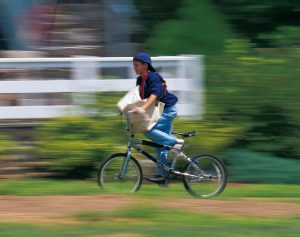 I’ve only known two people who delivered papers. One covered a route on a bike for pocket money in his early teens. The other was a buddy’s father. A retired transit executive, he enjoyed having some structure to days that otherwise could seem too empty. Plus, my friend used to say, his dad loved the mid-morning logistics of figuring out the most efficient route to deliver all the “problem papers,” the ones that got wet or that other carriers missed.

She began her task very early each morning, long before most of us stirred in our beds. But, like just about anyone who had to rise not long after the bars close, she must have struggled to stay awake. That, I imagined, was why she blasted music from her car.

I guess it could have been a truck, because I never actually saw her vehicle. Still, its pulsating bass trumpeted her arrival, usually a few minutes after 4 a.m.

During a weeklong movie marathon that stretched into the wee hours, my son, home from college, became convinced the nightly dose of thumping music came from some nefarious character casing our home. At first, I failed to put two and two together. A few nights later, a thump, thump, thump outside pulled me from my dreams. As I scrambled semi-panicked from my bed to the window, a plonk – paper, meet driveway – freed my brain from its sleep-encrusted haze.

It’s just her, I said to myself, climbing back beneath the covers. The bumpin’ paper woman.

I guess I could’ve grown irritated every time she awakened me, which was often. But it can’t have been easy to do a job that required her to zig while the rest of the world was zagging. 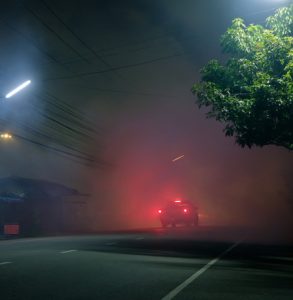 She almost certainly needed this job, one that very few of us have the discipline or desire to do. The least I could do is cut her a little slack.

In time, I came to treat her noisemobile as a welcome herald of the day to come. Especially during the early days of the pandemic, she provided a dose of ritual and normalcy in a time that sorely lacked both. All is right with the world, her arrival proclaimed. Go back to sleep now, my friend. The warm glow of the sun will soon be upon you.

These days, having a newspaper delivered to your home each morning makes you, well, different. I like to think of myself as old-school. Really, though, I think I’m just old.

Tuesday morning, the weight of those years kept my eyes shut longer than usual. Or perhaps it was the silence of the wee hours. Because I slept straight through until 6:30 a.m.

As someone who’s struggled recently with insomnia, that would usually make me happy. Yet when I made my way down the driveway, I felt a sense of loss.

I reminded myself that I didn’t actually know my paperwoman. And that her note, which ended with a smiley face, said she was following her dream.

I have no idea what that dream is. But I hope she finds it.