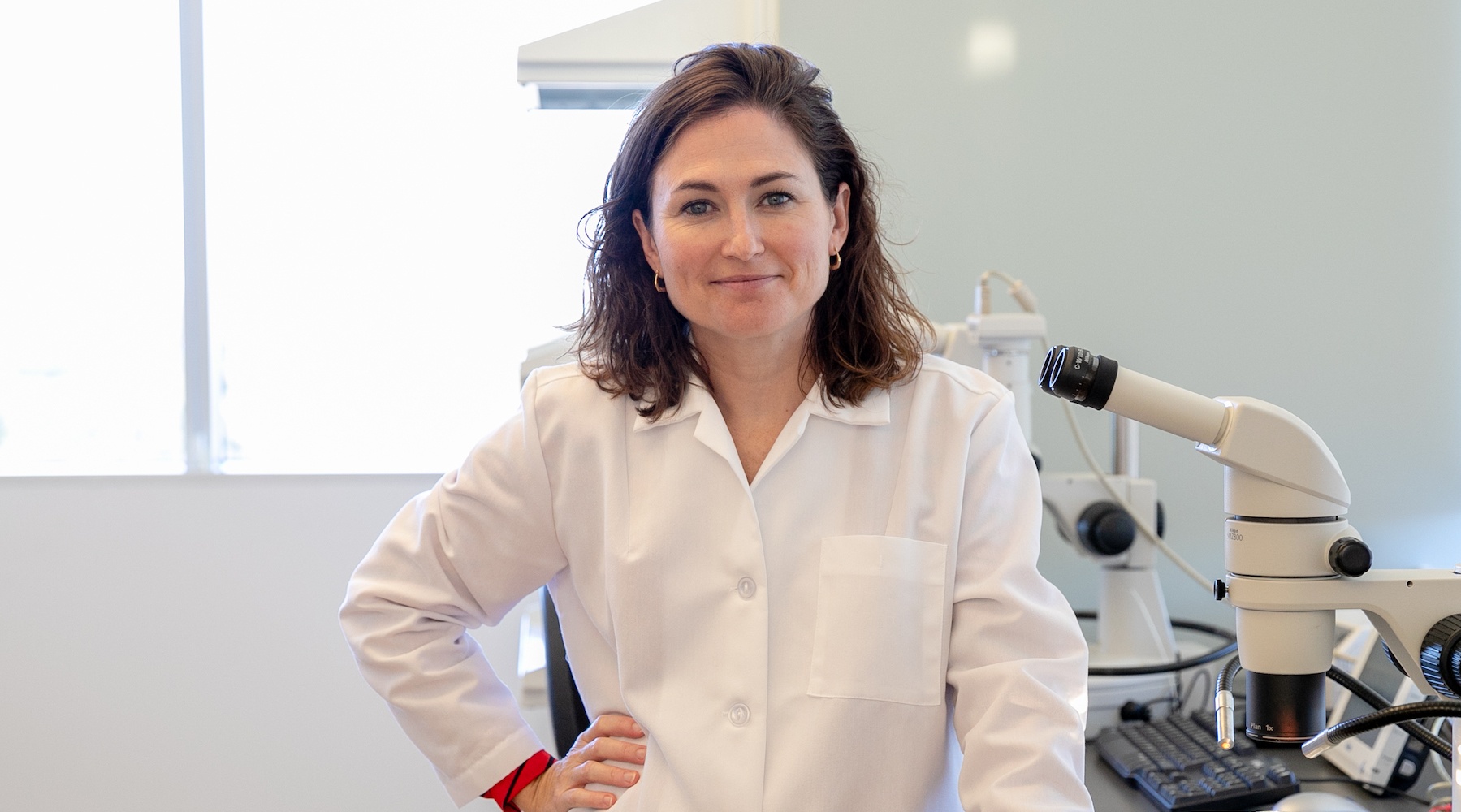 Founded in 1994, NAVBO is an international organization of scientists who study the function and diseases of blood vessels.

At OMRF, Griffin studies vessel regression. When the body grows too many or too few blood vessels in places like the eyes and kidneys, they can disrupt the normal function of the organ. Griffin’s team works to understand ways to control abnormal vessels. She first joined NAVBO in 2006 as a postdoctoral researcher.

“Organizations like NAVBO help scientists connect with other researchers in our niche of biology,” said Griffin, a scientist in the foundation’s Cardiovascular Biology Research Program. “In science, you can’t be an island and be successful.”

Griffin joined OMRF’s scientific staff in 2008 after completing a postdoctoral fellowship at the University of North Carolina Chapel Hill. She earned her doctorate at the University of California San Francisco following her bachelor’s degree at Harvard University. At OMRF, she holds the Scott Zarrow Chair in Biomedical Research.

In addition to her position at OMRF, Griffin is also the scientific director for the Oklahoma Center for Adult Stem Cell Research and an adjunct professor of cell biology at the University of Oklahoma Health Sciences Center.

As president of NAVBO, Griffin will lead the organization’s global team of officers in education, outreach and advocacy efforts.

“We’re increasingly focused on younger students who are intrigued by vascular biology and making real progress in increasing involvement with underrepresented groups,” Griffin said. “It’s a joy and a privilege to build a scientific family that extends around the world, and, most importantly, it empowers science.”