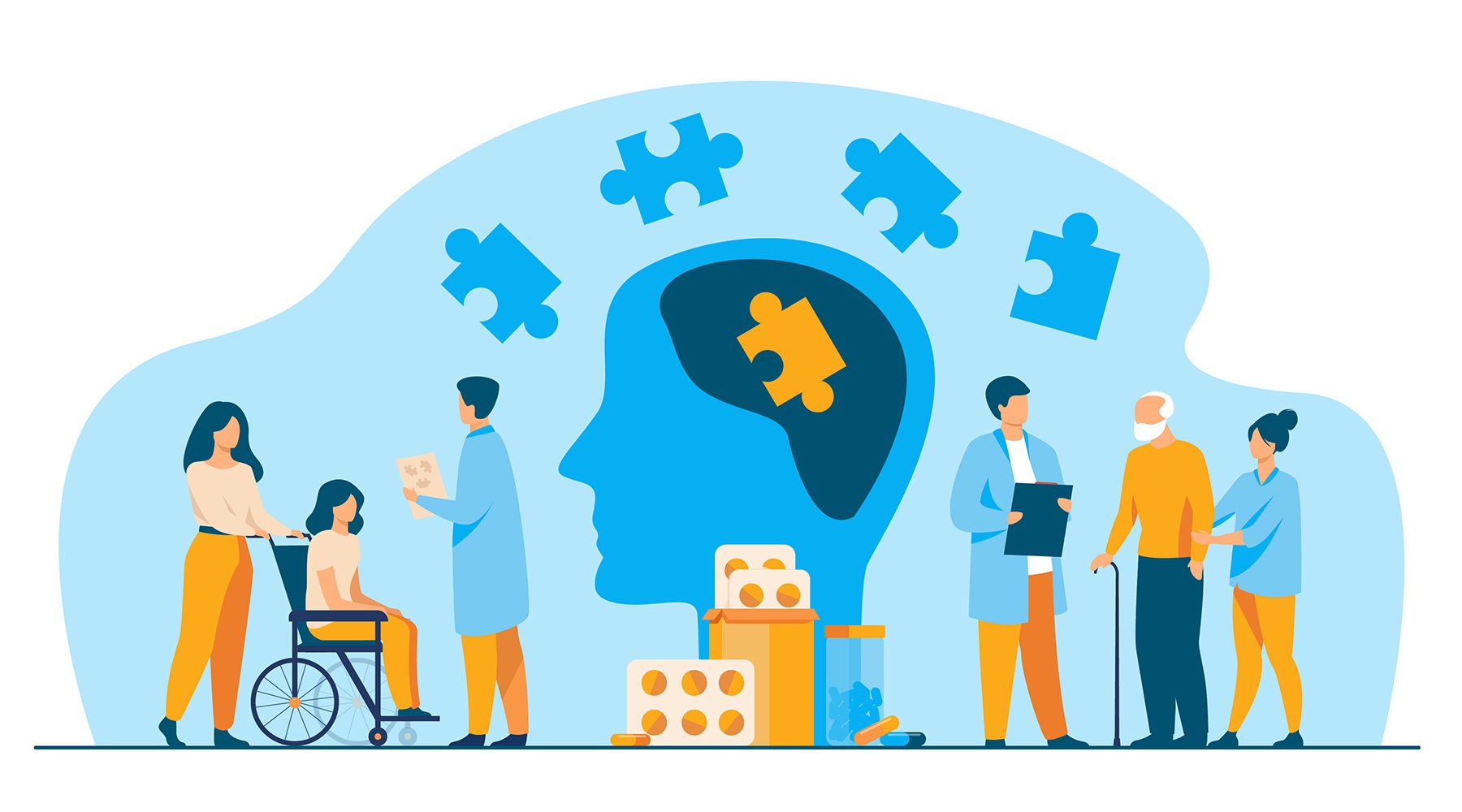 Home - News - Understanding the differences between Alzheimer’s and dementia

For years, the terms “Alzheimer’s” and “dementia” have been used interchangeably. But the difference between them is important, say experts at the Oklahoma Medical Research Foundation, with no better time to learn than June: Alzheimer’s and Brain Awareness Month.

“Dementia is an umbrella term that includes many diseases. Alzheimer’s is just one of them,” said OMRF scientist Mike Beckstead, Ph.D., who holds OMRF’s Hille Family Foundation Chair in Neurodegenerative Disease Research and is studying the role the naturally occurring brain chemical dopamine may play in Alzheimer’s disease. “Dementia is a set of symptoms.”

Those symptoms include a decline in memory, cognitive skills and communication abilities that interrupt daily life. Dementia most commonly strikes older adults and is caused by damage to or loss of nerve cells and their connections in the brain.

“Dementia affects people differently depending on the area of the brain impacted,” explained Holly Van Remmen, Ph.D., who leads the foundation’s Aging and Metabolism Research Program. “In the case of Alzheimer’s disease, that includes memory loss, disorientation, mood swings and other cognitive issues.”

Alzheimer’s is the most common form of dementia. According to the Alzheimer’s Association, it accounts for 60-80% of cases of dementia and affects more than 6 million Americans.

“That means the majority of people who have dementia also have Alzheimer’s,” said Van Remmen, who holds the G.T. Blankenship Chair in Aging Research at OMRF. “But in most cases, there’s no way to tell for sure.”

That’s because there is currently not a definitive test for Alzheimer’s. The only way to conclusively diagnose the disease is through analyzing brain tissue following a person’s death.

But assessing the disease underlying dementia is important, Van Remmen added. While there is no cure for Alzheimer’s and the condition has just one treatment — a drug that may potentially delay decline from the disease, approved this month by the U.S. Food and Drug Administration — it may be possible to change the course of some other forms of dementia.

Triggers for dementia may include vitamin deficiencies, thyroid problems, brain tumors, depression, excessive alcohol use, medication side effects, infectious diseases and even fluid buildup on the brain. Each of these forms of dementia is potentially reversible with treatment.

In the case of Alzheimer’s, said Beckstead, early intervention likewise remains important. “By the time the disease has advanced from small things like losing keys to a severe tipping point like getting lost on the way home from the store, it’s often too late to disrupt the progression of symptoms,” he said.

If you or a loved one show signs of dementia, added Van Remmen, seek medical treatment as soon as possible.

“An early evaluation by a physician offers the best opportunity to understand what options are available,” Van Remmen said. “If treatment is possible, you can’t afford to delay.”