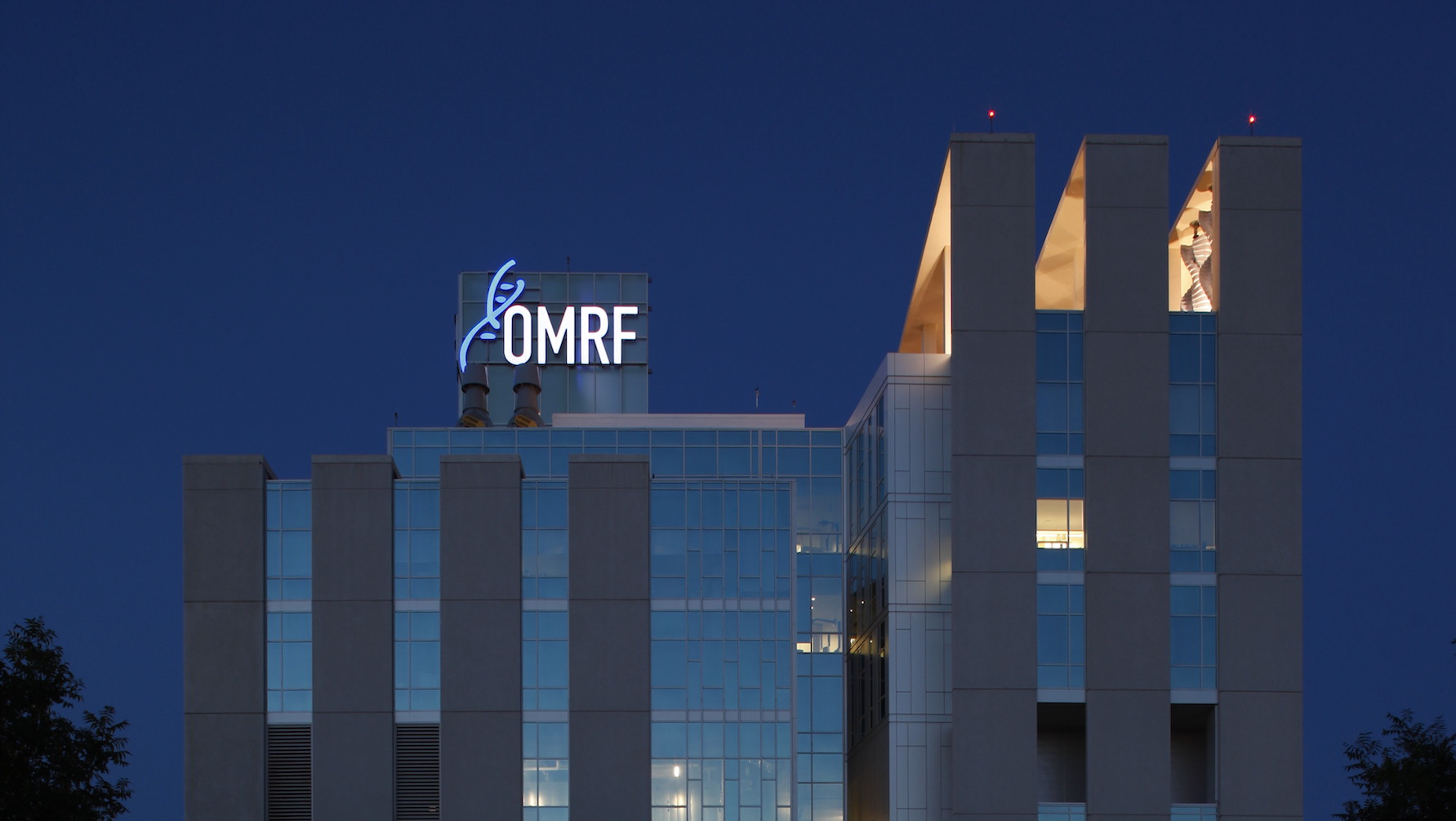 Now in its 45th year, Putnam City’s annual Cancer Drive has grown from grassroots efforts to include a 5K, carnivals and even the chance to dump slime on teachers in exchange for donations. But traditional events came to a halt in March due to Covid-19.

“We are so grateful to Putnam City Schools for their long-standing support of cancer research at OMRF. Even with a shortened school year and disrupted fundraising plans, they made a substantial gift to our ongoing efforts,” said OMRF scientist Linda Thompson, Ph.D., who holds the Putnam City Schools Distinguished Chair in Cancer Research. “It’s a testament to the strength of this partnership and a reminder that despite the world’s critical focus on Covid-19, medical research in other areas must continue.”

Putnam City High School teacher Lois Thomas started the drive in 1976 to support numerous coworkers who were diagnosed with cancer in a short window of time. She and a small group went door-to-door collecting money to help fight the disease.

Since then, her efforts have raised more than $3.7 million for OMRF. The funds have paid for research, supplies and established OMRF’s Putnam City Schools Distinguished Chair in Cancer Research.

Work at OMRF has led to an experimental drug now undergoing clinical trials at the OU Health Stephenson Cancer Center to treat patients suffering from glioblastoma, a deadly brain cancer. The drug has also shown promise in diffuse intrinsic pontine glioma (DIPG), a fast-growing pediatric cancer that starts in the brain stem.

“Putnam City Schools students and employees work hard to raise money for OMRF throughout the school year. That commitment allowed us to raise significant funds for OMRF prior to schools being closed during the pandemic,” said Dr. Fred Rhodes, superintendent of Putnam City Schools. “Schools host individual fundraisers at school sites, and all of those combined with Putnam City’s annual Cancer Classic 5K raised an impressive amount during an abbreviated school year. We are proud of this partnership and how that relationship contributes to the progress made in cancer research in Oklahoma.”