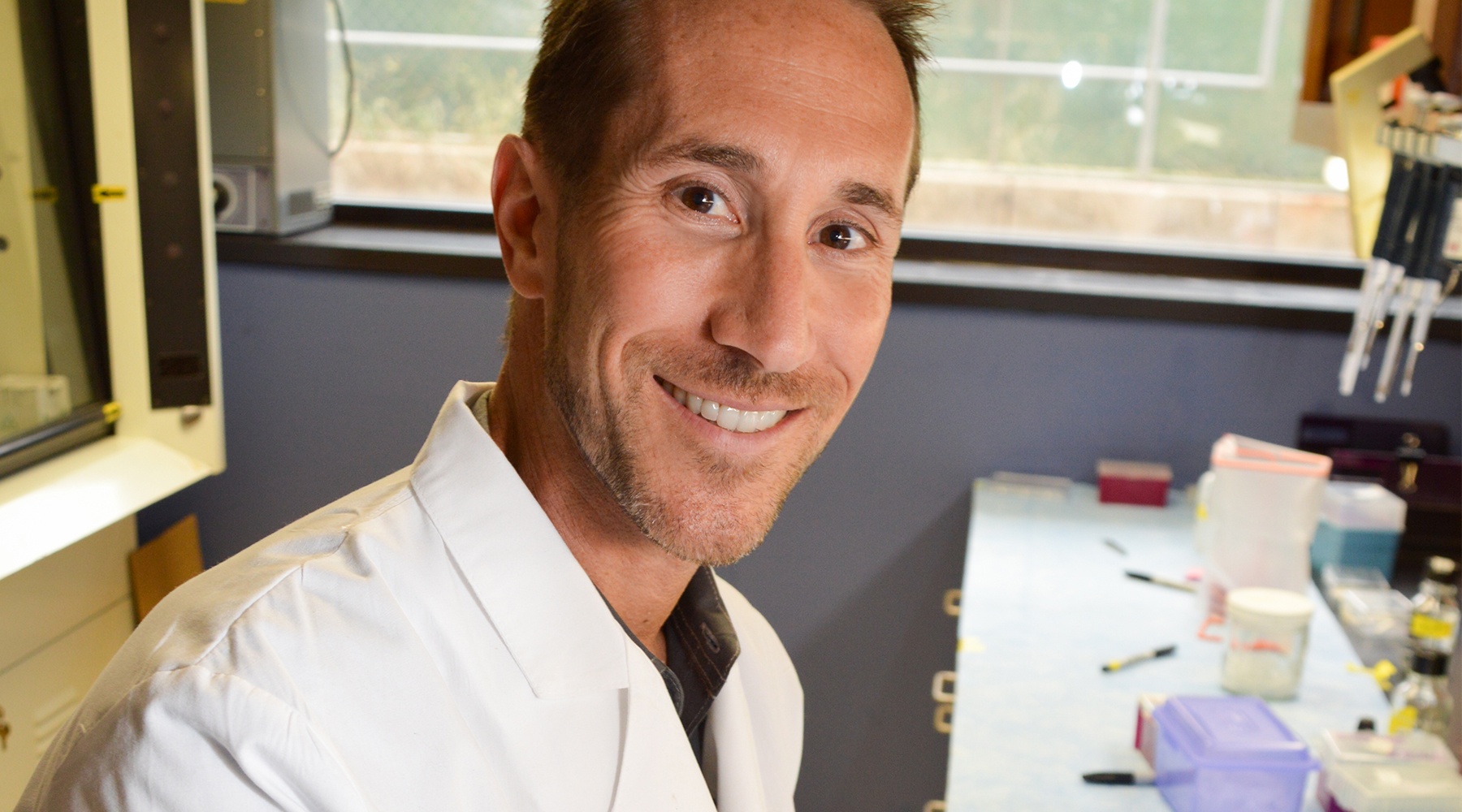 Scientists at OMRF are investigating how an FDA-approved multiple sclerosis drug affects one of the most common symptoms of the disease: vision loss.

MS is a complex autoimmune disease where the body’s immune system attacks its own healthy tissues. The disease attacks myelin, the protective layer that covers nerves throughout the body. Myelin loss damages the nervous system’s ability to carry signals to and from the brain, causing a wide range of symptoms.

At some point, more than 50 percent of all MS patients will experience optic neuritis, which occurs when the myelin protecting the optic nerve is stripped away, resulting in temporary blindness.

“MS flares cause worsening of this vision loss, but when the flares resolve, the vision usually comes back,” said OMRF scientist Scott Plafker, Ph.D., who led the study. “In some cases, though, repeated flares lead to permanent vision loss. We need to come up with strategies to prevent this.”

In the search for better ways to treat, or even potentially thwart, optic neuritis, Plafker and a team of researchers looked at a drug called dimethyl fumarate, or DMF, which was approved for treatment of MS in 2013.

“DMF is one of many compounds approved for MS treatment, but there had never been reports of whether this compound worked—in mice or human patients—for resolving optic neuritis,” said Plafker. “We decided to take on that project.”

His lab revealed that DMF had more positive effects on reducing motor deficits in mouse models but only modestly lessened the severity of optic neuritis.

To better understand how DMF works in humans, Plafker teamed up with physicians in OMRF’s Multiple Sclerosis Center of Excellence in a retrospective chart analysis of MS patients using DMF.

“We looked exclusively at patients who never got off the medication to get a better grasp of how it impacted optic neuritis,” he said. “Of the 52 patients we studied, only two ever had a single episode of optic neuritis while taking DMF. That is an incredibly exciting aspect of this study.”

Plafker said DMF appears to be stopping the recurrence of optic neuritis in these patients, which could potentially help prevent the pain and blindness that occurs with flares, but it may also stop long-term damage or permanent blindness.

“This is potentially very important clinically, because a patient and a doctor would want this kind of information when coming up with a strategy to combat patient-specific MS,” he said.

The work was supported by funding from the National Eye Institute, a part of the National Institutes of Health, as well as the Oklahoma Center for the Advancement of Science and Technology (OCAST) and the Presbyterian Health Foundation.