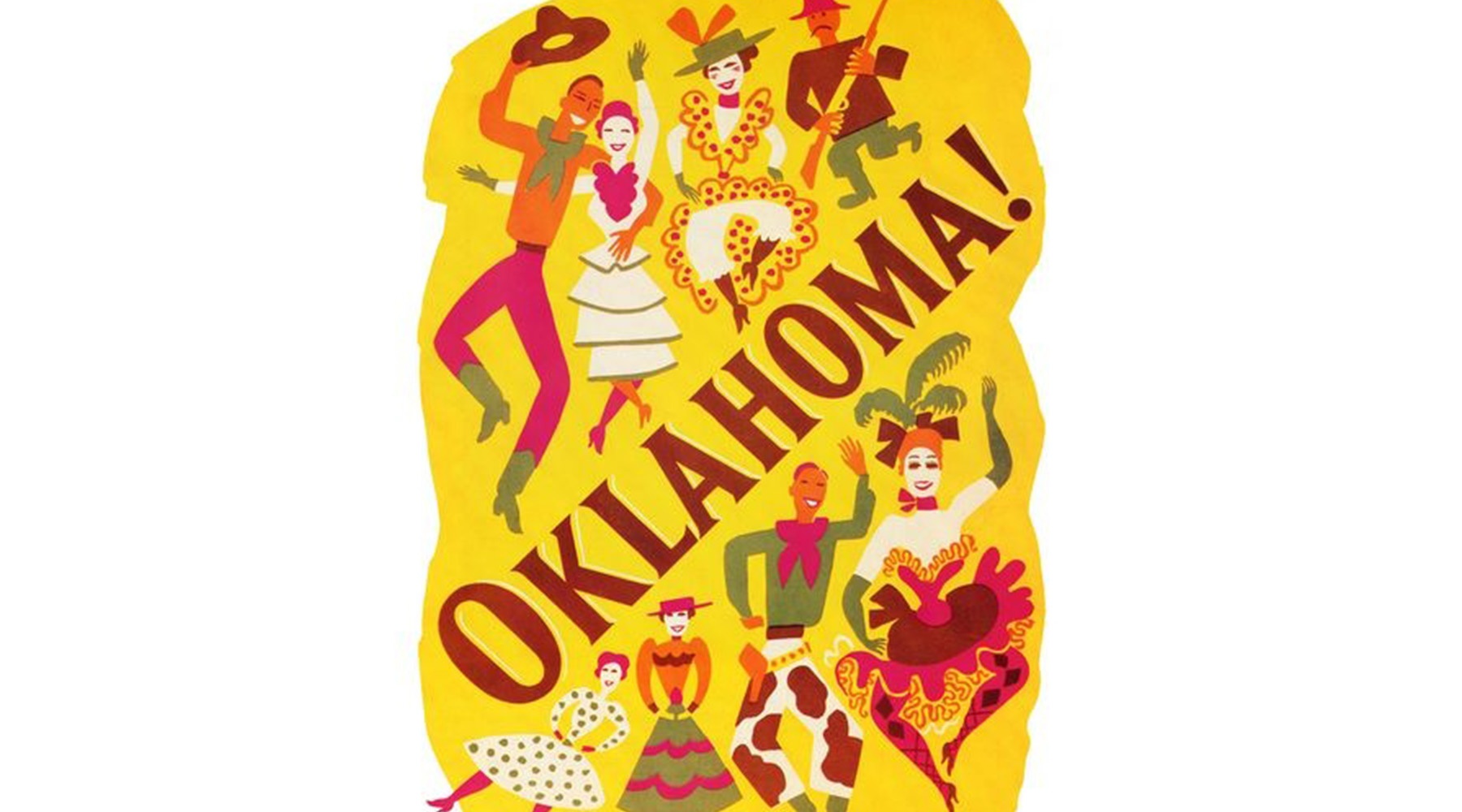 The line at the St. James Theatre formed early on April 1, 1943. As it grew, the New York City police were called in to control the throng. Word had spread fast about the show that had opened the night before to a spotty—but enthusiastic—crowd. Patrons were eager to shell out $4.80 to enjoy Richard Rodgers and Oscar Hammerstein II’s first collaboration.

“Oklahoma!” offered a whole new take on the musical genre. Instead of a string of random production numbers, it told in song the simple story of a young girl and her two suitors, a farmer and a cowboy, in the rough-and-tumble setting of Oklahoma territory.

Critics had expected the Western-themed show to be a flop, and many panned it even before it opened. But that April 1 performance would be the second in what would ultimately become a run of 2,212 nights on Broadway.

In 2018, the show celebrated its 75th anniversary. The milestone met with much fanfare and, as usual, many new productions. Those included a stripped-down, off-Broadway version in Brooklyn and even an Oregon production where the central couple were women and the secondary romance was between two men.

All told, the landmark show is still performed about 700 times a year. And every time the curtain goes up on Curly, Laurey, Ado Annie and Aunt Eller, it helps OMRF.

Through an estate gift, OMRF receives one-quarter of 1 percent of box-office royalties for the musical. The payments will continue as long as “Oklahoma!” remains under copyright.

The gift traces its roots to Claremore native Lynn Riggs, who in 1931 penned “Green Grow the Lilacs,” the play Rodgers and Hammerstein used as the basis for their musical. Hammerstein wrote that he “kept many of the lines of the original play without making any changes in them at all for the simple reason that they could not be improved on.”

When Riggs died, he willed equal shares of his 1 percent royalty on the musical to his four siblings. Riggs’ brother William Edgar lost his wife to heart disease and his daughter to cancer, so upon his death in 1977, he donated his portion to support heart disease and cancer research at OMRF.

“Even though OMRF wasn’t yet born when Lynn Riggs wrote his play,” says OMRF Vice President of Development Penny Voss, “I hope he’d find it fitting that his work benefits Oklahoma’s very own homegrown research institute.”

Grassroots support from Oklahomans in all 77 counties helped make OMRF a reality. “They’re the same kind of people portrayed in the musical: strong, caring, forward-looking,” says Voss. “We still see that spirit in our donors today.”