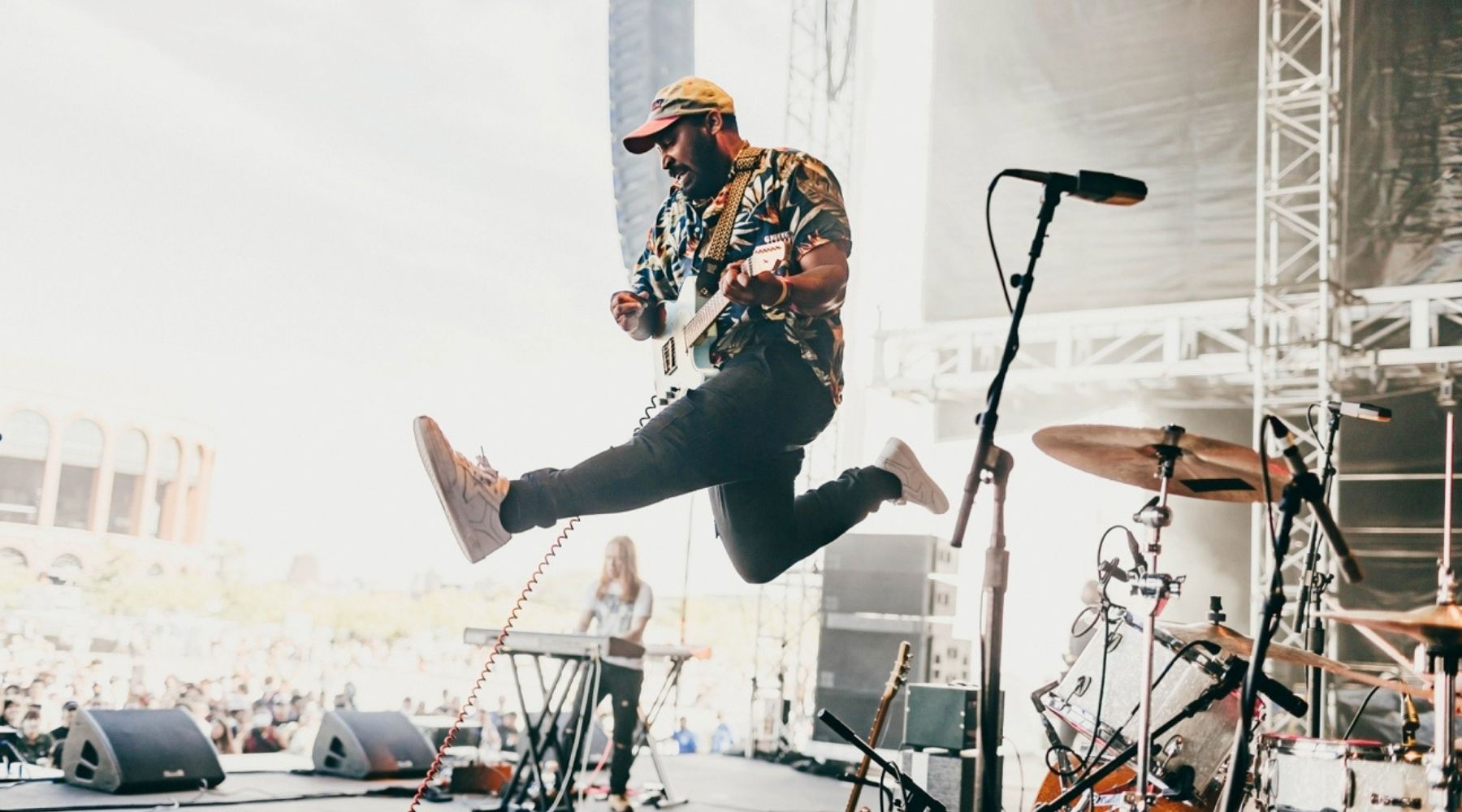 When Bartees Cox Jr. joined OMRF as an intern in the Department of Public Affairs in 2011, his energy and enthusiasm immediately struck Jenny Lee. “He wanted to learn and try everything,” remembers OMRF’s creative director. “He was 100% gung-ho about whatever we asked him to do.”

That can-do attitude stuck after Cox, who moved to the state in elementary school and graduated from Mustang High School, left the University of Oklahoma for Washington, D.C. “Everyone around me seemed to have gone to Harvard or Yale,” he says. “But I didn’t let it intimidate me.” Instead, he landed a series of positions doing communications work on climate change, the labor movement and technology policy, including a stint as a press secretary at the Federal Communications Commission.

A self-taught musician, Cox had played in bands throughout college. In Washington, though, that initially fell by the wayside. “I needed to focus on work, on making my parents proud,” he says. But the desire to make music kept gnawing at him. So, he bought a guitar. In his spare time, he picked at it, wrote songs. He was, he says, “looking for an awakening, some community to be a part of.”

He found it when he moved to New York. There, he discovered “people more like me, artists who also had day jobs.” A Black musician whose work draws on diverse sources – funk, country, hip-hop, jazz and indie rock – Cox “fell in with this group of Black artists who were making the best stuff.” They’d play together after work, at first in one another’s homes and then in local shows.

Cox continued doing PR to pay the bills, but, increasingly, his “hobby” nosed its way into his 9-to-5 existence. He built a studio in his home and began recording and producing, writing new songs and honing his skills as a singer, drum programmer and sound engineer. He’d miss a few days of work here, a week there, as he went on the road to play shows. After first scaling back to a three-day workweek in the pandemic, he made a big jump: He quit his day job.

Under the stage name Bartees Strange, he’d already released an EP of re-imagined covers of songs by The National, a longtime favorite band, which had garnered critical acclaim. The plan, he says, was to follow that group’s blueprint: “I’d make records and get one fan at a time for the next 15 years.”

In October 2020 he dropped “Live Forever,” his first album of original work, and that incremental blueprint fell by the wayside. A genre-defying collection that included songs with Oklahoma-inflected titles like “Boomer” and “Mustang,” Rolling Stone magazine sang its praises and dubbed Strange an “Artist You Need to Know.” He performed on “Late Night with Seth Meyers” and recorded a Tiny Desk Concert for National Public Radio. And when Covid-19 pandemic restrictions eased, he became a sought-after act, playing shows at venues like the Mercury Lounge in New York City and the Pitchfork Music Festival in Chicago.

Strange went on the road, touring with indie rockers Phoebe Bridgers, Lucy Dacus and Courtney Barnett. Walking on stage to open for Bridgers, he says, was eye-opening. “Our biggest show before that was like 80 people. And now we were performing for an audience of 4,600.” Far from being nervous, he says he “felt super prepared. I had been waiting for this my whole life.”

Not surprisingly for someone who played college football (at Kansas’ Emporia State University before transferring to OU), Strange punctuates his live performances with jumps and other athletic displays. “I try to put on a very exciting show. I want to leave it all on the field,” he says.

He says his days at OMRF still represent a special time in his life. At the foundation, he wrote pieces about the first Black students to participate in OMRF’s Sir Alexander Fleming Scholar Program. An interview he did with one former scholar ran in Findings magazine, while a press release he wrote about another got picked up by media outlets across the state. “That was big for me,” he says. “When that story ran in the paper, it was the first moment where I thought, ‘I can do things.’”

Medical research hasn’t found its way into his songs, at least not yet, but Strange says OMRF’s labs aren’t so different from his studio. “Anything that has a process is like science. So, each musician kind of becomes their own scientist.”

For 2022, Strange has lined up an ambitious touring schedule. Among the more than two dozen stops will be a May show at Oklahoma City’s historic Tower Theatre.

And what would the OMRF intern Bartees Cox Jr. think if he could somehow attend that performance by his future self? “He’d be like, ‘Wow! I can’t believe he did that. Keep going!’”

Tune In: Bartees Strange’s music is available on Apple Music, Bandcamp and Spotify >>