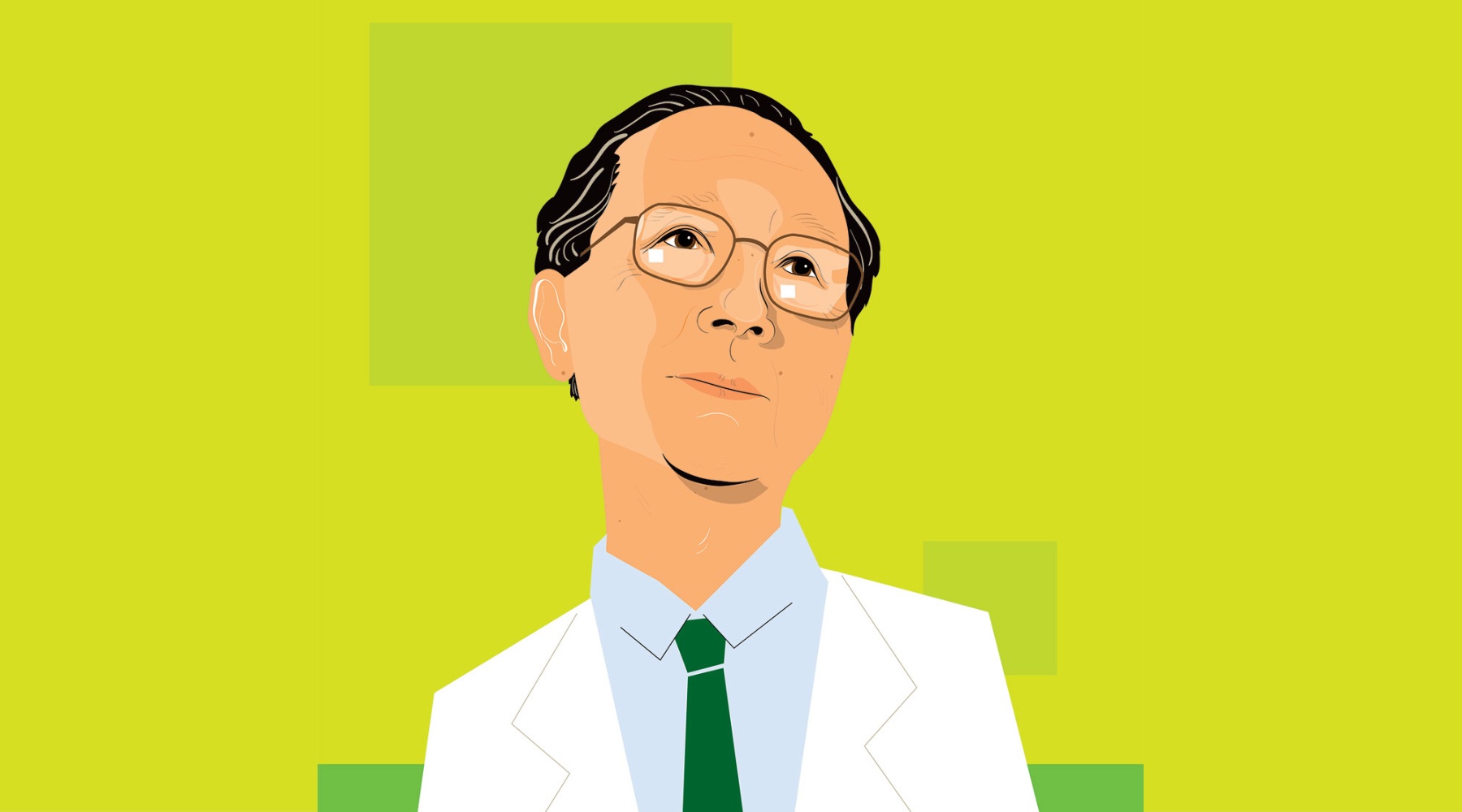 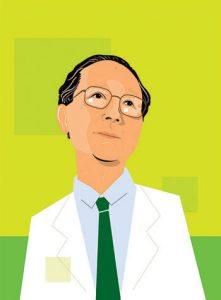 For many scientists, years may pass before they experience a true “Eureka!” moment. But Dr. Jordan J.N. Tang was no ordinary scientist. His discovery of a new stomach acid as an OMRF laboratory technician in 1958 launched a distinguished research career that spanned six decades and impacted diseases from HIV to Alzheimer’s.

When cancer claimed Tang’s life this past fall, remembrances poured in. And they spoke of a scientist who was not only a giant in his field, but also a man of extraordinary warmth and gentleness.

“I had the honor of moving into Jordan’s former lab space in the Research Tower,” says OMRF scientist Dr. Courtney Griffin. “I spent two weeks with my lab manager going through all of Jordan’s remarkable lab equipment, notebooks, reagents and supplies. It was a treasure trove of scientific accomplishment and accumulation. What a kind, personable and thoughtful man. I will miss him very much.”

Tang arrived in Oklahoma from Taiwan with just $300 in his pocket to achieve his dream of studying at an American university. At Oklahoma State (then A&M) University, he did just that, earning a master’s degree in biochemistry and practicing his English with other Chinese students. To make ends meet, he washed dishes in the lab.

In 1957, he drove his beat-up Ford from Stillwater to Oklahoma City to interview for a job as a technician at OMRF, for a salary of $275 per month. When Tang soon identified gastricsin, a previously unknown protein in stomach acid, he became a research star practically overnight.

That work led to his Ph.D. and a position as a faculty member at OMRF. And for the ensuing half-century, he called the foundation his scientific home.

From a lab that overlooked 13th Street in northeast Oklahoma City, he studied a family of cutting proteins known as proteases. Over time, he pinpointed their roles in numerous diseases. Most notably he helped create the protease inhibition drugs that have saved the lives of countless people with AIDS, and he made a series of watershed discoveries about Alzheimer’s disease.

But for Tang, the search for answers was much more than an abstracted scientific quest. “I understand the magnitude of tragedy that’s involved when people find out their loved ones have a terrible disease,” he told Findings in 2011. “I feel powerless to help. But what I can say is that we’re trying to work at the best of our ability and knowledge.”

For many years, Tang led OMRF’s Protein Studies Research Program and held the J.G. Puterbaugh Chair in Medical Research. He published over 200 articles in the world’s leading scientific journals and was an invited speaker at scores of national and international symposia and conferences. His work was recognized and honored by, among others, the National Institutes of Health, the Guggenheim Foundation, the Chinese Academy of Sciences and the United Nations. He was the only Oklahoman ever to receive the Alzheimer’s Association’s highest research prize, the $1 million Pioneer Award.

The first OMRF scientist inducted in the Oklahoma Hall of Fame, Tang loved his adopted home and proudly called himself an “Okie.” He delighted in translating complicated scientific concepts into cartoons so non-scientists could understand his research. (A Pac-Man-like drawing explaining his Alzheimer’s work was a favorite.) On occasion, he’d gather his lab staff and others to lead them in rousing choruses of “The Protein Song,” a ditty he’d penned on a whim.

Upon his retirement from the laboratory in 2013, the OMRF Board of Directors named him an OMRF Distinguished Career Scientist.

“Jordan was a treasure, not only to OMRF but to all of Oklahoma,” says OMRF President Dr. Stephen Prescott. “Anyone lucky enough to spend time with him knew he was that rarest of all creatures, a brilliant but humble person.”

Tang is survived by his wife, Kuen, whom he married at OMRF in 1958; his sons, Albert and Joseph; and his grandson, Aaron. Like his family, we will miss him dearly.