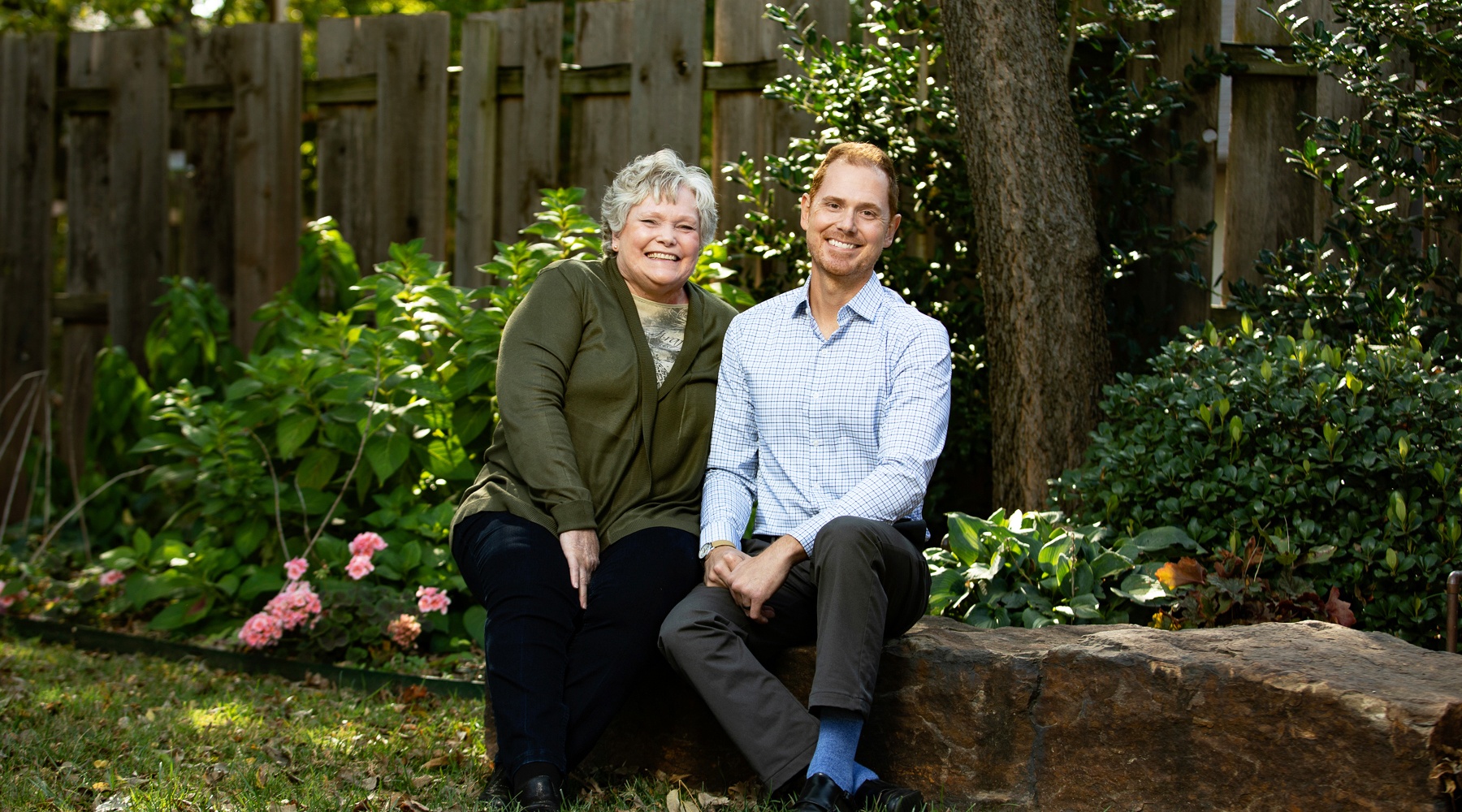 Home - Findings - A Mistake That Paid Off

All he did was check the wrong box. But that error would end up changing Matlock Jeffries’ life – for the better.

Raised on his family’s ranch in Fairland, a northeastern Oklahoma town that boasted 28 students in his high school graduating class, the Oklahoma Regents Scholar was the first person in his family to go to college. He earned a degree in biochemistry from the University of Oklahoma, but a mistake on his medical school application delayed his acceptance by a year.

With time on his hands, Jeffries applied for a position as a research technician in OMRF’s Arthritis and Clinical Immunology Research Program. It was the first time he’d set foot in a working research laboratory, and it opened a new world for him.

“Before that, I’d always planned to be a plastic surgeon,” says Jeffries. “In small towns like the one where I grew up, the only people in science were family doctors or surgeons.”

At OMRF, his laboratory projects focused on lupus and other rheumatological diseases, conditions that affect the joints, muscles and ligaments. So when he later enrolled in medical school, he opted to specialize in rheumatology. He charted a career path as a physician-scientist, both treating patients living with rheumatological disorders and researching those diseases in the lab.

Specifically, Jeffries focuses on the most common form of arthritis, osteoarthritis. OA stems from the loss of cartilage between bones and joints. It affects more than half of Americans over age 65. It’s one of the leading causes of disability and the primary reason for joint replacements in the U.S.

One person who knows that all too well is Jeffries’ mother, Reta.

Despite an active life working on the family ranch and as a nurse and case manager at OMRF (she retired in 2019), she’s had a pair of knee replacements and will need a hip replacement soon.

“It’s aggravating that I can’t do things I used to do, and it keeps getting worse,” she says. “But I trust Matlock,” who helps manage her care, “and I know he’ll do everything he can to help me.”

Part of that help, he hopes, will include new methods of catching OA before it debilitates its victims. Using epigenetics, the chemical changes in the genome that affect how DNA is expressed, and the microbiome, tiny organisms living in our digestive tracts, Jeffries is searching for ways to catch osteoarthritis earlier and develop new ways to treat it.

“For years, we assumed OA resulted from overloading or wear and tear on the joint,” he says. “Now we know OA has genetic and microbiome components, and we’re finally developing some disease-modifying drugs for it.”

After starting his career at the University of Oklahoma Health Sciences Center, Jeffries joined OMRF’s scientific staff in August. It’s been a seamless transition, as he’s had a lab at the foundation for years, and he recently secured a pair of new grants from the National Institutes of Health. Although laboratory investigation occupies the lion’s share of his time, he’s also treating osteoarthritis patients in OMRF’s Rheumatology Center of Excellence two days a week. That clinical experience gives him unique insights into a disease whose mysteries he hopes to crack in the lab.

“I’m not doing what I expected I’d be doing at all,” he says. “I assumed I’d be a doctor seeing patients all day. I never imagined doing research that could help my own family.”

For both mother and son, those breakthroughs can’t come soon enough.