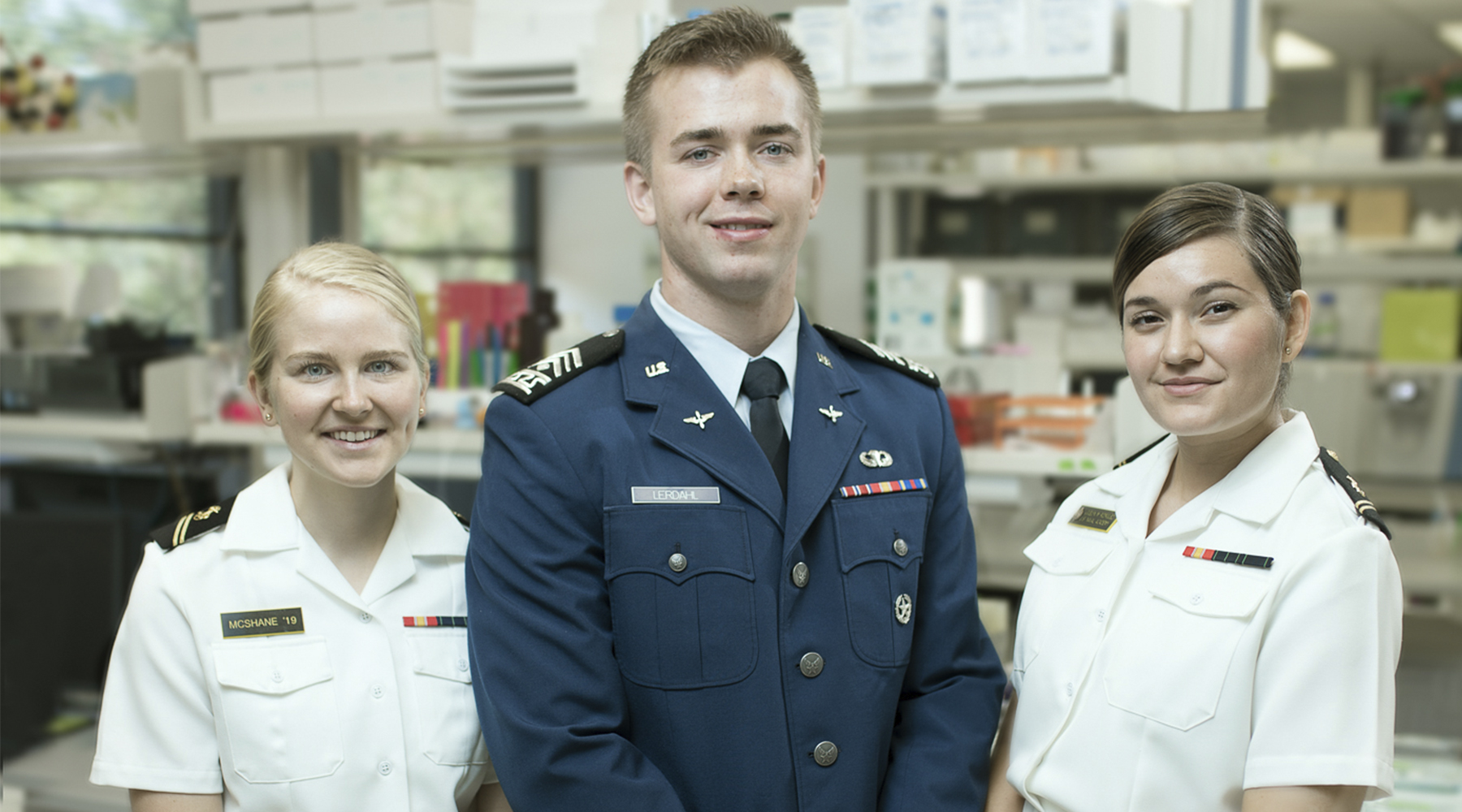 John H. Saxon, Jr., built a successful textbook publishing company around a teaching philosophy that emphasized incremental learning through the completion of problem sets. Given Saxon’s life experiences, it’s not surprising he took a drill-oriented approach to scholarship: a West Point graduate, he taught for five years at the U.S. Air Force Academy. He also served as an Air Force pilot, flying 55 missions during the Korean War.

Following Saxon’s death, his son, Dr. John Saxon, III, wanted to do something to honor his father’s military service. But he also wanted to do something to benefit OMRF, where the Muskogee physician has been a board member since 2000. So, he decided to combine the two goals. “Some people may not think of basic science and the military as linked,” says Saxon. “But I thought that I could use OMRF’s work as an opportunity to stimulate some basic bench science interest with cadets at service academies.”

With a gift of $250,000, Saxon established the John H. Saxon Service Academy Summer Research Program at OMRF. Through this initiative, students from the U.S. military academies come to the foundation each summer to work side-by-side with senior scientists. The program aims to expand the students’ knowledge base and strengthen the scientific abilities of service academy members who go on to serve as medical officers or in other technical capacities.

Since its establishment in 2009, it has trained more than two dozen students from the U.S. Naval, Air Force and Military Academies. According to Dr. Chris Kinter, a chemistry professor at the U.S. Naval Academy who helps select the Navy students each year (and is also the brother of OMRF scientist Mike Kinter), the Saxon program offers students interested in medicine, chemistry or biochemistry a unique hands-on look at independent laboratory research. “It’s invaluable for them to get that experience in a research setting,” says Kinter. “Most come back to us saying it really opened their eyes to the scientific process, and some look for other lab experiences as a result.”

Projects have covered a wide range of topics. For example, this summer one Saxon student examined the role that a particular protein plays in the hearts of those suffering from diabetes. Meanwhile, Matthew Lerdahl, a cadet at the U.S. Air Force Academy, spent his time at OMRF studying chromosomal segregation, a process that’s crucial to preventing birth defects. “The experience was more intense than I thought it would be, and that’s a good thing,” says Lerdahl. “The mentors give you the freedom to make mistakes and learn on your own. It’s made me a better scientist and researcher.”

This summer, OMRF cardiovascular biologist Dr. Courtney Griffin mentored Jocelyn Rodriguez, a midshipman at the U.S. Naval Academy. Rodriguez was the fifth Saxon student Griffin has had in her lab. She investigated how blood vessels develop in embryos. And like the first four who’d come before her, Rodriguez did a bang-up job on her research project, says Griffin.

“The Saxon students are always ready to soak in everything we throw at them,” says Griffin. “I have so much respect for them. They’re academically impressive and simply fearless. Every year, it reminds me that we’re in good hands if they represent the future leadership of our country.”