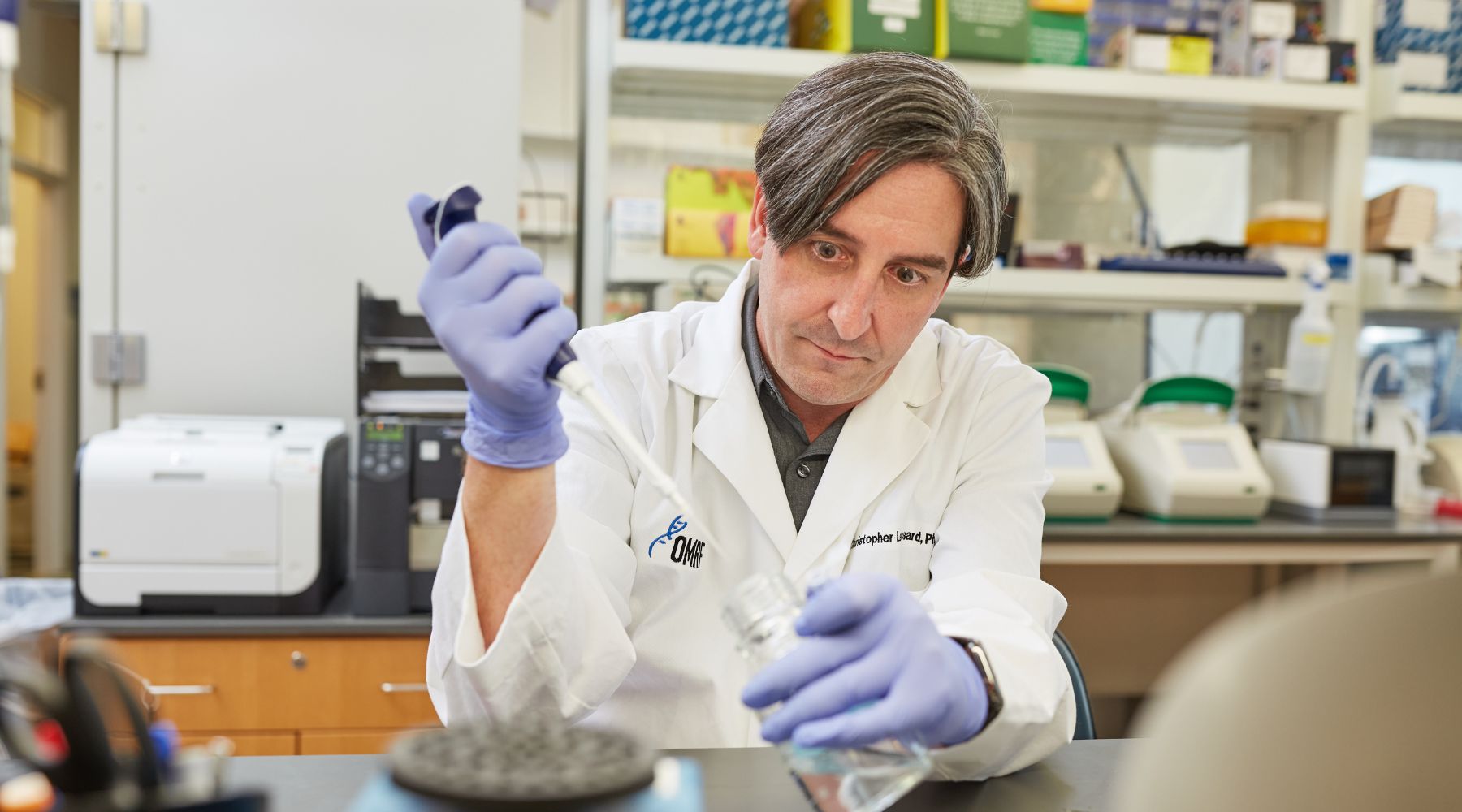 An international study led by an Oklahoma Medical Research Foundation scientist has nearly doubled the known genetic risk regions for Sjögren’s disease. The new research was published Wednesday in the journal Nature Communications.

In Sjögren’s, the immune system attacks moisture-producing glands, causing irreversible tissue damage. The most common symptoms are painful dry eyes and mouth, but Sjögren’s can also cause wide-ranging complications, including debilitating fatigue, hypothyroidism and an increased risk of malignant lymphomas. Sjögren’s disproportionately affects women and, according to the Sjögren’s Foundation, is estimated to affect as many as 4 million people in the U.S.

“Diagnosing Sjögren’s is notoriously difficult, and current treatments only address its symptoms,” said Christopher Lessard, Ph.D., who led the study and has been researching the disease at OMRF for more than 15 years.

With help from the OMRF-led international Sjögren’s Genetics Network of scientists from 36 research institutions across 10 countries, OMRF researchers gathered and analyzed the genetic data of 3,232 people with Sjögren’s, making it the largest study of its kind.

Through that analysis, the OMRF scientists discovered 10 new genetic risk regions for the disease, bringing known regions to 22. These regions are areas of DNA people inherit from their parents as a set of variants statistically associated with increased risk of a particular disease.

The scientists also saw, for the first time, how risk genes might impact the salivary gland, one of the target organs of the disease, and how they can interact with environmental factors, such as infection with the Epstein-Barr virus.

“The study provides a glimpse into how genes associated with Sjögren’s may operate in salivary glands and other organs,” said Darise Farris, Ph.D., who leads the foundation’s Oklahoma Sjögren’s Research Clinic and holds OMRF’s Alvin Chang Chair in Biomedical Research. “The challenge now will be to confirm through additional research which genetic interactions are contributing to this dysfunction.”

Lessard said the research provides an important step forward for a condition that impacts millions worldwide.

“Even though Sjögren’s is more common than most other autoimmune diseases, our understanding of how genetics contribute to the disease has lagged far behind,” said Lessard. “We hope our improved understanding will result in earlier diagnosis and therapeutics that treat the disease itself, rather than simply treating the symptoms.”

The Oklahoma Sjögren’s Research Clinic is now recruiting study volunteers with known or suspected Sjögren’s disease, as well as healthy individuals, to participate in a free, one-time clinical evaluation for Sjögren’s. The research clinic does not provide ongoing patient care but does perform all tests needed for a participant’s physician to make a diagnosis. For more information, contact OMRF’s Sjögren’s Research Unit at 405-868-9412, sjogrens@omrf.org or visit www.omrf.org/sjogrens.