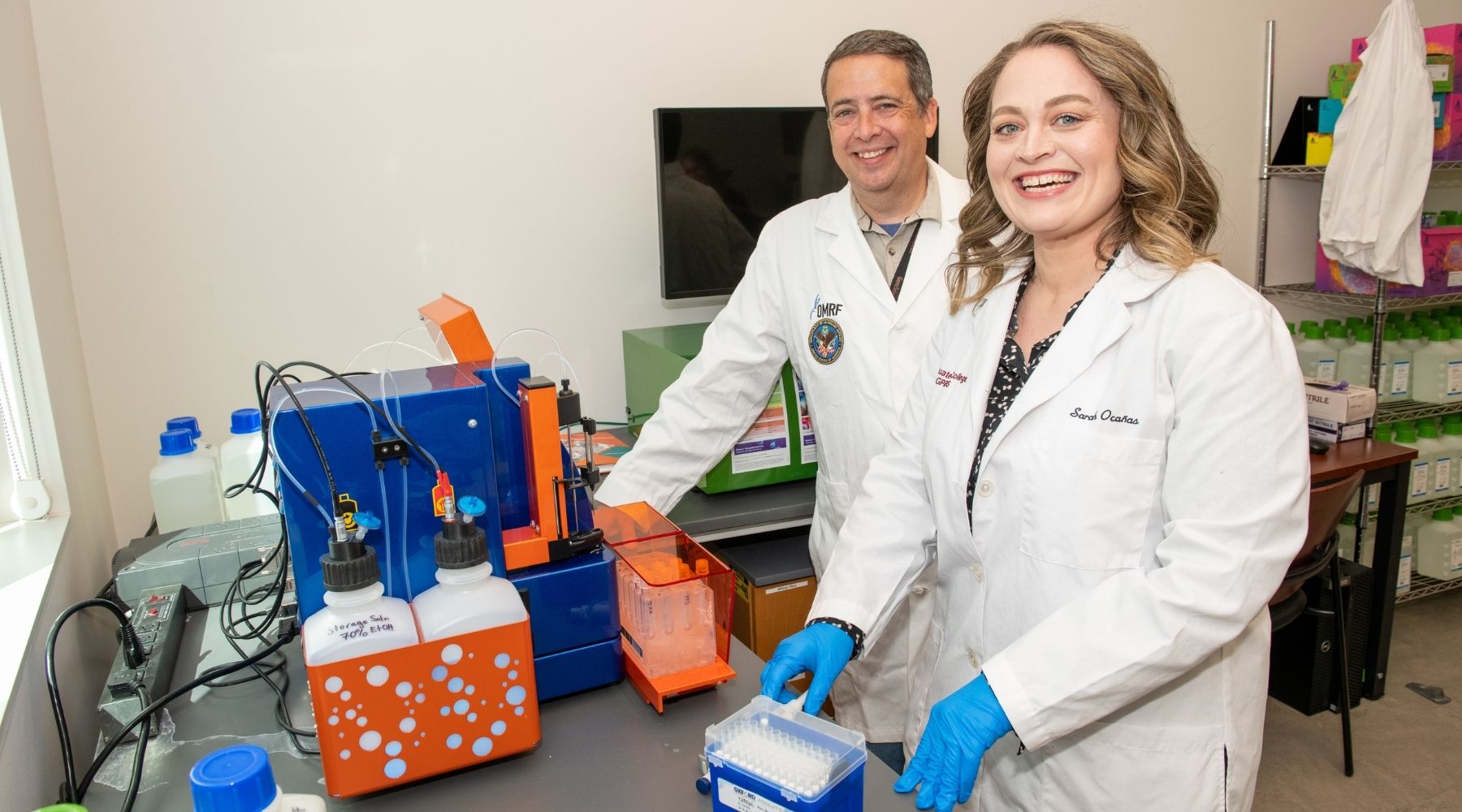 Scientists at the Oklahoma Medical Research Foundation have identified a new technical process that will benefit studies on neurological disorders ranging from Alzheimer’s to autism.

OMRF scientist Sarah Ocañas, a graduate student in the lab of Bill Freeman, Ph.D., compares microglia to the brain’s trash haulers. They protect neurons from damage by clearing cellular debris, she said.

Freeman, a member of OMRF’s Genes and Human Disease Research Program, offers a different analogy: “Neurons are the divas of the brain, the ones who get all the attention. Microglia are the executive assistants, the ones who make everything run smoothly for the divas.”

Some recent studies, however, suggest that malfunctioning microglia play a role in Alzheimer’s and other forms of cognitive decline.

“The idea is that in addition to clearing the plaques that contribute to Alzheimer’s, the microglia are mistaking healthy neurons for trash and removing them,” Ocañas said.

Because the brain has many kinds of cells, neuroscientists attempt to isolate individual cell types for molecular analysis. Microglia are much tougher to isolate than others, Ocañas said.

“As immune cells, they respond to changes in their environment,” she said. “So when we remove microglia from the brain, they activate and release proteins called cytokines and chemokines.”

This, Ocañas explained, makes it difficult to determine which changes are occurring in the cells because of Alzheimer’s and which are caused by the cells responding to being moved.

The OMRF scientists’ technical innovation involved preventing the release of proteins. In other words, Freeman said, “isolating the microglia without the microglia realizing they’re being isolated.”

Ocañas said the new process is valuable far beyond Alzheimer’s research. “Microglia has been implicated in a number of brain diseases and disorders, so there’s a growing interest in it among neuroscientists,” she said.

Other OMRF scientists involved in the study were Harris Blankenship, Ana Chucair-Elliott, Ph.D., Adeline Machalinski and Kevin Pham. The findings were published in eNeuro, a journal of the Society for Neuroscience.