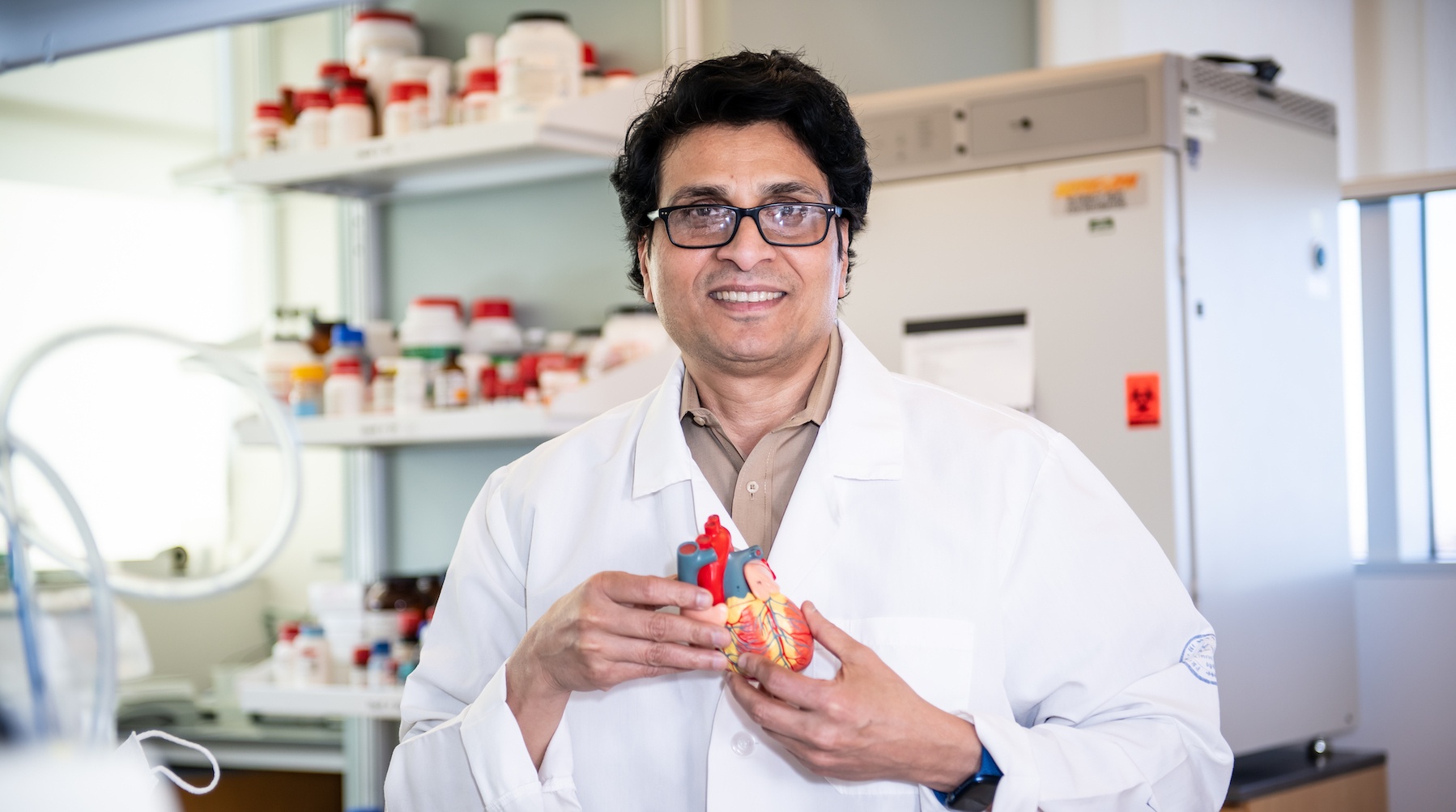 An existing medication for drug overdose may have a second life-saving benefit: as a treatment for the most common heart valve disease, a study led by an Oklahoma Medical Research Foundation scientist has found.

If confirmed in a clinical trial, the findings from OMRF’s Jasim Ahamed, Ph.D., could have worldwide ramifications for aortic stenosis. The condition is caused primarily by age and exacerbated by a high-fat diet. It affects more than 20% of older Americans, according to the American Heart Association.

“The aortic valve opens each time the heart beats, and all of your blood goes through it,” said Ahamed, who joined OMRF in 2015 from The Rockefeller University in New York. “As we age, scar tissue accumulates, and the aortic valve can calcify, narrow and become stiff, preventing it from fully opening. This is aortic stenosis. It increases the pressure on the heart, and over time it causes heart failure.”

Currently, there is no treatment for aortic stenosis other than a risky valve replacement surgery.

At OMRF, Ahamed’s lab studies how fibrosis, the formation of scar tissue, can damage the heart. In earlier research, his lab discovered that a protein called TGF-beta1 contributes to scar tissue formation in the aortic valve and the heart, which can lead to heart failure. In the new study, Ahamed’s team found that targeting this protein in platelets with a drug slowed the progression of aortic stenosis in research models.

OMRF has obtained a U.S. patent on the drug as a treatment for aortic stenosis. Ahamed said the next step is to conduct a clinical trial. If successful, it could be used to prevent heart failure caused by aortic stenosis. In his lab at OMRF, Ahamed’s team will also continue their study of whether the drug can reverse aortic stenosis.

Although the preclinical results are promising, Ahamed said, a clinical trial is needed to assess potential side effects of long-term use and appropriate dosage. The U.S. Food and Drug Administration first approved the drug as a mucous thinner. Today it is the standard of care for acetaminophen overdose.

“Because the medication has FDA approval for other uses, a lot of safety data is already available,” said Andrew Westmuckett, Ph.D., director of OMRF’s Office of Technology Ventures. “We’re now seeking a company to partner with us to take on a clinical trial.”

The study is available as a pre-print and will appear in the journal Antioxidants & Redox Signaling. Funding for the research was provided by National Heart, Lung, and Blood Institute grant Nos. R01 HL148123 and HL123605, the Oklahoma Center for Stem Cell Research and the Presbyterian Health Foundation.