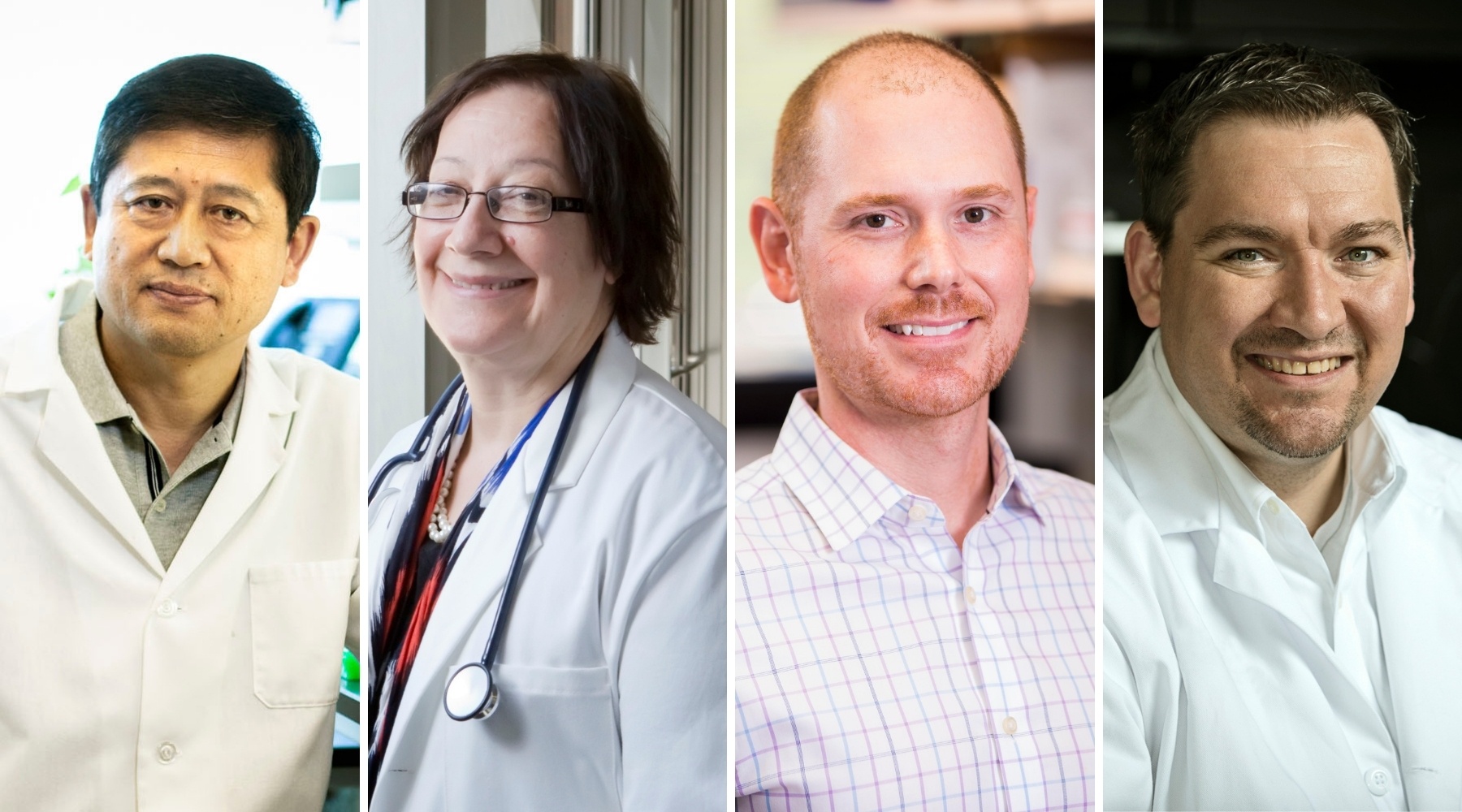 At its spring board meeting Tuesday, the Oklahoma Medical Research Foundation awarded scientific prizes to four scientists and honored a board member for more than four decades of service.

His research has led to a new understanding of microorganisms that live within our digestive system, identified a previously unknown genetic disease, and made novel findings that could help patients with fatty liver disease. Earlier this year, he secured a $13.1 million grant from the National Institutes of Health to mentor a group of junior scientists.

The Merrick Award for Outstanding Medical Research was presented to Joan Merrill, M.D. Merrill has dedicated her career to studying the autoimmune disease lupus. She joined OMRF in 2001 to establish a clinical trial laboratory to better understand the condition and work on ways to test drugs for it successfully. Internationally known for her expertise in designing clinical trials to test investigational therapies for lupus, she also serves as the Lupus Foundation of America’s Chief Advisor for Clinical Development.

Matlock Jeffries, M.D., received the Fred Jones Award for Scientific Achievement. Jeffries joined OMRF’s scientific staff in 2020. A physician-scientist, Jeffries’ research focuses on osteoarthritis, and he also sees patients in OMRF’s Rheumatology Center of Excellence. Jeffries was the first Oklahoman to receive the Distinguished Fellow Award from the American College of Rheumatology.

The J. Donald & Patricia H. Capra Award for Scientific Achievement was given to Mike Beckstead, Ph.D. Beckstead holds the Hille Family Foundation Chair in Neurodegenerative Disease Research and studies the naturally occurring brain chemical dopamine and how it affects different disorders. His work has largely focused on Parkinson’s disease and drug addiction, although more recently, he also received NIH funding to investigate the role the chemical might play in Alzheimer’s disease.

Also at the meeting, OMRF honored Oklahoma City attorney Dee Replogle for 45 years of service on the foundation’s board of directors. A partner at McAfee & Taft, Replogle noted that OMRF’s combination of “fascinating science and first-rate people” have made the decision to volunteer his time since 1976 an easy one.

“Medical research has a direct impact on everyone’s quality of life,” said Replogle. “OMRF is unique in the state and increasingly, the region. I’ve been fortunate to see many years of scientific advances here. It’s cutting-edge work and really fun to learn about.”