Home - On Your Health - An Alzheimer’s breakthrough at long last?

You’ll be forgiven if you missed the news about Alzheimer’s this past week. Because, let’s face it, who wasn’t a bit distracted by the Election Day that turned into an Election Week? (And let’s hope it’s only a week.)

To catch you up, on Wednesday, clinical reviewers at the Food and Drug Administration gave a vote of confidence to an experimental Alzheimer’s drug. If approved, the medication would be the first new treatment for the deadly, memory-robbing disease in almost two decades.

At this moment there are no effective therapies for the most common form of dementia, which affects almost 6 million Americans and places a staggering burden on families and caregivers. But it’s not for lack of trying.

Since 2003, when the Alzheimer’s drug memantine received FDA approval, researchers and drug companies have searched for new therapies. And they’ve spent countless billions of dollars doing so. But just as memantine has shown itself to be little more than a ripple in the ocean of dementia – delaying the worsening of cognitive symptoms for six months in 10% of patients – the quest for better Alzheimer’s drugs has also proven a blind alley.

That search has centered around what’s known as the amyloid hypothesis. For many years, scientists have known that the brains of people with Alzheimer’s disease are thick with deposits of a cellular compound known as amyloid beta, or plaques. So, the thinking goes, that accumulation of plaques must cause Alzheimer’s.

As a result, any number of different investigational drugs have targeted those plaques. But they’ve universally come up short. 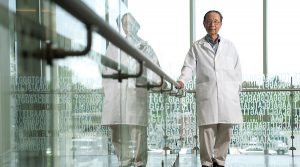 At the Oklahoma Medical Research Foundation, the late Dr. Jordan Tang created an inhibitor to block the creation of those plaques. That OMRF discovery was eventually acquired by the drugmaker Astellas, which poured almost $1 billion into the project. However, the company ultimately ended up shutting down clinical trials over concerns about potential side effects, particularly vision loss.

When other experimental drugs took tacks similar to Dr. Tang’s, they likewise were hampered by frightening side effects (such as skin cancer) or ineffectiveness. Still, researchers and biotech companies refused to abandon the amyloid hypothesis.

Instead, they pivoted to other methods of trying to clear the plaques. And it’s an experimental medication employing one of these approaches that has, at long last, ignited a beacon of hope.

The drug, made by Biogen and called aducanumab, is what’s known as a monoclonal antibody (hence the “mab” at the end of its name). A type of protein that can bind to substances made in the body, this particular antibody works to clear plaques from the brain. 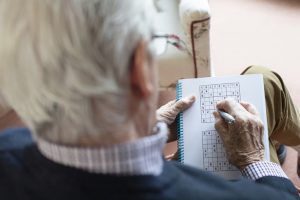 The drug is designed to treat patients in the earlier stages of Alzheimer’s. Reviewing the results of a pair of phase III clinical trials, the final stage before the drug goes before regulators for approval, the FDA reviewers said that “exceptionally persuasive” data showed aducanumab slowed cognitive decline caused by the disease. They also concluded the drug was safe.

Still, the drug’s road to market is far from certain. Biogen actually halted both clinical trials in early 2019 after a “futility analysis” by an independent committee found the drug ineffective. It was only after a subsequent deeper dive into data gathered from the trials that the company saw a path forward.

Specifically, the company’s analysis suggested the drug worked in the people in the trial who received the highest dosage, as they showed slower cognitive decline. Biogen estimates that roughly 1.5 million Americans in the throes of early-stage Alzheimer’s may be candidates for aducanumab.

Some experts, though, are skeptical. They’ve said that Biogen’s repackaging of the data is cosmetic and that the drug has little, if any, true benefit. Even one of the three FDA clinical reviewers was hesitant, suggesting that a third trial was necessary to get to the heart of the matter.

On Friday, another FDA committee – this one consisting of outside experts – listened to presentations by the agency, Biogen and members of the public, including patients and family members affected by Alzheimer’s. That committee will also make a recommendation, and the FDA has indicated it will decide whether to approve the drug by March. 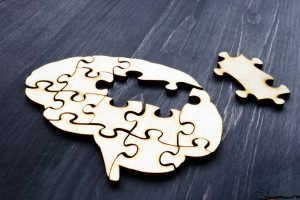 If aducanumab gets the green light, it will almost certainly become a blockbuster, with billions in sales. But will it actually make a meaningful difference for patients?

Let’s hope so. Because in a clinical landscape so bereft of options, even a little would go a long way.