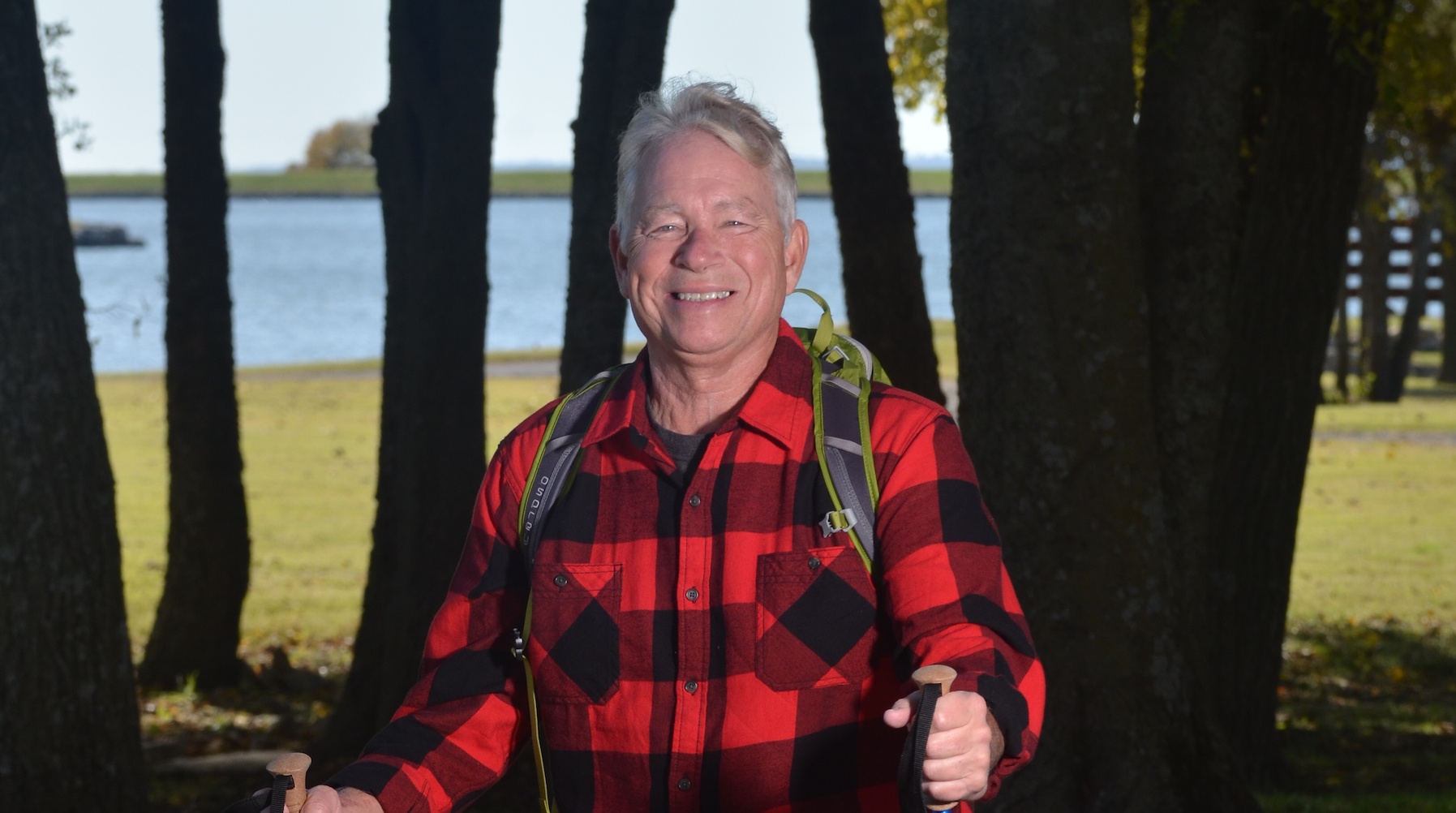 This past spring, a group of friends gathered in Owasso. It was a small get-together. But the milestone it commemorated was not.

The event marked 50 years of surviving cancer for Greg Kindell.

“When I was diagnosed with leukemia as a teen, I never imagined this day would come,” said Kindell, now 67. “Honestly, I didn’t know if I’d even live to see my 20s.”

In 1968, doctors told Kindell, then a junior at Pryor High School, that he had acute myeloid leukemia. The most common childhood cancer, AML floods the body with abnormal white blood cells, leaving it prone to infection and illness.

Kindell recalls the physician telling his mother that the cancer was terminal—and that he had no more than six weeks to live.

Still, the doctor offered a ray of hope. In Oklahoma City, the Oklahoma Medical Research Foundation was initiating a clinical trial for AML patients; all would receive an experimental treatment.

The treatment, an aggressive form of chemotherapy, was unproven. But it was Kindell’s only option, so mother and son made the 150-mile drive to OMRF’s research hospital.

The morning after beginning treatment, Kindell woke to a wave of nausea. The next intravenous treatment left him vomiting uncontrollably.

“OMRF’s hospital did a good job with what we knew at the time,” said Dr. Richard Bottomley, who treated Kindell at OMRF. “But patients often were very sick before they arrived, so they started at a disadvantage.”

Kindell’s hair fell out. His skin grew too painful to touch, so nurses devised slings out of sheets to turn him in his bed. Night sweats left his sheets and pajamas wringing wet.

Kindell’s weight plummeted from 142 to 95 pounds. He slipped in and out of consciousness. “At one point, I overheard doctors saying I might not make it through the night,” he recalled.

Still, the treatments continued. And, three months after he was admitted, doctors declared Kindell in remission.

Of the 31 AML patients who’d enrolled in the OMRF study, only Kindell would survive.

He’d go on to earn a degree in forestry and conservation from Oklahoma State University and have two children. He enjoyed a long career as a conservationist for the U.S. Department of Agriculture. After a brief retirement in Owasso, where he now lives, he’s back at it, splitting time between jobs for the State of Oklahoma and the U.S.D.A.

As for OMRF, it closed the research hospital 1976. Still, the foundation continues caring for patients in its Multiple Sclerosis Center of Excellence and Rheumatology Research Clinic.

Today, the five-year survival rate for AML is now 27.4 percent, according the American Cancer Society. While still low compared to many other cancers, it’s roughly ten-fold higher than it was when Kindell was diagnosed.

Still, no one knows why Kindell lived when others in the trial didn’t. But youth likely played a part, said OMRF President Dr. Stephen Prescott, a physician and cancer researcher.

“For young patients with a certain type of leukemia, the hypothesis is that the disease comes from a birth defect, a specific cancer stem cell or cells. Destroy the cancer factory, and the disease stops,” Prescott said. “Then, you can live your life.”