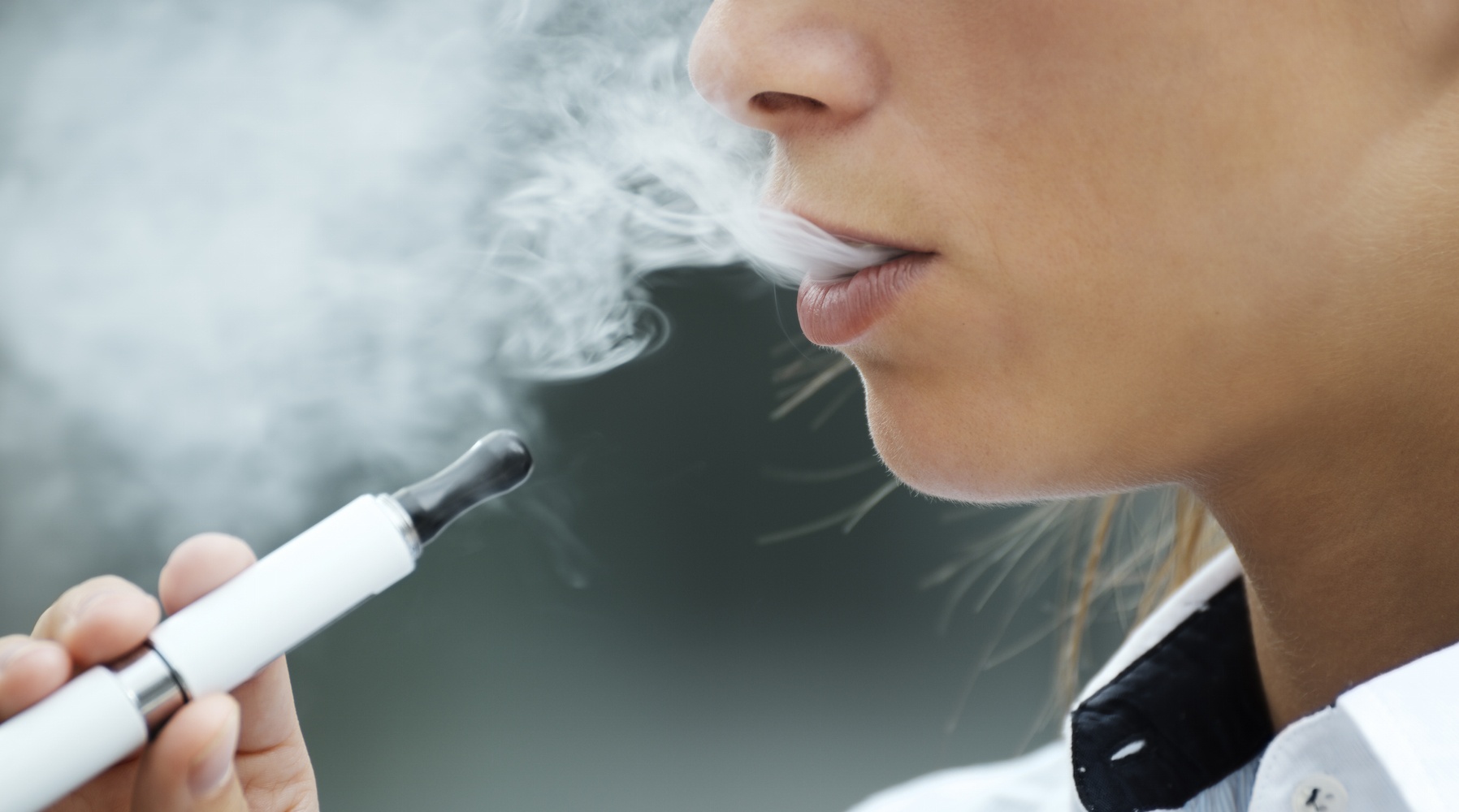 For years, vaping has been touted as a safer alternative to cigarettes, but “safer” doesn’t mean “safe.”

Yes, vapor from electronic cigarettes doesn’t have the tar, carbon dioxide or other tobacco products in it, said OMRF immunologist Eliza Chakravarty, M.D. But data and studies increasingly point to the dangers of e-cigs.

People who vape might be exposing themselves to several of the same cancer-causing chemicals present in traditional cigarette smoking, according to a new research study from the University of California, San Francisco. The researchers analyzed urine samples from teens who used e-cigarettes and found a host of dangerous and potentially cancer-causing compounds.

“The chemicals they found sound like an organic chemist’s nightmare,” said Chakravarty.

Because of the lack of regulations for e-cigs, the chemicals aren’t listed on the ingredients; they simply fall under the umbrella of “flavoring.” But that generic term masks the presence of carcinogens such as acrylonitrile and propylene oxide and acrolein, which is toxic and a strong irritant for the skin, eyes and nasal passages.

“The takeaway message is: this is not water vapor, it is chemical vapor,” she said. “It is absolutely not a safe habit to pick up out of the blue.”

Although the devices can help long-time smokers of traditional cigarettes lower nicotine levels and kick the habit, “the big concern is that it is incredibly alluring to teens, and even middle schoolers,” said Chakravarty.

The National Institute on Drug Abuse reports that teens are now more likely to vape than to smoke cigarettes. According to the Institute, 9.5 percent of eighth graders, 14 percent of 10th graders and 16 percent of high school seniors have used e-cigarettes within the past month.

“What makes it so enticing for teens and tweens is not only that the ‘cool factor’ of smoking is very high, but it’s also technology, which is exciting and compelling,” Chakravarty said. “E-cigarettes are also very easy to acquire.”

Another big driver is the mistaken belief that vaping is harmless. “Teens feel invincible,” Chakravarty said. “But with all the chemicals being inhaled, we just don’t know what the long-term health effects will be.”

For the OMRF researcher, vaping conjures memories of another supposedly healthy innovation in smoking.

“It reminds me of when they added filters to cigarettes, and people started smoking more because it was perceived as safer,” said Chakravarty. “We know how that turned out.”