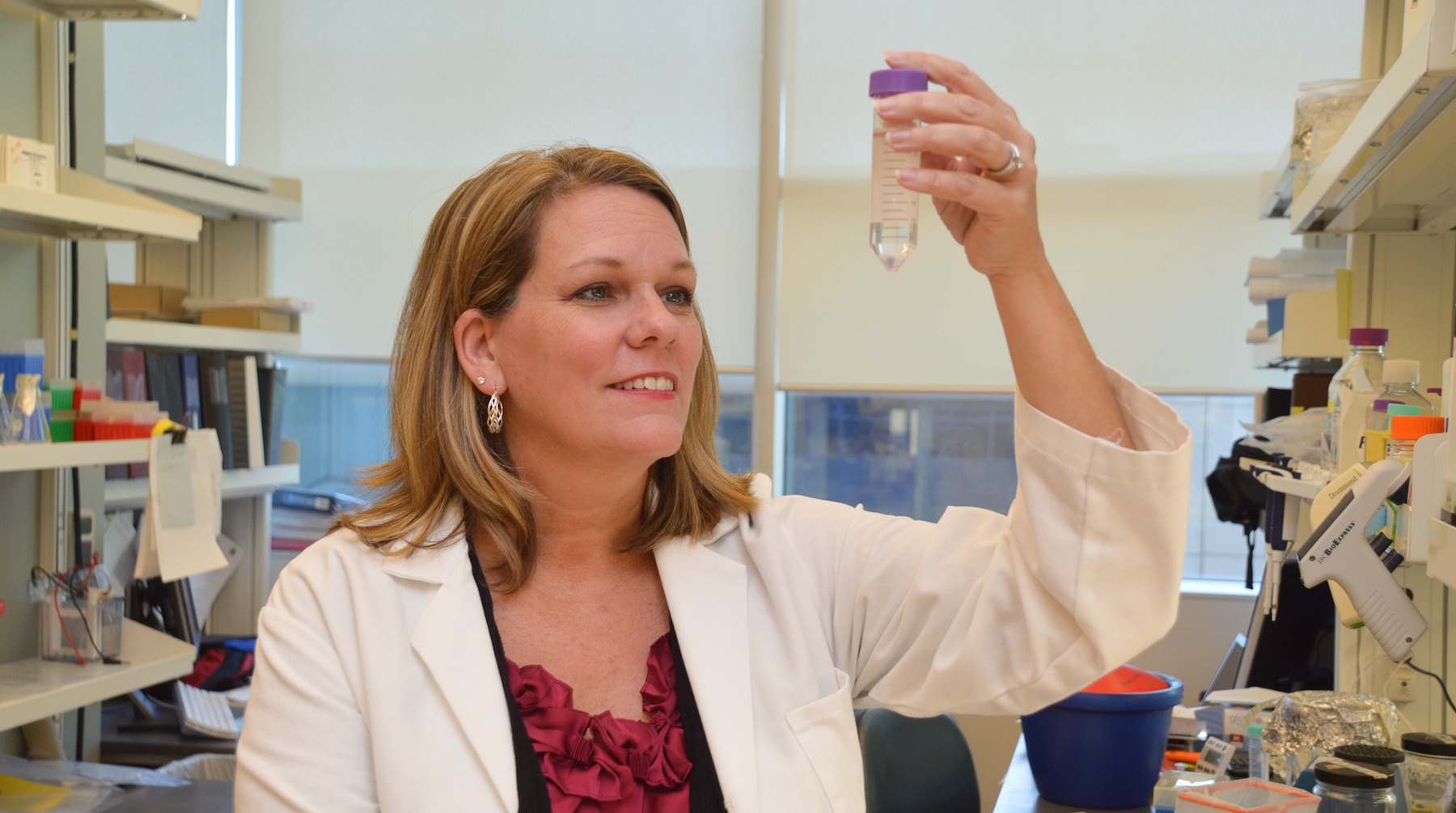 Led by researchers at OMRF, an international coalition of scientists and physicians has discovered a new genetic risk factor that may predispose certain individuals to a debilitating condition known as Sjögren’s syndrome.

Sjögren’s is an “autoimmune” disease, a family of illnesses in which the body destroys its own cells. In Sjögren’s, immune cells attack moisture-producing glands, leading to painful dryness and decreased ability to produce tears or saliva. The disease may affect as many as 4 million Americans, according to the Sjögren’s Syndrome Foundation.

Common symptoms include severe dry eyes and dry mouth, as well as fatigue, arthritis and memory problems. While its causes are not fully understood, environmental triggers, such as viral infections, are believed to contribute to the development of Sjögren’s in individuals who carry certain genetic risk factors for the disease.

In this new study, OMRF scientist Kathy Sivils, Ph.D. and her colleagues identified a strong association between a variant in a gene called OAS1 and susceptibility to Sjögren’s. This variant may provide valuable insight into the genetic basis of Sjögren’s, as well as other autoimmune conditions with similar triggers.

“This gene was of particular interest to us, because it plays a major role in how individuals respond to viral infections. Previous studies had shown that if a person carries this variant, they may be more susceptible to certain viruses like West Nile and hepatitis C,” said Sivils.

“There was very little evidence for a connection to autoimmune disease prior to our study. Firmly establishing this new association with Sjögren’s then led us to look at the gene’s function in more detail,” said OMRF scientist and co-leader of the project, Christopher Lessard, Ph.D.

Scientists found that individuals with this genetic variant produce alternative forms of OAS1 that appear to lose normal function, said Sivils, and that can result in an increased susceptibility to viruses, as well as diseases like Sjögren’s. The discovery could allow researchers to test for the variant to identify people at higher risk for the disease.

“If we can get out ahead of the disease, it might help lessen the severe damage that can occur in salivary glands and other organs,” Sivils said. “Early diagnosis and proper treatment are crucial, and discoveries like this one may give researchers and healthcare professionals more to work with as they look for clues to this perplexing disease.”

Sivils conducted the research as part of larger coalition known as the Sjogren’s Genetics Network, or SGENE. The network includes more than 60 scientists and physicians from the U.S., England, France, Norway, Sweden, Germany, Colombia, the Philippines and Australia. The findings were published in the journal PLOS Genetics.

“On behalf of Sjögren’s patients, the Sjögren’s Syndrome Foundation applauds OMRF for its commitment to finding the many unanswered questions about the disease,” said SSF CEO Steven Taylor. “Drs. Sivils and Lessard, along with their OMRF colleagues, continue to leave their mark in advancing Sjögren’s research, and patients worldwide will benefit from their hard work.”