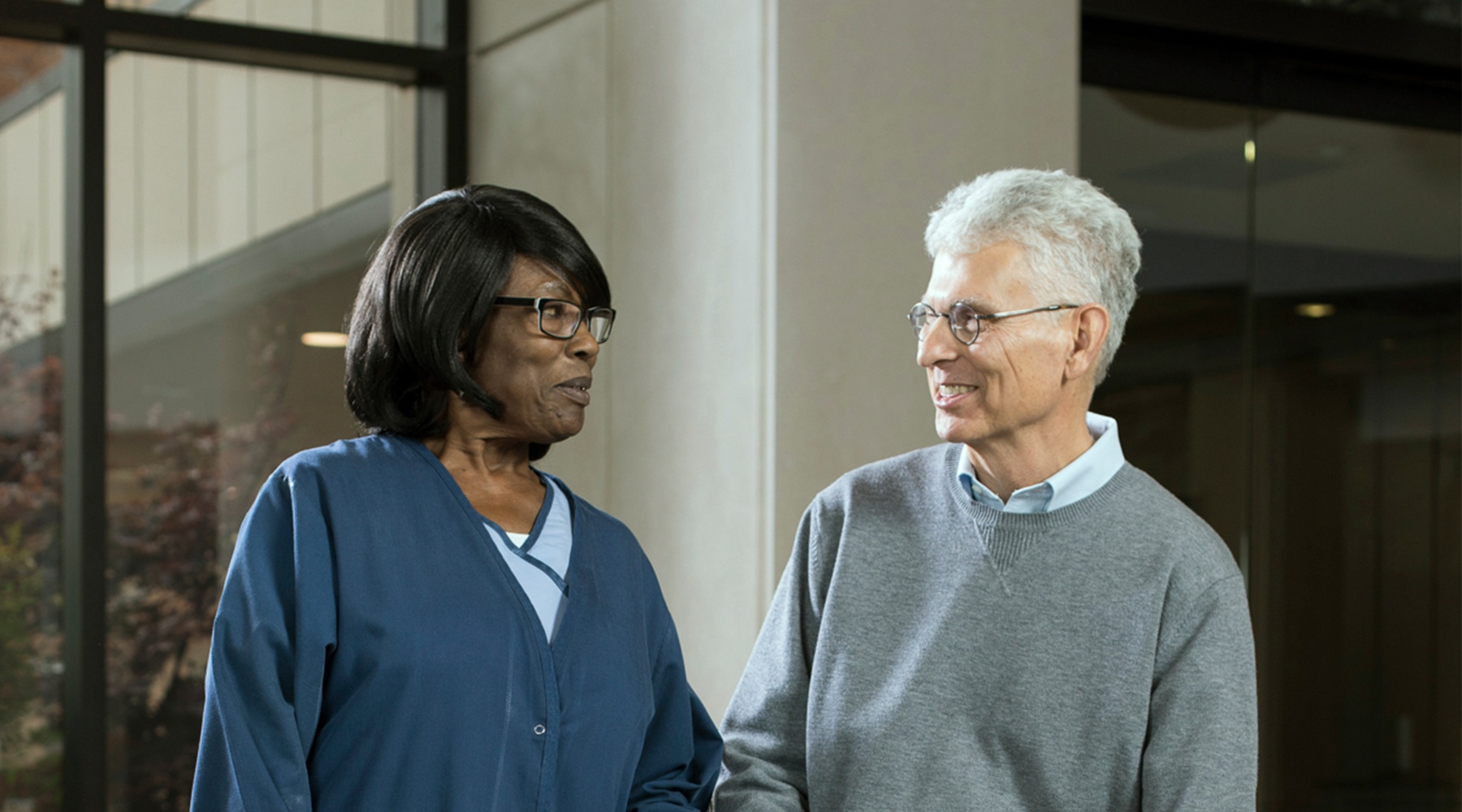 Home - Findings - Hope in the Fight Against Sickle Cell

For Mary Long, the answer to her pain may, literally, be right around the CORNER.

Her grandmother would hum as she rubbed Mary Long’s limbs with liniment. “You’re just a puny child,” she would say, shaking her head. The rubdowns soothed the youngster, but they didn’t erase the aches that seemed ever present in her arms and legs.

In 1950s rural Oklahoma, doctor’s visits were reserved for emergencies. So, Long, who played softball and was the point guard on her high school basketball team, lived quietly with her bouts of pain.

When she became pregnant with her first child in 1970, her feet felt as if they were being stuck with needles. Her hands throbbed. Eventually, the pain forced her to stop working. When Long visited her doctor, blood tests revealed her pain stemmed from a form of sickle cell disease.

In SCD, red blood cells change from their customary round or oval shapes to the form of a crescent or “sickle.” Unlike normal cells, which are pliable and slide easily through the blood vessels, sickled cells become hard and sticky. They stack up inside vessels, which eventually results in inflammation and excruciating pain. In some cases, long-term lack of oxygen can lead to organ damage, stroke or even death.

The disease can affect people of all races, but it’s most prevalent in those with African-American heritage, like Long. Health authorities estimate that 100,000 people in the U.S. suffer from SCD, which has no known cure.

When Long received her diagnosis, her doctor offered no real solutions. “I figured I would just have to live with the pain,” she says. And she did.

Despite chronic aches and discomfort, Long returned to the workforce. In the 1980s, she came to work at OMRF. Since then, she’s been a member of the staff that cleans the foundation’s offices and labs, ensuring that researchers at OMRF can focus their time and attention on developing a deeper understanding of human biology. One of those researchers is Dr. Rodger McEver, who started his lab at OMRF a few years after Long came aboard.

McEver trained as a hematologist, a physician who specializes in blood disorders, and focused his research on white blood cells. Specifically, he studied P-selectin, a protein that mobilizes white blood cells to hunt down and stop invaders like bacteria in the body. McEver and his colleagues created an antibody that blocks P-selectin’s functions. Research indicated that, in laboratory mice, P-selectin exacerbated sickle cell disease symptoms.

To explore clinical applications in humans, McEver helped create a biotechnology company, Selexys. The company fine-tuned the antibody, making an experimental drug that bound to human P-selectin and blocked its function.

An initial round of clinical testing found the drug to be safe and well tolerated by patients. Then, in a larger, multi-center trial in the U.S., Jamaica and Brazil, the medication showed a marked reduction in pain crises suffered by SCD patients.

Based on those results, the pharmaceutical company Novartis purchased Selexys and its experimental drug in late 2016. McEver hopes the medication, now known as SEG101, will soon be approved for treatment of sickle cell disease.

“As a physician, I’ve seen these patients,” McEver says. “Their suffering is extreme.” SEG101 is “still not the ultimate cure,” he says. “But I hope it will help a lot of people until we can do more.”

For Long, relief can’t come soon enough. Last year, she experienced what she describes as the worst sickle cell flare of her life. “Even my face hurt,” she says. The pain left her bedridden for days.

She can’t take pain-relieving medications like ibuprofen or acetaminophen because of stomach issues. Bedrest and a heating pad can dull her symptoms, but they’re far from an adequate remedy. And while she realizes that sickle cell may be inflicting long-term damage on her body, she is more concerned with the children she’s known with the disease. “It just hurts me to know what they go through with this,” she says.

Long hopes McEver’s drug will be a success and that it might also encourage some who’ve lived with SCD to seek assistance. “If you don’t talk about it, you might never know who could help you,” she says. “Dr. McEver has used his knowledge, and it might make life better for many who suffer with sickle cell disease. I really hope it happens.”